As expected, the Federal Reserve raised interest rates by 0.5% on Wednesday, its seventh consecutive increase. While this hike was smaller than prior increases, the central bank signaled that the fight against inflation may be tougher than envisioned, and the consequences for unemployment and economic growth could be more negative than previously thought. 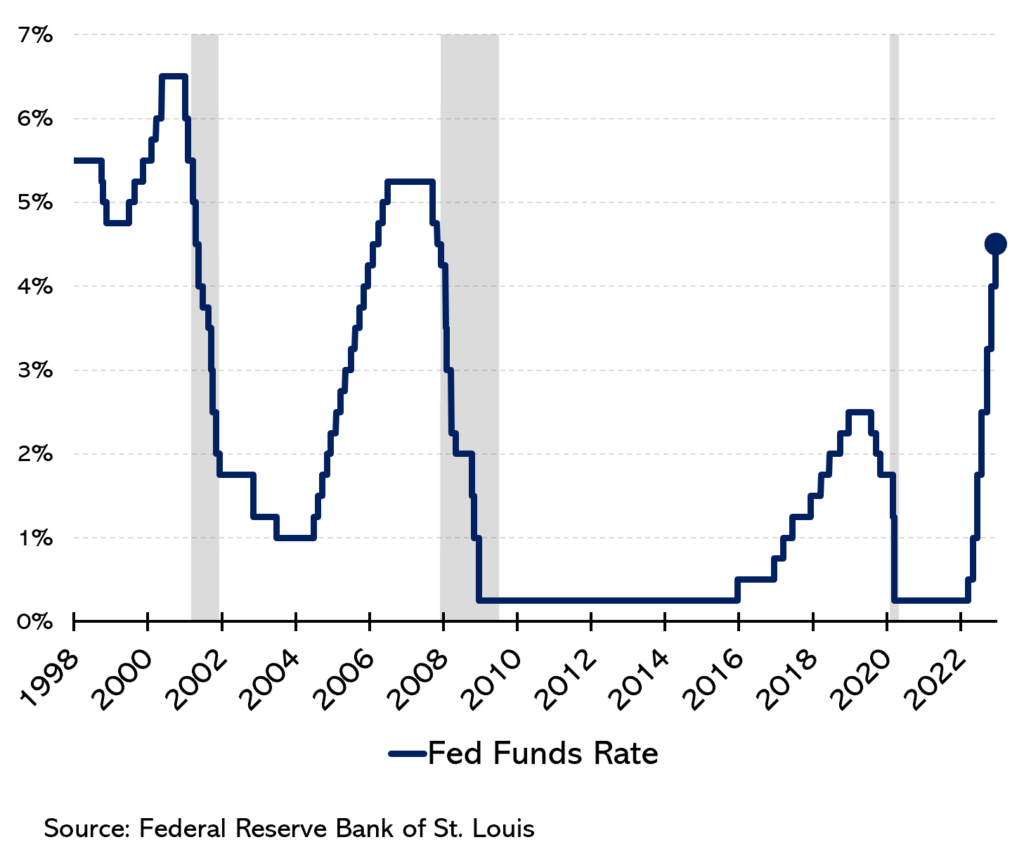 Wednesday’s interest rate increase brings the Fed’s base rate to a range of 4.25% to 4.5%. While the 0.5% hike is less than the 0.75% increases that the Fed has implemented in each of its last four meetings, it nonetheless takes interest rates to the highest level they have been at since early 2008. This will mean increases in the rates that consumers pay on their credit cards and similar debt.
What’s worth noting is that interest rate increases of this speed and magnitude have historically been associated with recessions. That was true in the early 2000s and at the time of the financial crisis. (The brief recession in 2020 was Covid-related.) 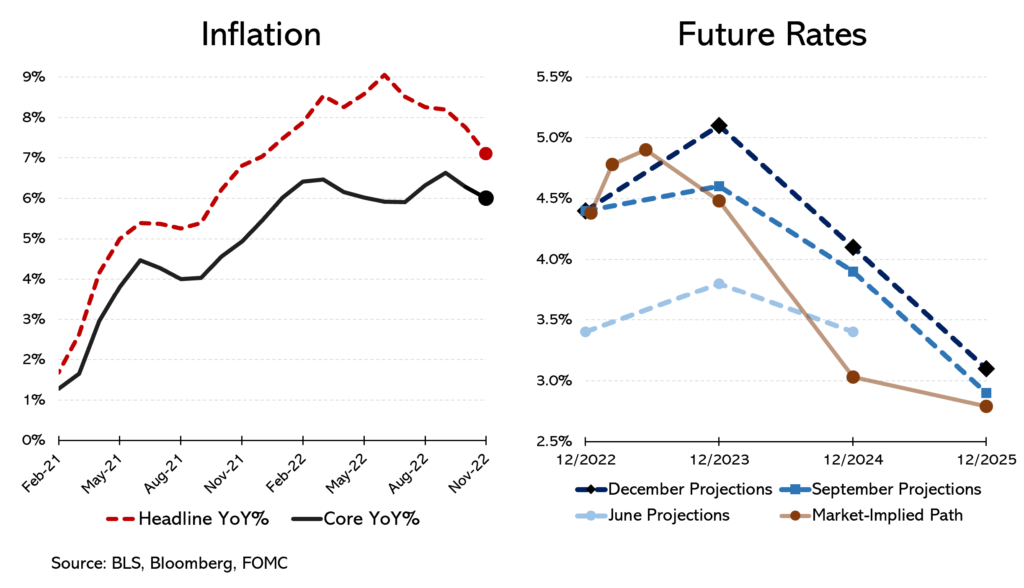 What is motivating the Fed’s modestly gloomier outlook is the stubbornness of inflation. While “headline inflation” (all price increases) appears to have peaked in the spring, it still remains at 7.1% (even recognizing Tuesday’s slightly better than expected report). More concerning is that “core inflation,” which excludes the volatile categories of food and energy, remains stubbornly high at around 6%.

As a result, the members of the Federal Open Market Committee now expect interest rates to peak at a higher level than expected as recently as September (just over 5% versus just over 4.5%) and to remain above previous forecasts through 2025. (The bond market is slightly more optimistic than the Fed, in part because it appears to believe that economic growth will be weaker than the Fed thinks and therefore, inflation will not be as much of a problem.) 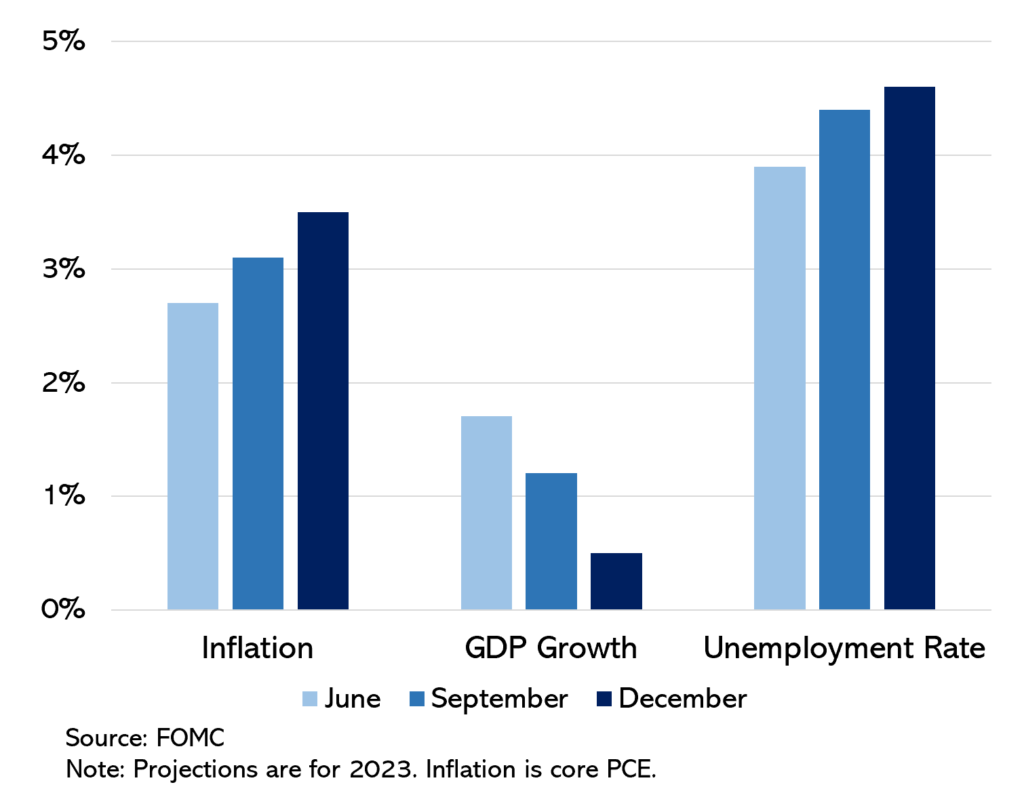 Stubborn inflation and higher rates have consequences for jobs and growth. The Fed now expects “core inflation” (using its preferred measure, the PCE price index) in 2023 to be around 3.5%, well below the current level but still meaningfully above the Fed’s target of 2%. As a result of the higher expected interest rates, it predicts that economic growth will dwindle to about 0.5% and unemployment will jump to 4.6%. Note that the vast majority of outside economists now believe that we will experience a recession in 2023 or 2024, a prediction that the Fed has not yet endorsed (even though 11 of the last 14 tightening cycles have been followed by a recession).