Elon Musk’s antics have had a notable business effect on his biggest endeavor (and the source of the largest component of his wealth), Tesla. 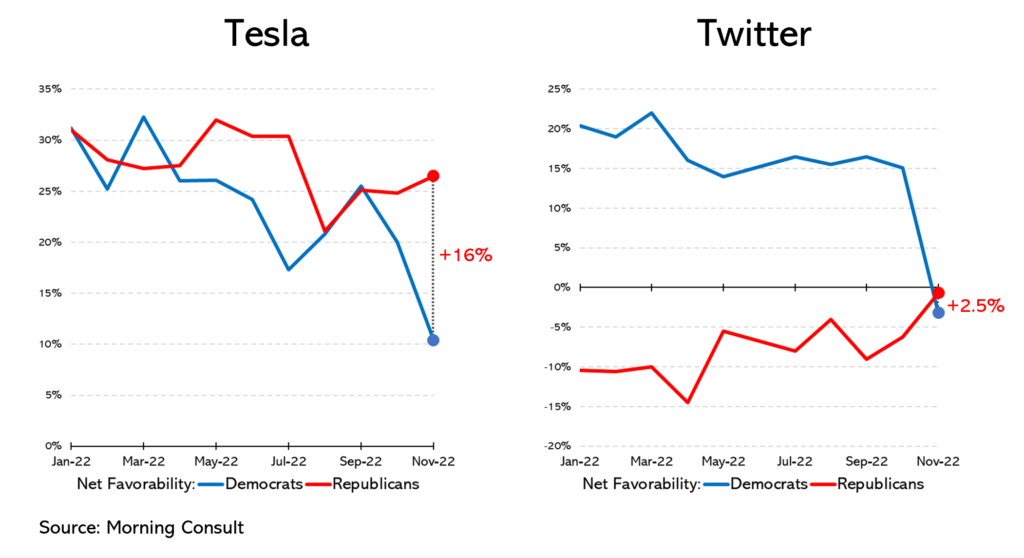 By comparison, Twitter has historically found more favor with Democrats than with Republicans. But since Musk’s purchase, that gap has – perhaps not surprisingly – closed. 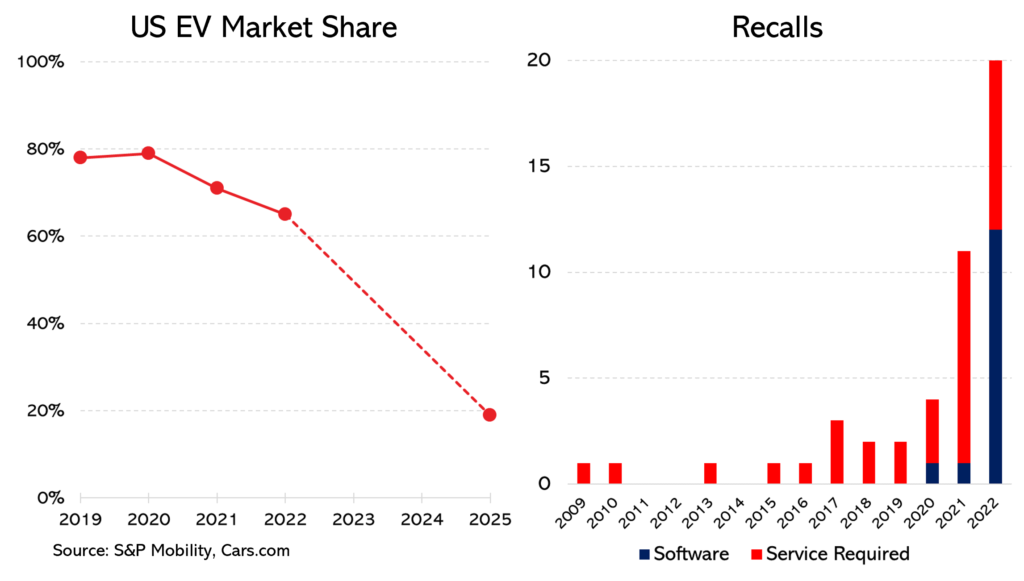 Musk’s politicization of the automaker comes at a somewhat difficult moment for the company. While its sales are still growing, its market share is declining, particularly for its lower-priced versions, like the Model 3, which costs $48,000. With many new electric vehicles coming to market (as many as 159 by 2025, compared to 48 today), the company faces significant new competition.

Meanwhile, it has begun to have quality control issues. In 2022, it has issued 20 recalls, 12 involving software that could be fixed remotely and 8 involving hardware. That’s up from 11 total in 2021 and 4 in 2020. Also this year, both the Department of Justice and the National Highway Traffic Safety Administration have opened investigations. 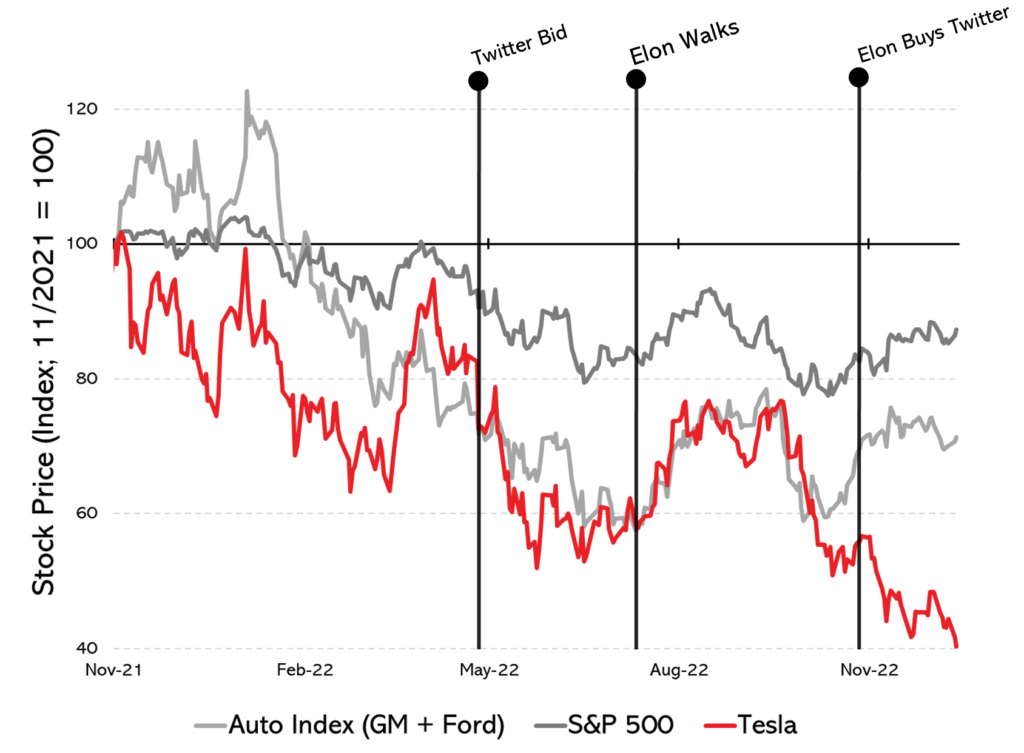 All of that has taken a toll on Tesla’s stock price, which is down 54% so far this year (15th worst out of the 500 companies in the S&P index.) That is also substantially worse than the stock price performance of other automakers. (At least part of this decline is due to Musk selling shares; he sold $4 billion worth in November alone.) As a consequence, just yesterday (Tuesday), Musk lost his status as the richest person in the world to Bernard Arnault, the CEO of Louis Vuitton, according to the Bloomberg Billionaires Index.