As midterm election campaigns draw to a close, two perhaps-surprising facts have emerged from the “money chase.” First, as much as $9 billion is likely to be spent on just Senate and House races. And second — contrary to some public perceptions — money is not the Democrats’ problem. 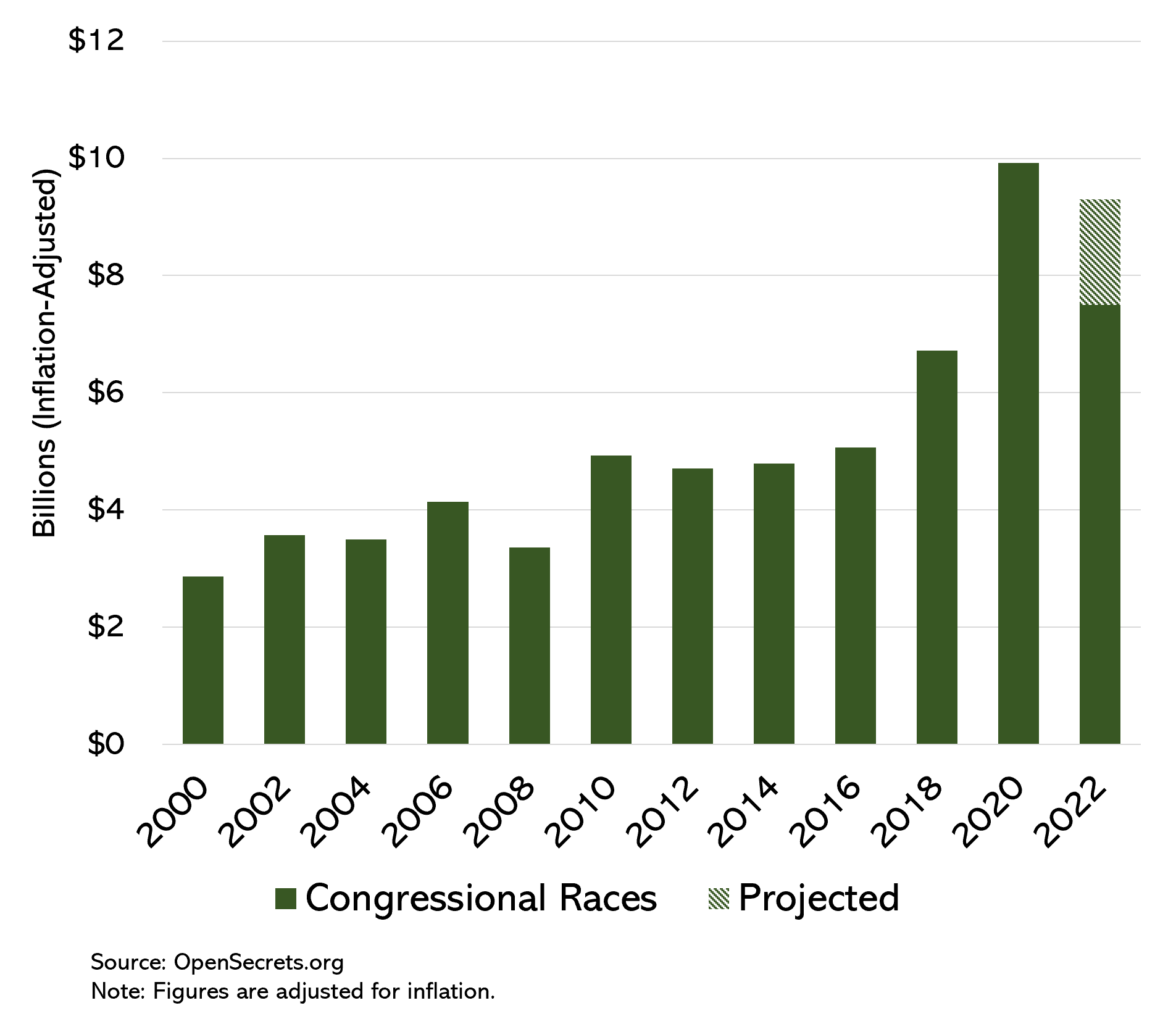 The escalation in overall campaign spending has been remarkable. This cycle’s $9 billion compares to $2.9 billion back in 2000 — and that’s after adjusting for inflation. The escalation amounts to an annual rate of 5.5%, considerably more than the economy’s real rate of expansion of 2% over the same period. (Before adjusting for inflation, just $1.7 billion was spent in 2000.)

The Citizens United decision in 2010 certainly played a role in the money explosion but perhaps surprisingly, just 25% of the $7.5 billion in (disclosed) spending thus far is accounted for by the third-party expenditures made legal by the decision. 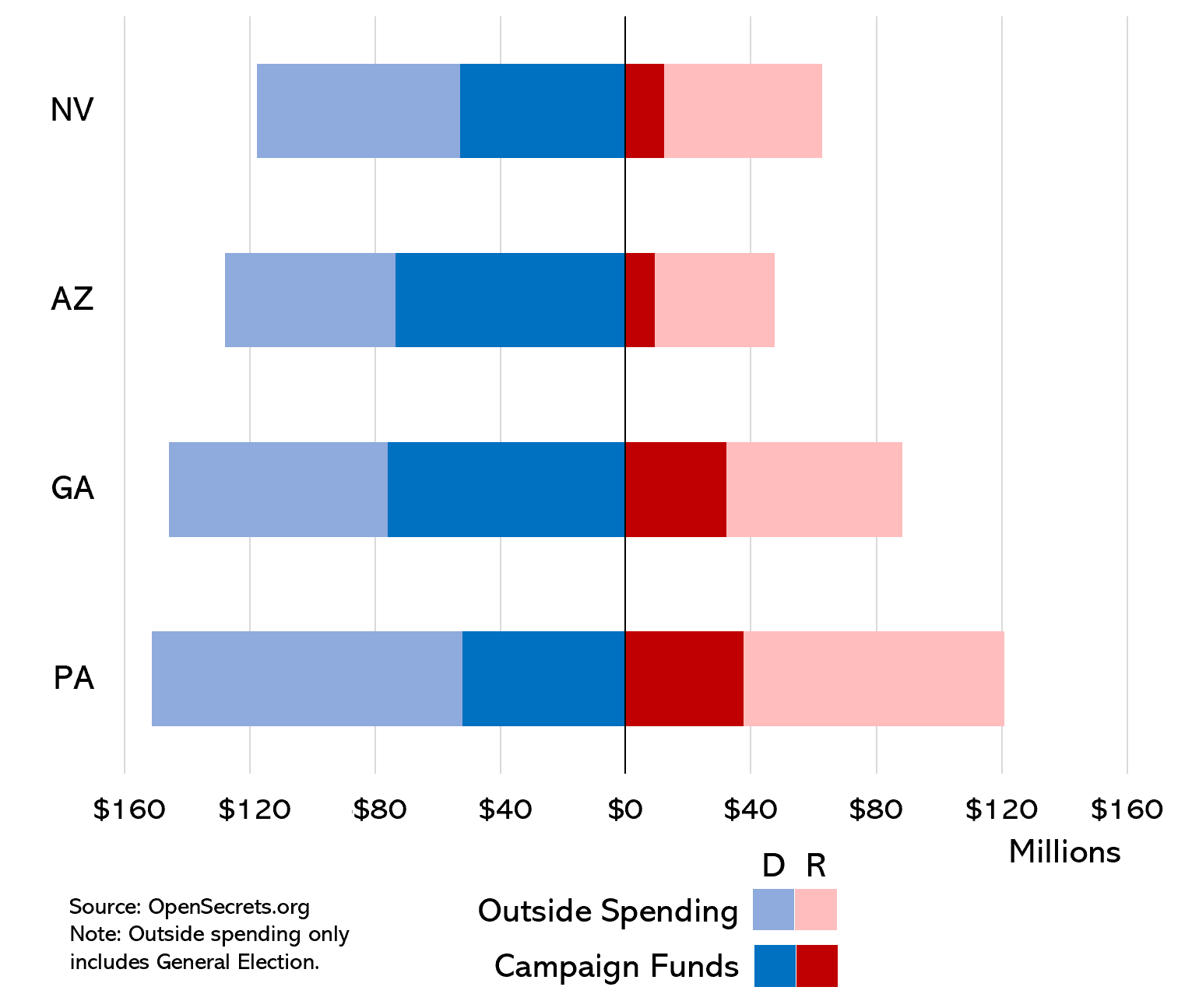 As for the money race between Republicans and Democrats, consider the four more competitive Senate races. Democrats have outraised Republicans in all four of them, particularly in the so-called “hard dollars” raised by the individual campaigns. These hard dollars are precious because campaigns can buy television time more at lower rates with this money than ads bought with “soft money.” But the maximum contribution by an individual to a candidate in a general election is limited to $2,900. 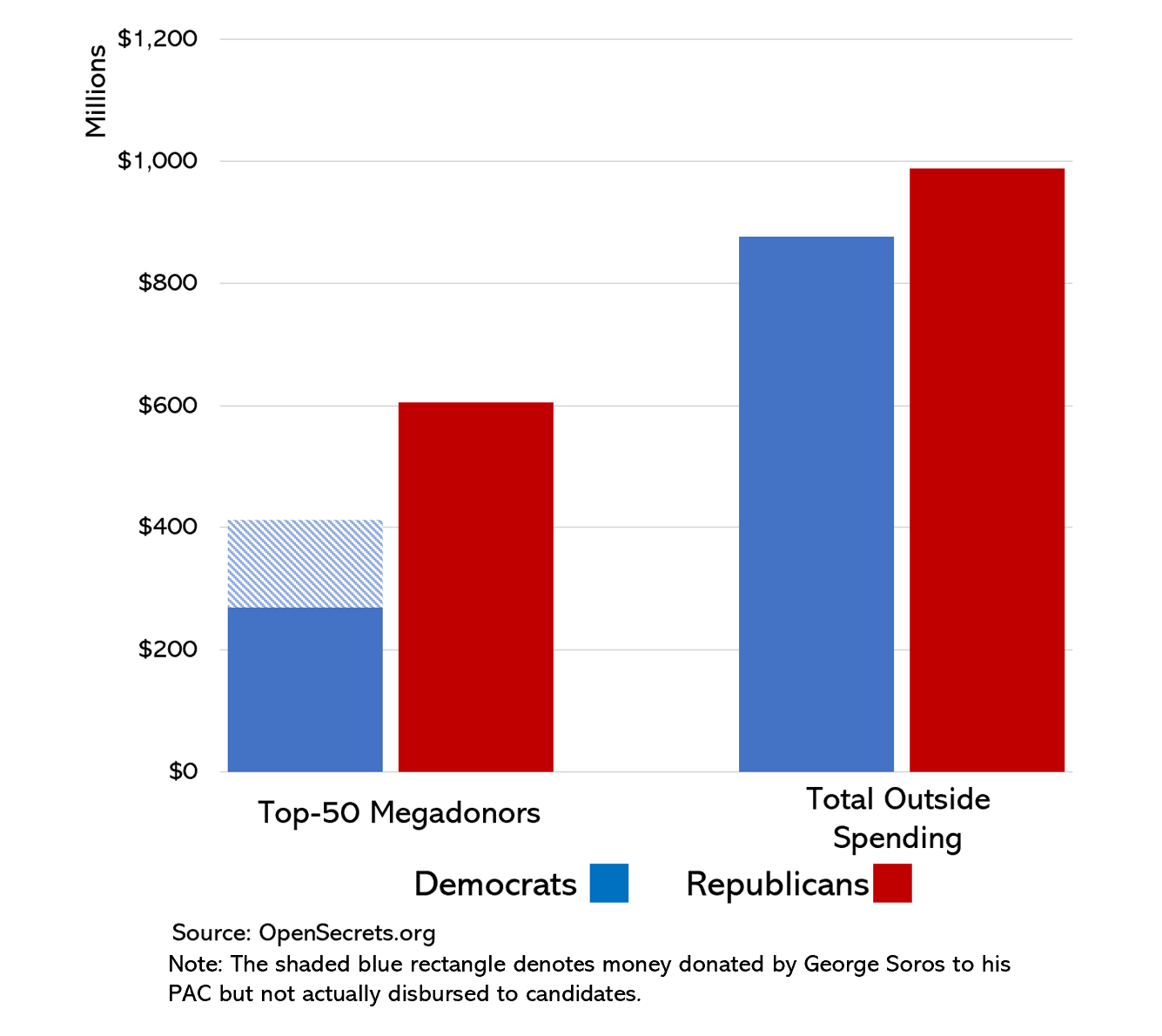 Where the Republicans have an advantage — not surprisingly — is among the very largest individual donors. Seven of the 10 largest individual funders dispense their largesse on behalf of Republicans. From the largest 50 donors alone, Republicans have yielded $605 million – compared to $412 billion for the Democrats. (Note: This includes $127 million from the largest Democratic supporter, George Soros, into his political action committee, but only some $15 million of that has apparently been actually spent on behalf of candidates.) Among all outside spenders, the Republicans’ lead is smaller, $990 million to $876 million.