On MSNBC’s Morning Joe today, Steve Rattner broke down the markets’ view of the tightening race for control of Congress. Here are three supporting charts:

With Election Day exactly two weeks away, polls are shifting in worrisome ways for Democrats and so are prediction (or betting) markets. While markets, like polls, have not always been accurate, they have often been more reliable predictors of outcomes than polls and so are worthy of our attention. But it’s important to remember that there will likely be surprises – there almost always are! 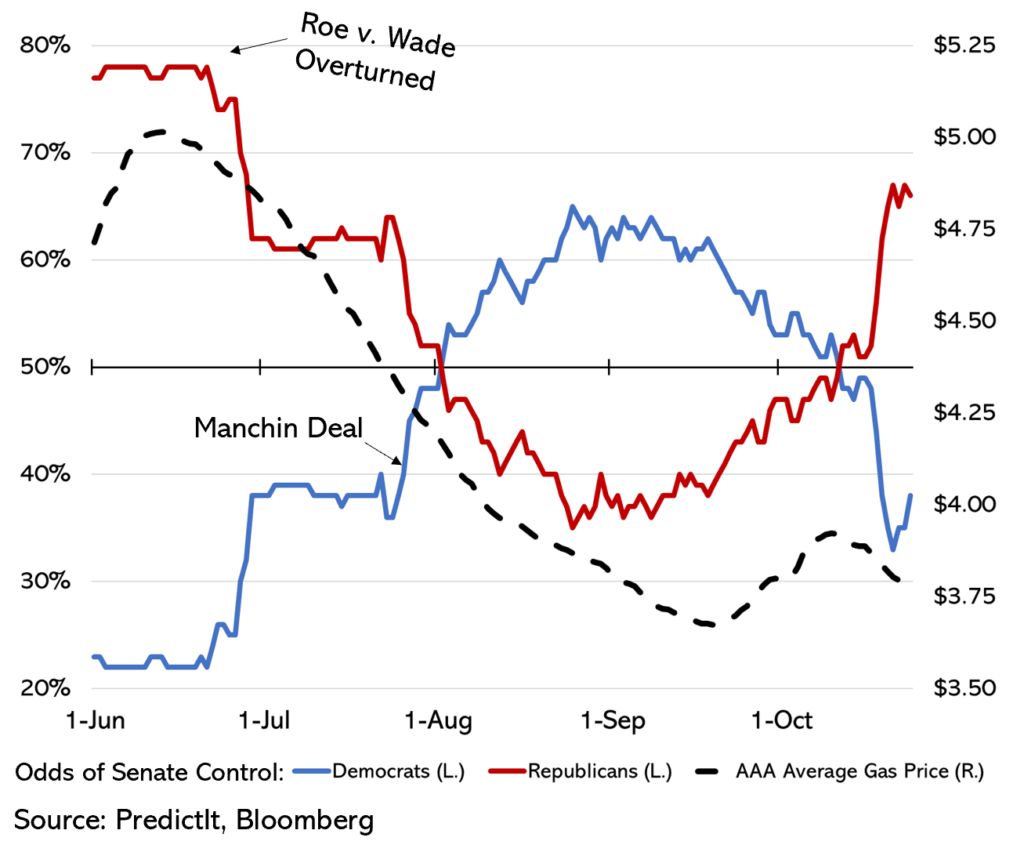 As polls have also shown, the race for control of the Senate has gyrated, from an exceptionally high probability of a Republican takeover to a more modest likelihood of Democrats retaining control and now to a slight edge in favor of Republicans. It’s important to note that a 60% probability does not mean that Republicans will necessarily prevail; it indicates that in 6 elections out of 10 with the same set of facts, Republicans will win – and in 4, the Democrats would come out on top.

The Republican slide in the prediction markets began with the overturn of Roe v. Wade and continued through the summer, as Democrats notched substantial legislative victories, from climate change to semi-conductors. But then the tables turned, as voters turned their focus back to the economy and inflation and Republican odds rose to 66% before dipping back modestly just yesterday. Note that, while not a perfect correlation, gasoline prices have significantly tracked the fortunes of the two parties. 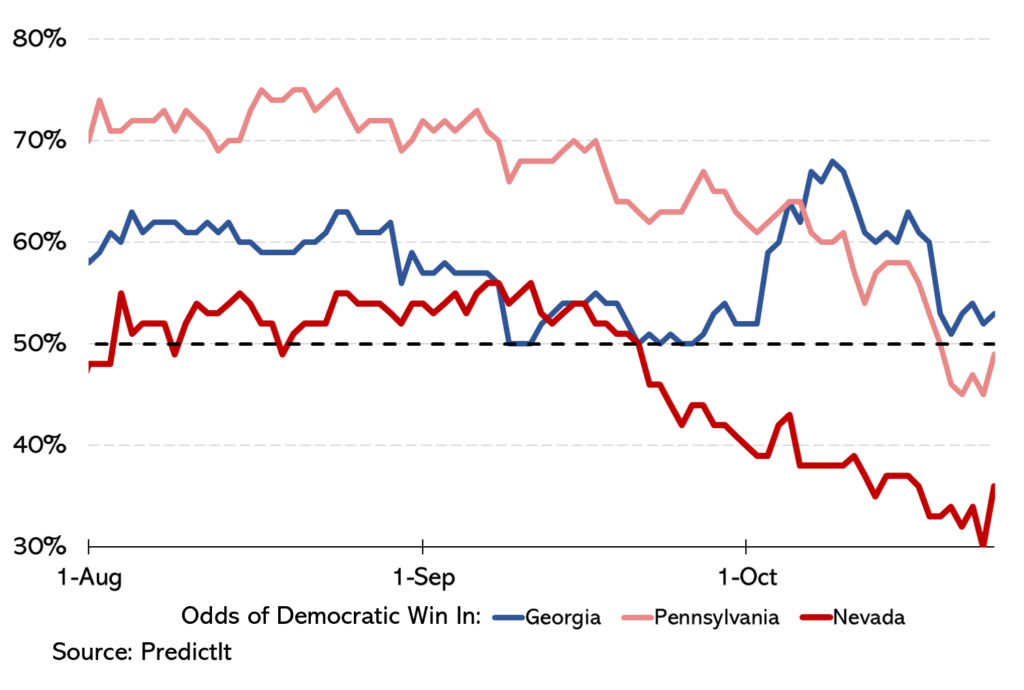 If prediction markets are accurate, control of the Senate may come down to three races: Nevada, Georgia and Pennsylvania (with Arizona a close fourth). The Democrats’ biggest slippage has been in Nevada, where the Republican candidate, Adam Laxalt, comes from a venerated local family and has a background devoid of the kinds of issues that have troubled Republican candidates in Pennsylvania and Georgia. In those two states, the races are essentially toss-ups. So why are the Republicans still favored to win overall control? Because if the Democrats lose Nevada (and no other Senate seats change parties), they must win in both Georgia and Pennsylvania while the Republicans must only win one of those to take over the chamber. (Note that the bump that Raphael Warnock got earlier this month occured after the unsavory revelations about his opponent, Herschel Walker.) 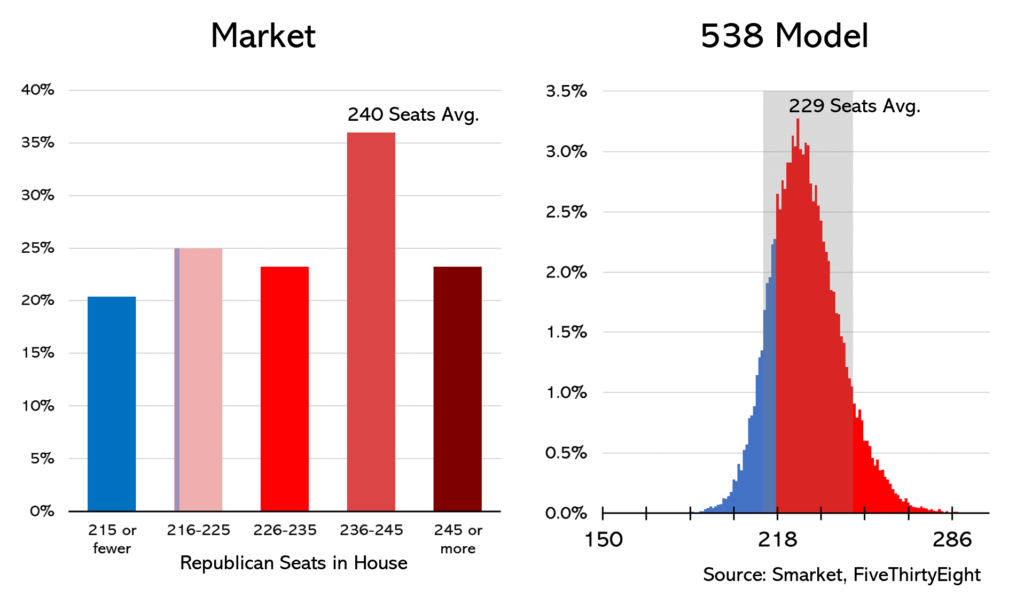 Both the polls and the prediction markets suggest less uncertainty about the outcome of competition for control of the House. Prediction markets have consistently given Republicans a substantial edge. In the minds of the markets, the major outstanding question is how many seats are likely to swing to Republicans. While the distribution of potential outcomes is wide, the center of the outcome with the highest odds would give Republicans around 240 seats, a swing of close to 30 seats. It’s important to note that with respect to both the House and the Senate, the prediction markets are noticeably more optimistic about Republican chances than other forecasters, like FiveThirtyEight, that use models that incorporate polls and other data. FiveThirtyEight, for example, puts the likely swing at closer to 17 seats. (In 2018, 41 seats flipped from Republicans to Democrats and in 2010, 63 seats changed hands in the opposite direction. Since 1934, the average mid-term swing has been 28 seats.)