Steve Rattner’s Morning Joe Charts: $31T in National Debt — How Did We Get Here?

On Morning Joe today, Steven Rattner discussed the latest figures on the national debt, which just crossed the $31 trillion mark. Below are four supporting charts: 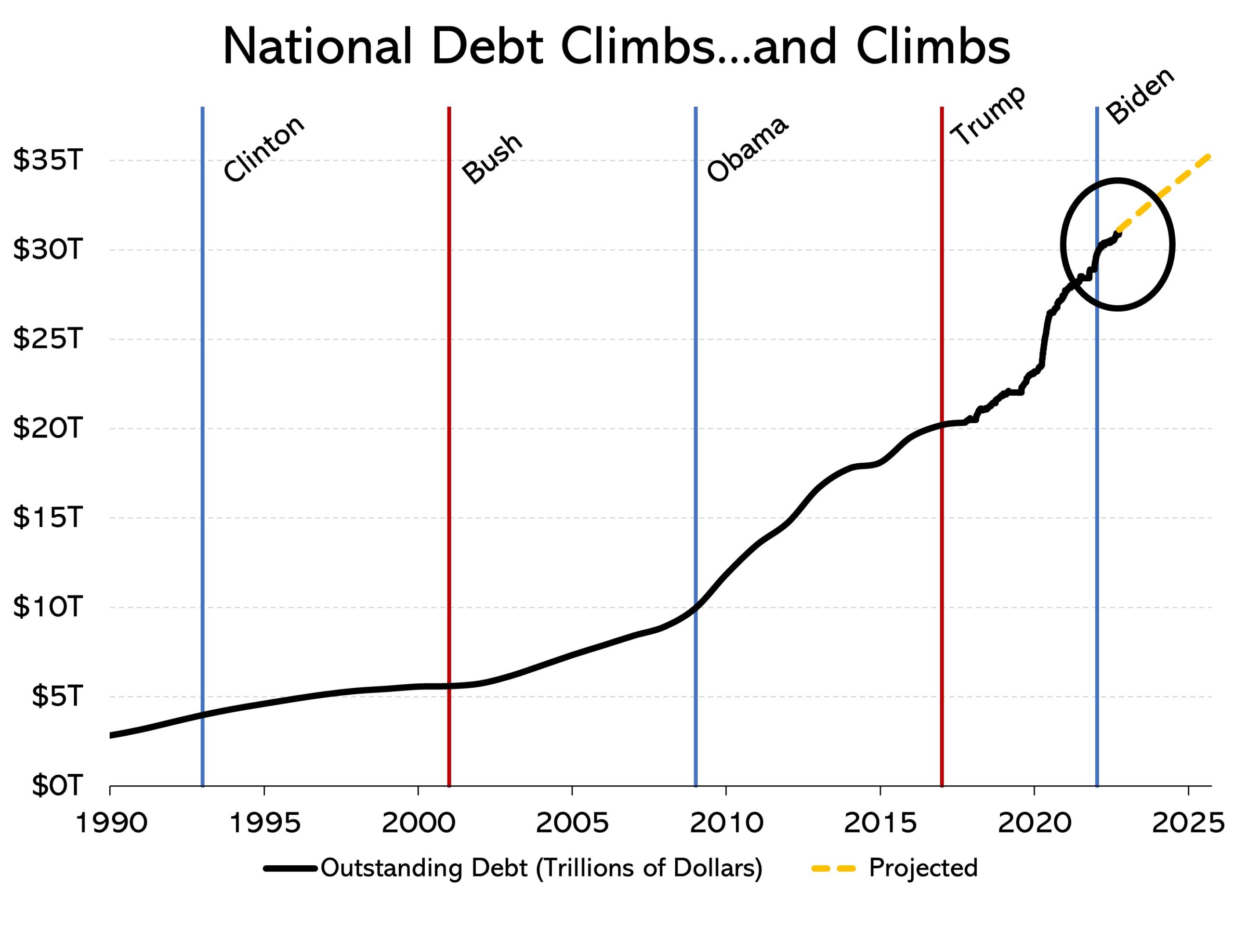 In the first 200 years of our nation’s existence, we accumulated $4 trillion of debt (including the cost of fighting two world wars). In the subsequent three decades, we added $27 trillion to that figure. Sure, the dollar is worth less today, but, nonetheless, the rapid rise in our national debt is extraordinary. 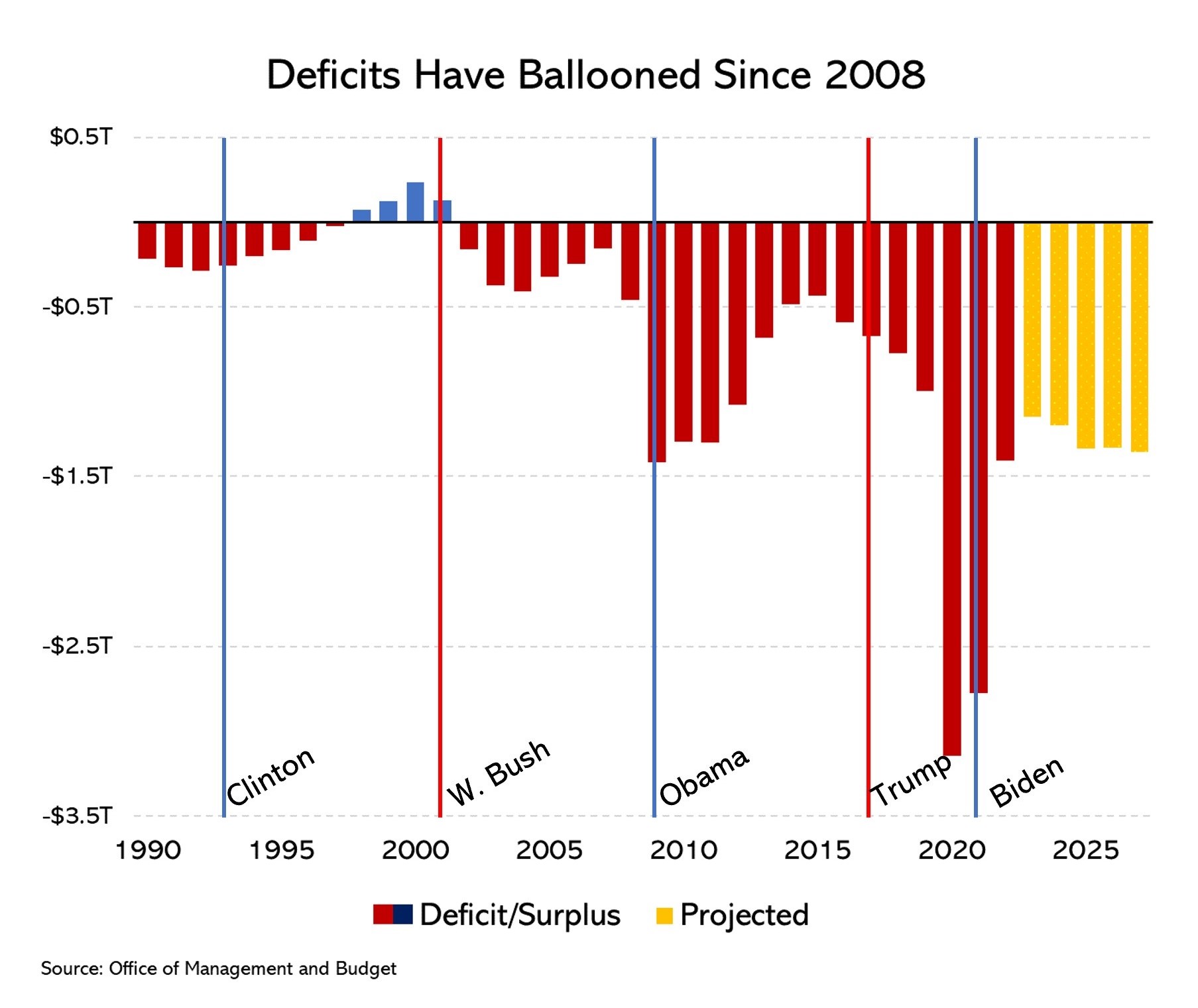 Some of the recent rise had to do with disasters (9/11 and Covid) and some had to do with economic downturns (the GFC and Covid, again), but much had to do with the change of mentality when George W. Bush took office and Vice President Dick Cheney famously said, “Reagan proved that deficits don’t matter.” But while Bush made deficits accepted, the magnitude of the increases – first after the financial crisis hit, and then when Covid arrived – dwarfed anything we’d ever imagined (except, perhaps, during World War II). Perhaps worse, while the deficit has finally started to come down, it’s projected to remain near or above the $1 trillion mark for many years to come. 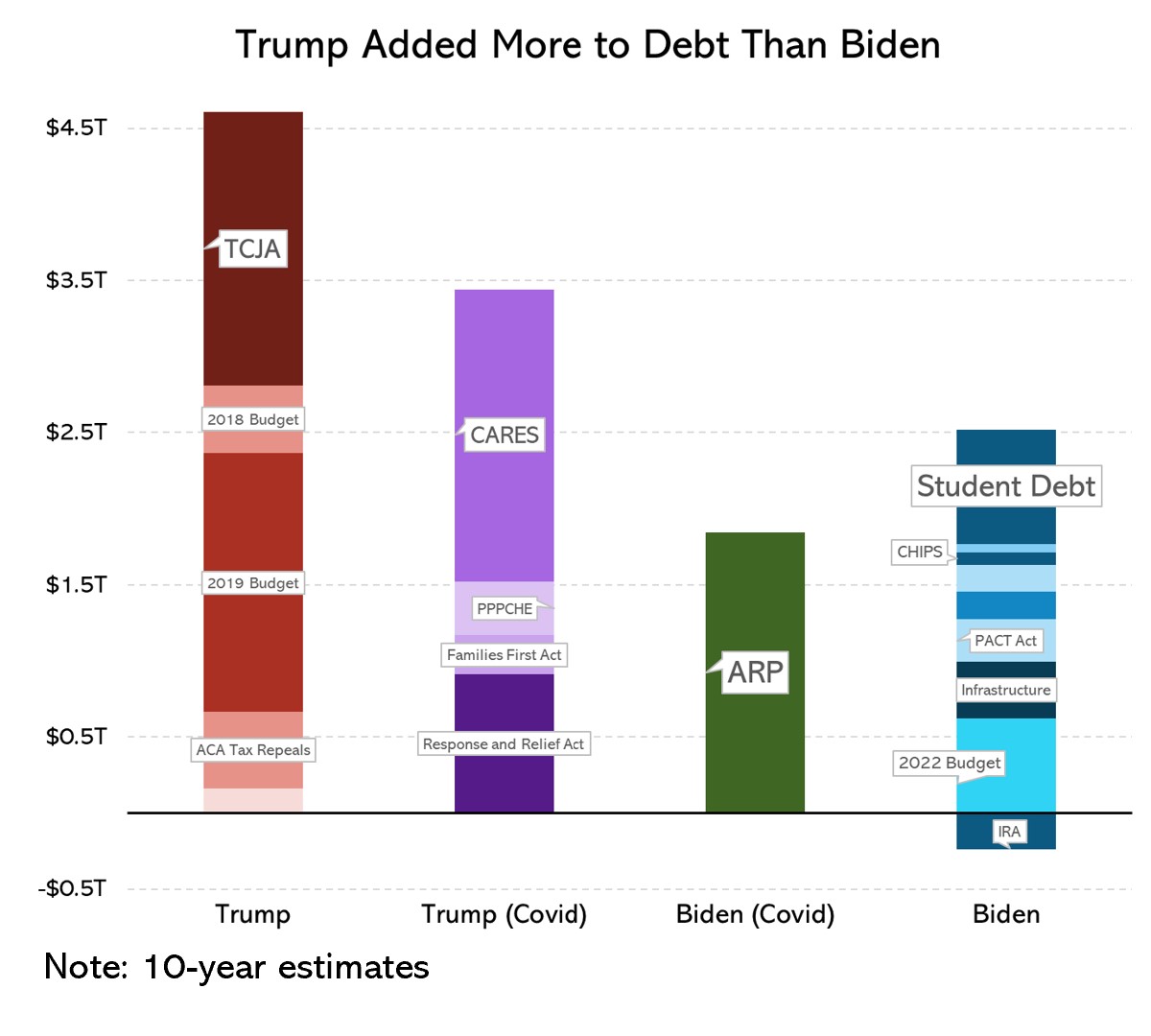 Breaking the last six years into the Trump era and the Biden era shows that Donald Trump, by far, did more to add to the national debt. Under his leadership, Congress both cut taxes and increased spending (apart from Covid-related outlays) by a staggering $4.6 trillion, compared to $2.3 trillion as a result of Joe Biden’s initiatives. (Addressing Covid added a further $3.5 trillion under Trump and $1.9 trillion under Biden.) 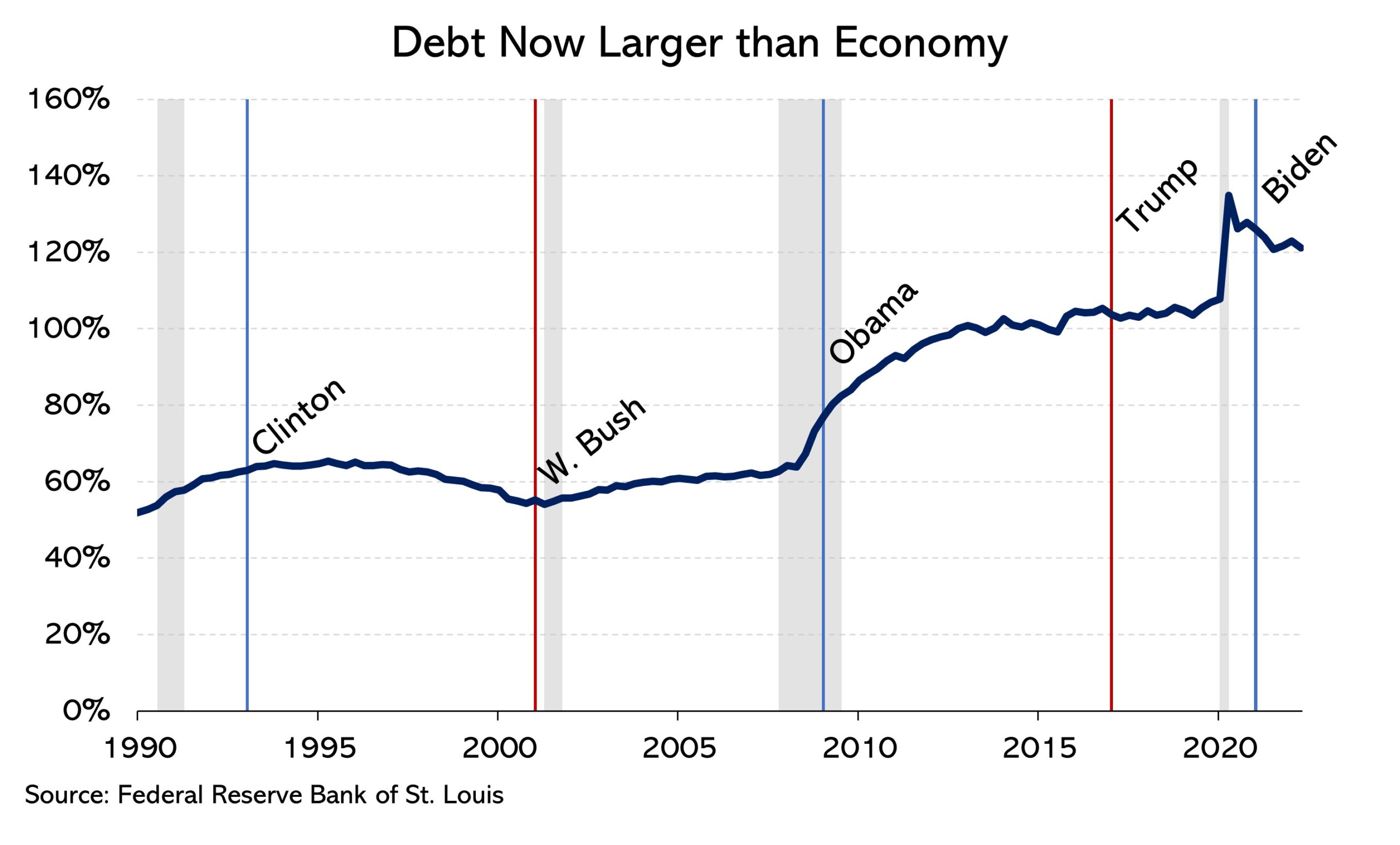 Putting all that together, the problem is that the accumulation of debt has taken place faster than the economy has grown, and the ratio of debt to GDP has increased to 120%. While there is no magic number for how high this ratio can be prudently allowed to reach — and the United States has the advantage of being the world’s reserve currency — the higher interest costs associated with more debt can begin to squeeze down meritorious spending and slow economic growth, which compounds the challenge. In the years when interest rates were low, some argued that these interest costs would not be problematic, but now that interest rates are rising quickly….