The August Consumer Price Index results that were reported Tuesday proved a deep disappointment to economists, the financial markets and presumably, the White House. While the previous month’s figures had suggested that inflation was coming under control, the new numbers upended that narrative. With only one more CPI report to go before the midterm elections, the political consequences for the Democrats could be significant. 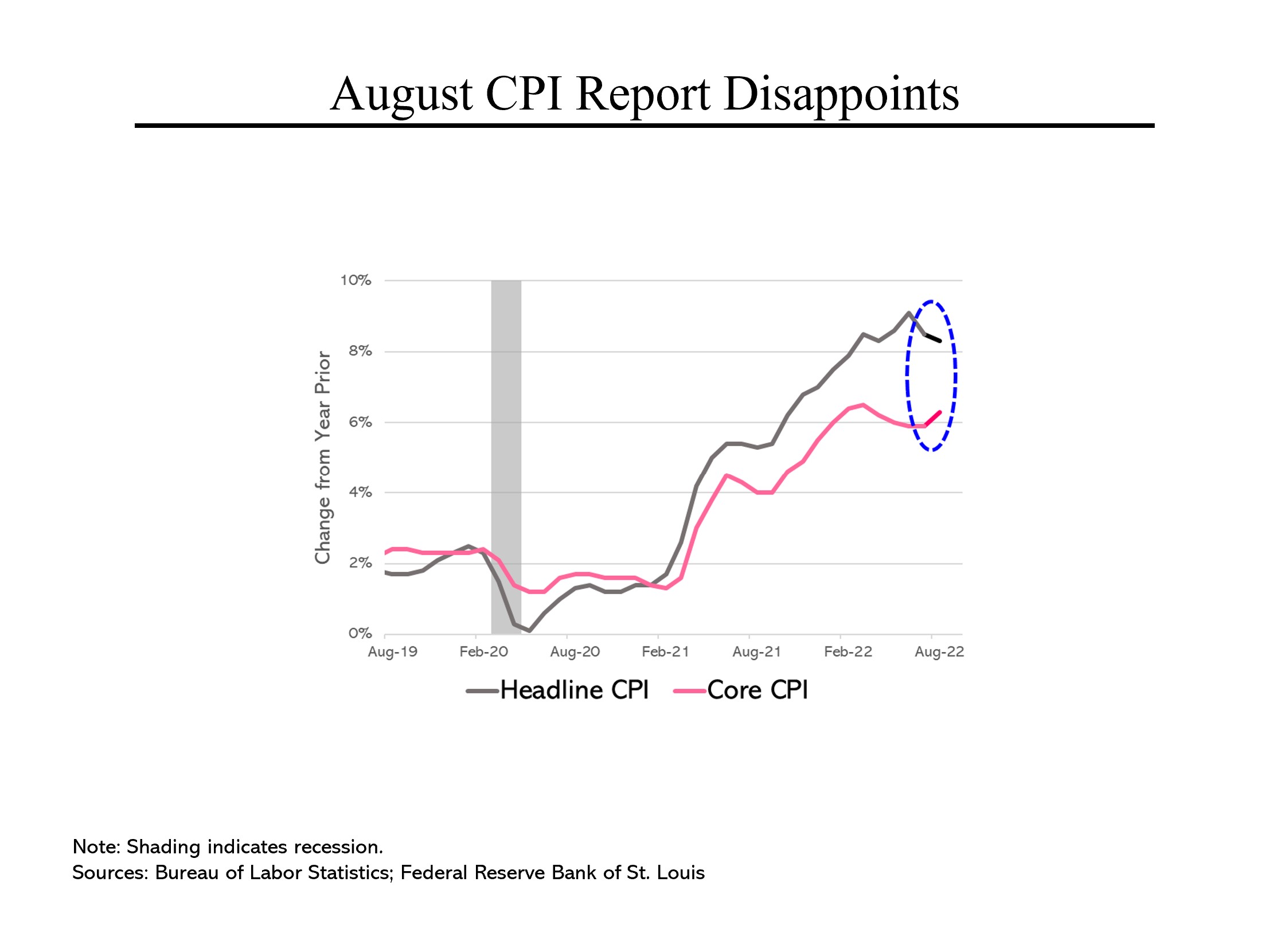 For starters, the 8.3% “headline” CPI increase was worse than consensus estimates for an 8.1% rise over last year. Worse than that were the underlying trends, particularly the increase in “core” CPI – everything except the volatile categories of food and energy. Those increases – in both goods like home furnishings and in services such as healthcare, as well as in housing – raise fears that rising prices are becoming more embedded in the economy, making the job of the Federal Reserve harder. All told, core inflation totaled 6.3% in August, up from 5.9% in July. On a month-to-month basis, core CPI rose by .6%, twice what was projected. 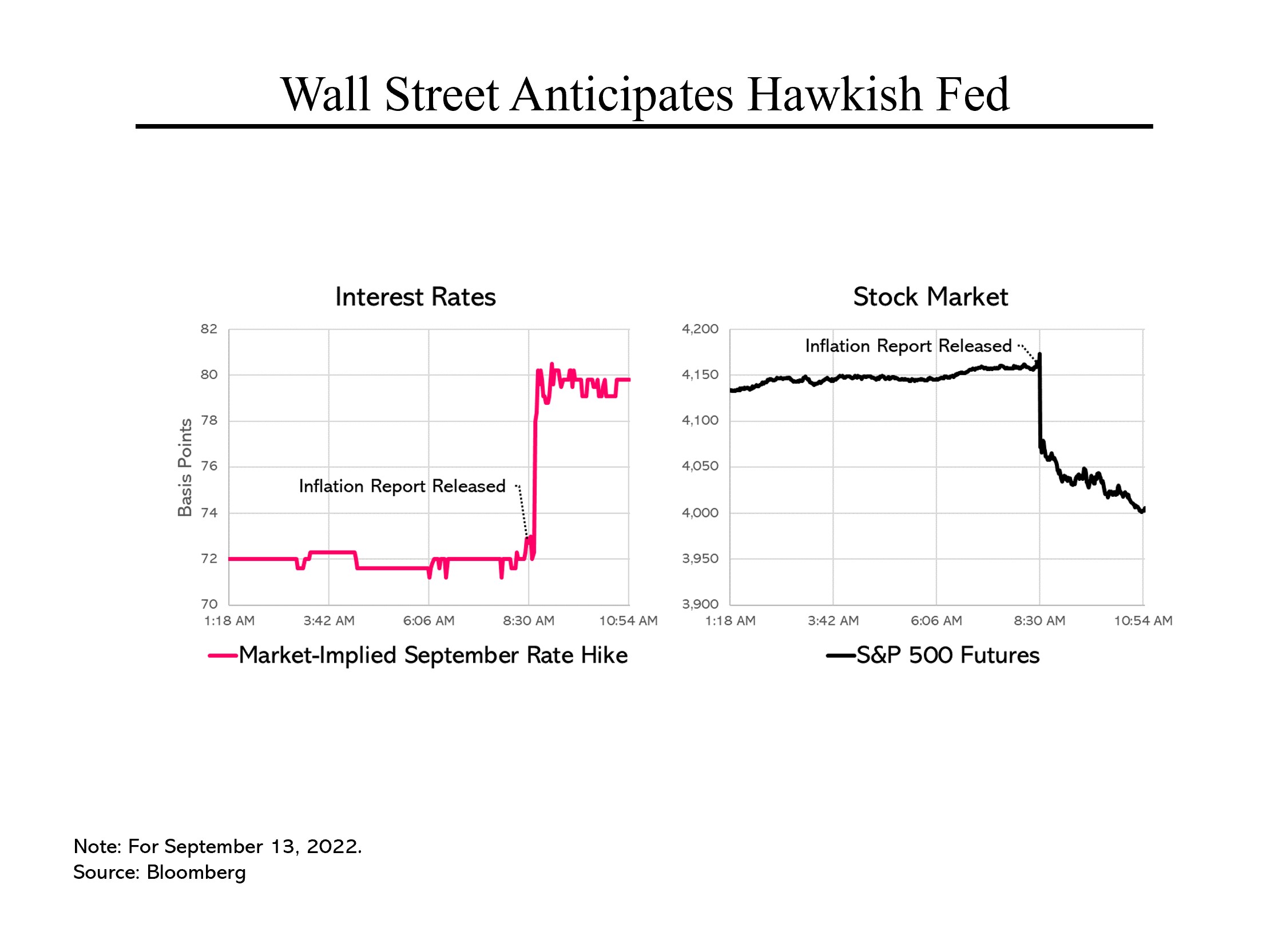 Wall Street reacted immediately. Expectations for next week’s Federal Open Market Committee meeting moved from an anticipation of not more than a 0.75% increase in interest rates and possibly just 0.5% to a minimum of 0.75% and the possibility of a full percentage point, a magnitude of an increase not implemented by the Fed since the early 1980s. Looking beyond next week, the market now believes that the federal funds rate – the base rate targeted by the Fed – could reach nearly 4.5% next spring, up from the 4.0% projected just before the CPI announcement.

Higher interest rates are the enemy of the stock market and S&P futures reacted almost as quickly, moving into sharply negative territory well before the opening bell at 9:30 am. By the close of trading, the S&P 500 index had fallen by 4.3%, the worse day for the market since the early stages of the pandemic in 2020. 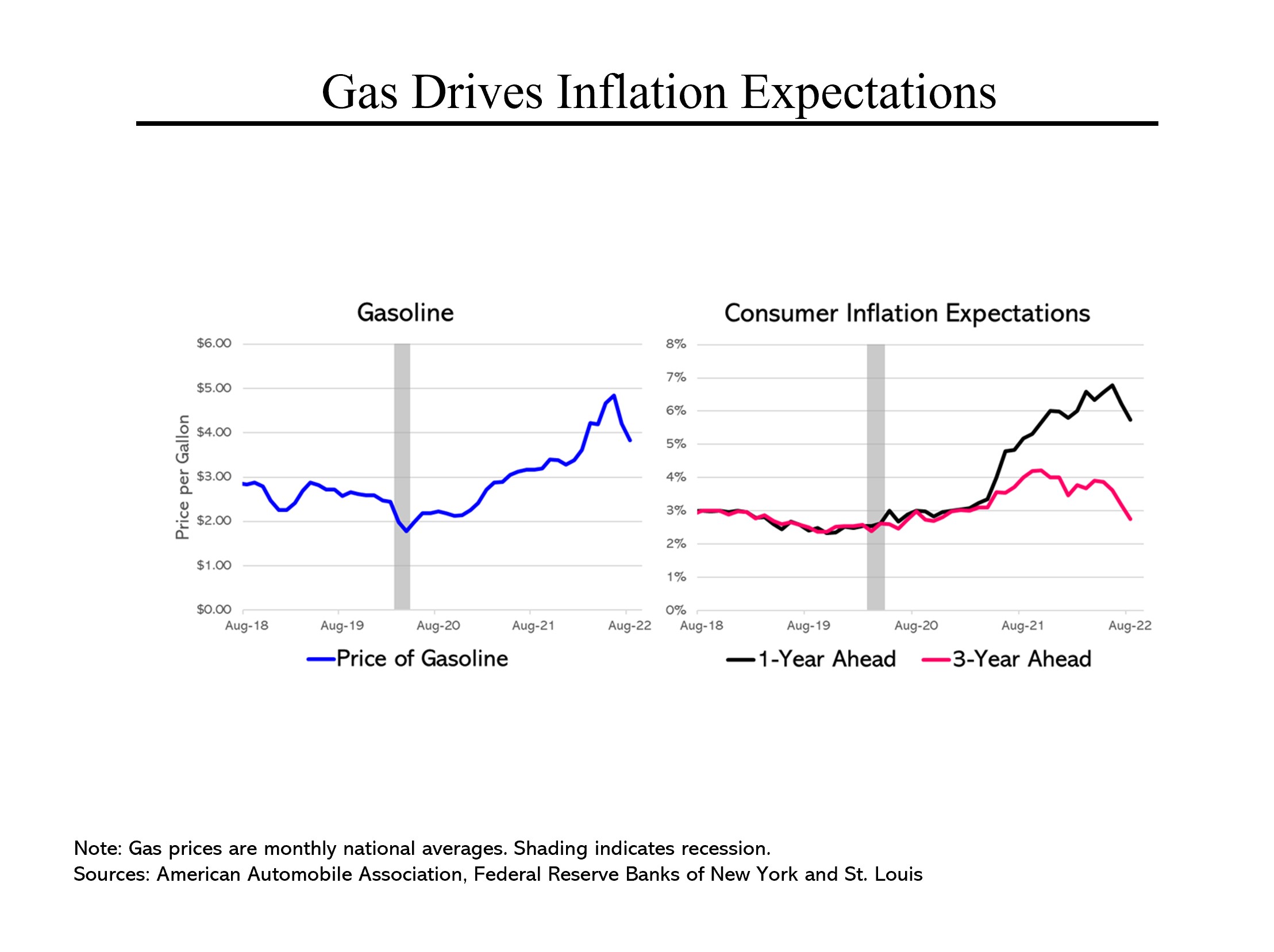 While the market reaction was instantaneous, the political reaction will take some time to unfold. For the public, the most visible indicator of price movements can be gas prices. When gas prices were rising sharply, so were consumer expectations for future inflation. Since gasoline prices have begun to decline, anticipated future inflation has also been falling. One of the few bright spots in yesterday’s report was the extent to which falling pump prices have held down headline inflation, by .51 percentage points on the month.