The American economy is at an extraordinary inflection point – much to celebrate but also much to worry about. In particular, policymakers are trying to address the inflation problem without tipping the nation into an undesired recession. The challenge is a bit like trying to land a 747 on an aircraft carrier. 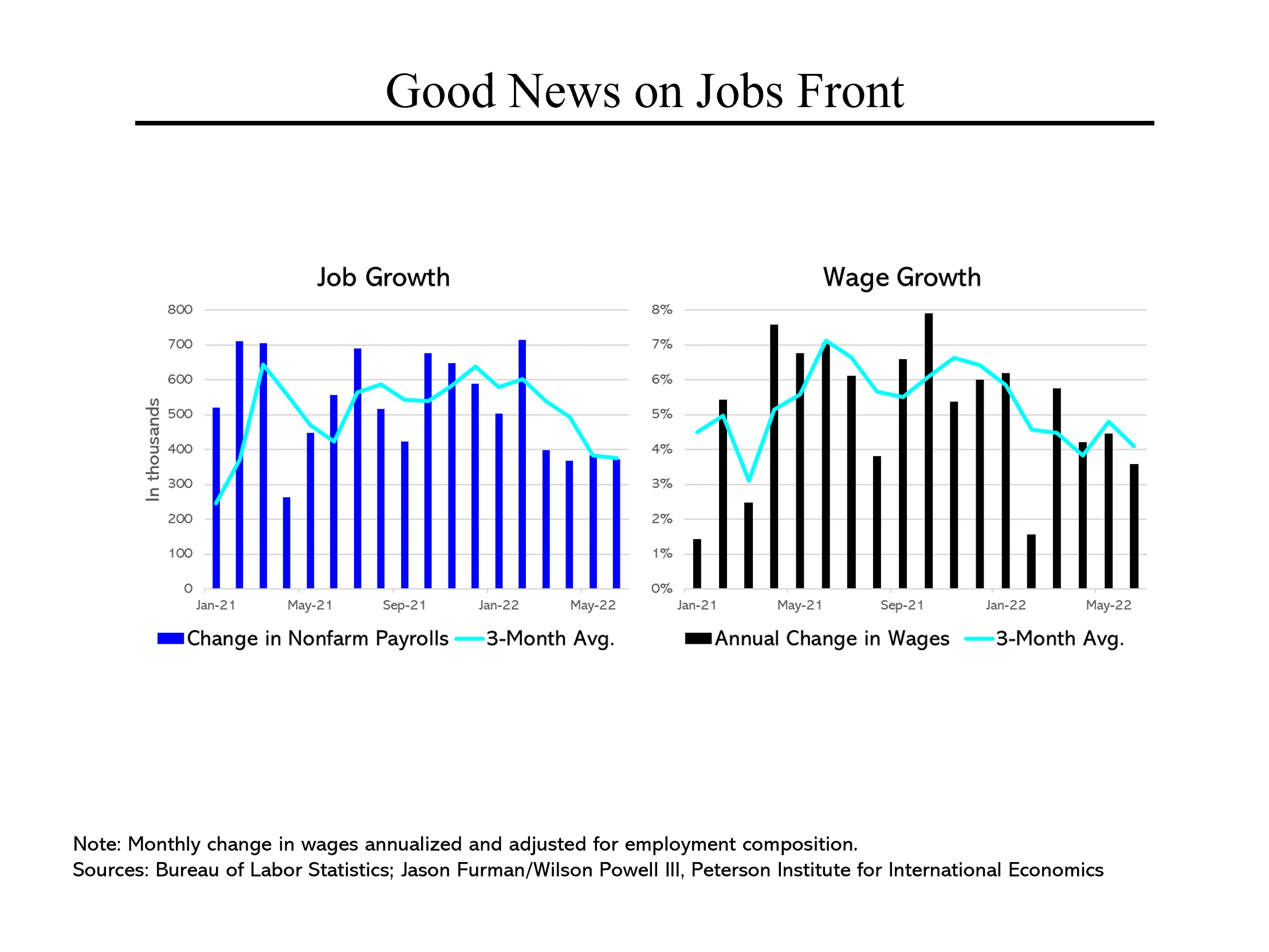 On the good news front, the American jobs machine marches on. We added 372,000 jobs in June, 100,000 more than expected, bringing the total number of new jobs in 2022 to almost 3 million. Importantly, we now have more Americans working in the private sector than we did before Covid hit.

Meanwhile, wages continue to grow – they were up about 4% last month on an annualized basis – and since the start of the Biden administration, have largely kept pace with inflation. But the rate of growth has been coming down, which of course is not ideal but is central to getting inflation to come down. 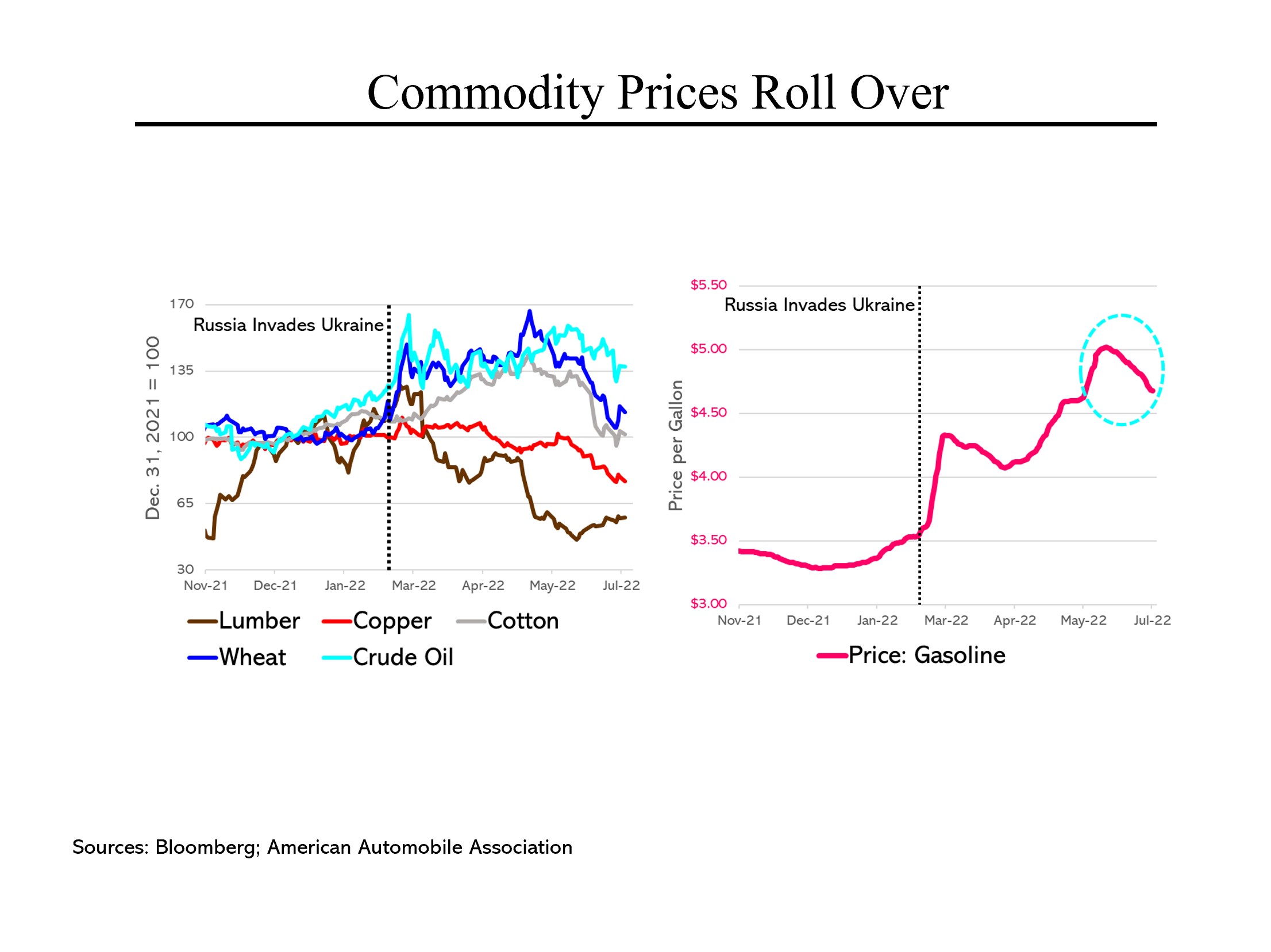 More hopeful news on the inflation front: Commodity prices – a key inflation component and indicator – have been declining sharply. Wheat prices, for example, are now back to where they were before Russia invaded Ukraine. Copper is the lowest it has been since December 2020. And of course oil, which peaked at $124 per barrel, is now at $97per barrel, which has led gasoline prices to decline for the last 28 days in a row, to $4.66 per gallon from just over $5 per gallon in June.

While Wednesday’s Consumer Price Index report is likely to be ugly, signals like commodity prices and current financial market projections suggest that the inflation problem may not be as severe as many of us have been worrying. 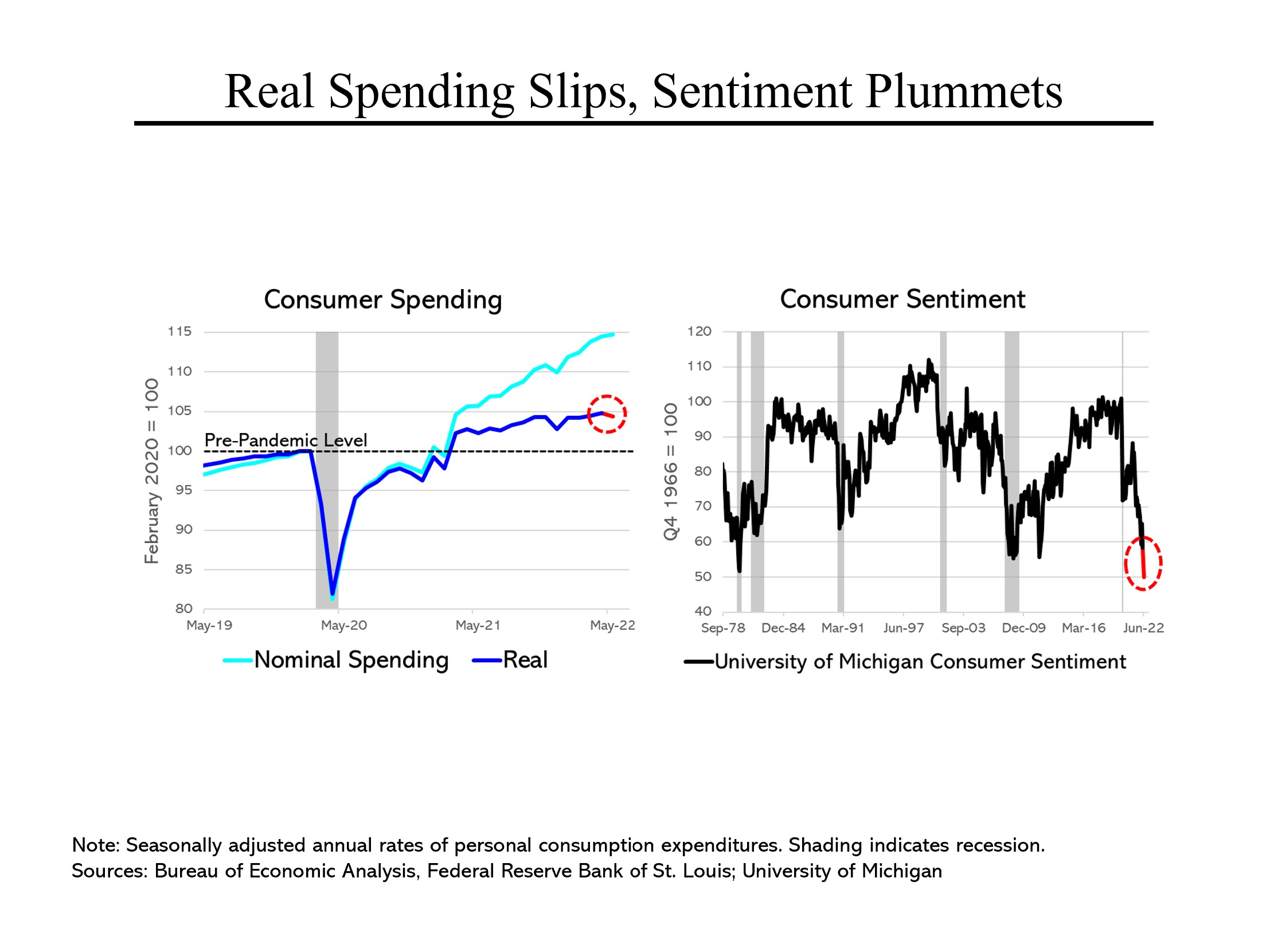 At the same time, inflation and higher interest rates have been taking their toll on economic growth. The economy contracted in the first quarter and is likely to shrink again in the second quarter. That’s partly because interest rate sensitive sectors like housing have been pulling back. And also because consumers have begun slowing their rate of spending. We learned recently that spending after adjusting for inflation fell by 0.4% in May, the first decline since last December.

And further declines may be ahead of us. Consumer sentiment, which can drive purchasing decisions, hit an all-time low in June, down 25% since the beginning of the year.