This week, President Biden put inflation fighting at the top of his economic agenda. While Biden is late to the inflation issue, his attention is welcome as addressing inflation is central to our economic challenges and maintaining the health of the economy. 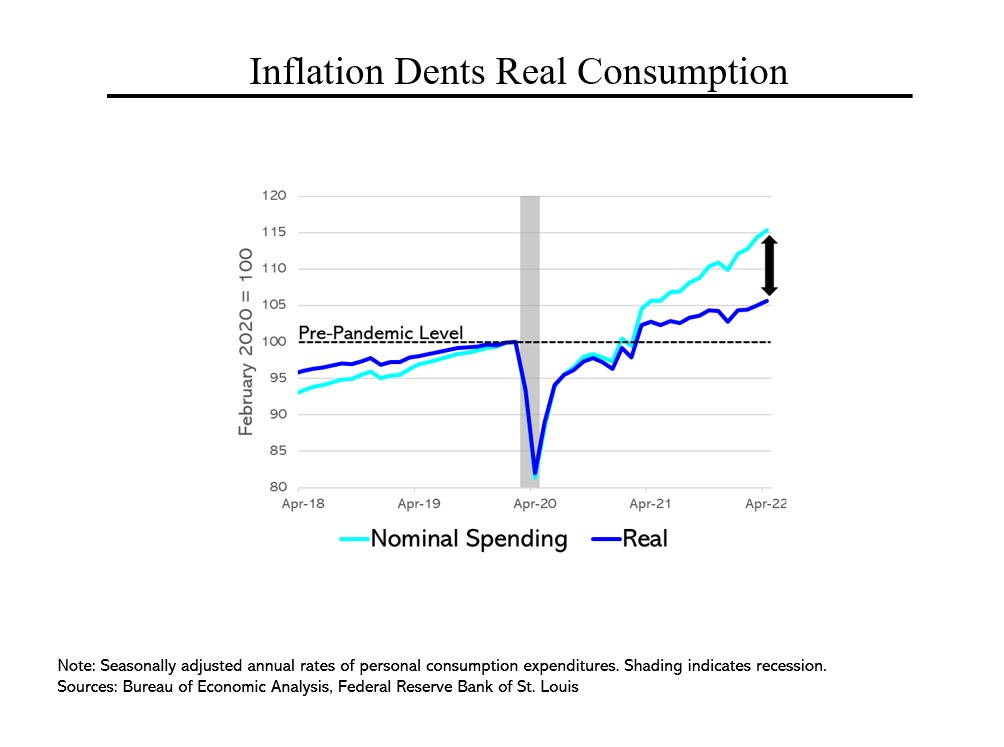 Central to that will be continued buying by consumers. Happily, the Commerce Department reported last week that consumer spending rose in April by a better-than-expected 0.9% and notably, by 0.7% after adjusting for inflation. But over a longer time frame, the toll that inflation is taking on consumption becomes evident. While outlays are up 15% as compared to February 2020, before the pandemic struck, after adjusting for inflation, they are up only 6%.

It’s also important to note that consumers concentrated much of their spending during the pandemic on goods rather than services like restaurants and travel. Now they are shifting back toward services, putting upward pressure on prices for these items. 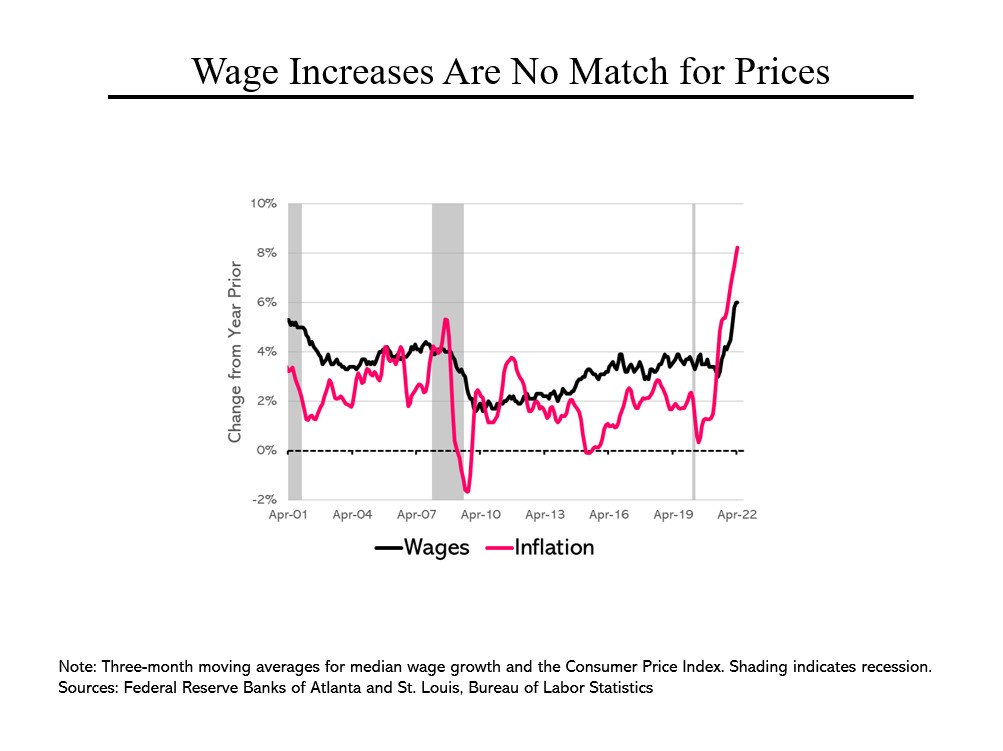 Inflation is taking its toll on wages as well as spending. While earnings are currently rising by 6% over last year – the fastest pace since 1990 – inflation is running at more than 8% so workers have been losing purchasing power. That also has implications for future inflation – with labor markets still extraordinarily tight (2 job openings for every unemployed worker) employers can be forced to raise wages even faster, risking an inflationary spiral. 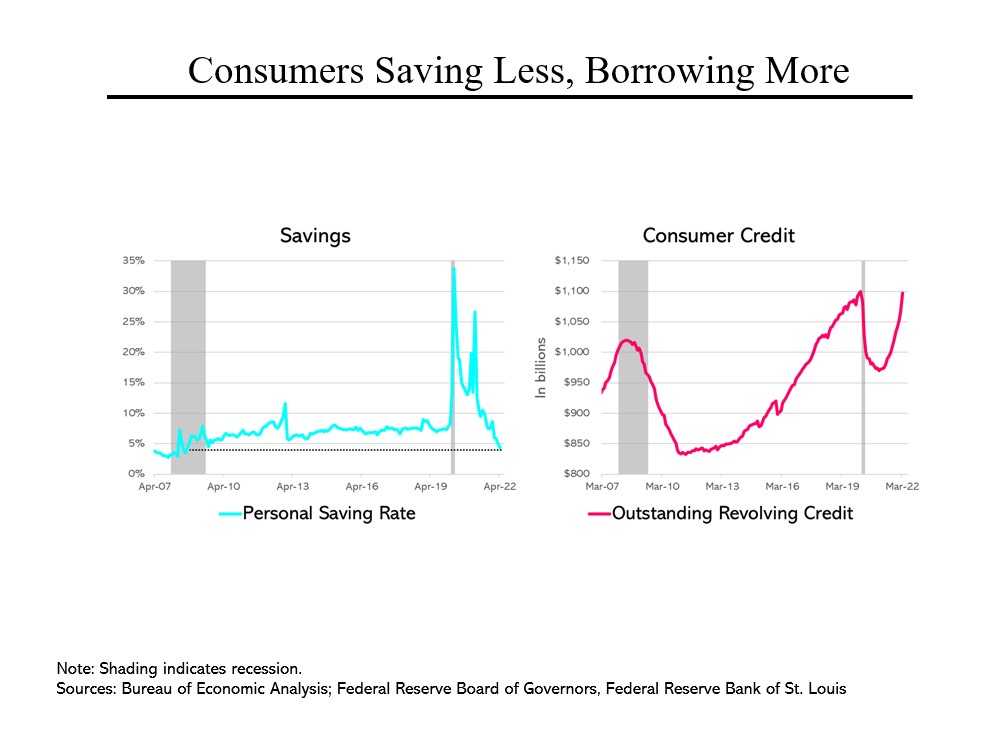 As a result of falling real wages, consumers are maintaining their spending by saving less and borrowing more. At 4.4%, the savings rate is the lowest since the Great Recession. Put another way, Americans have begun using the nearly $2.5 trillion in excess savings that they accumulated during the pandemic to continue buying.

And consumers – particularly those near the bottom – have also begun borrowing more. Revolving credit is now back to pre-pandemic levels of $1.1 trillion. Credit grew 3% in March alone, the fastest monthly increase in 16 years.