Gasoline prices are continuing to move relentlessly higher – with little that Washington is likely to be able to do to stem the rising tide. That does not bode well for Democrats’ prospects at the ballot box this November. 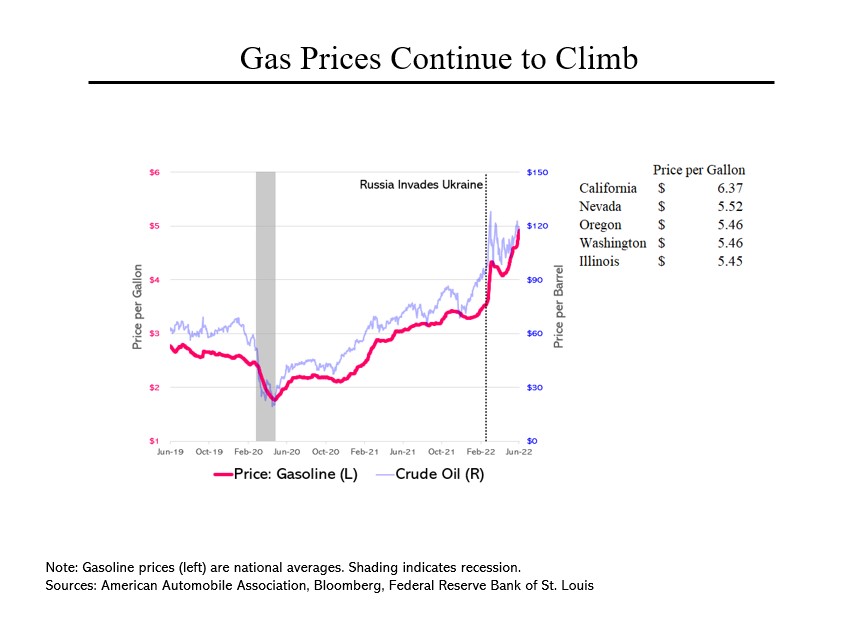 It’s important to recognize that gasoline prices were moving higher well before Russia invaded Ukraine. By February 2021, they had recouped all of their pandemic-related softness and began a relentless climb, which became parabolic after the Russian invasion. Today, the price of gasoline is well above $6 in California (which places special, environment-related requirements on its gasoline) and is hovering around $5.50 in a number of other states, particularly in the west.

Not surprisingly, gasoline prices are closely tied to crude oil prices, which is why the Biden administration has been exhorting OPEC to pump more and domestic oil companies to drill more, particularly on federal lands. 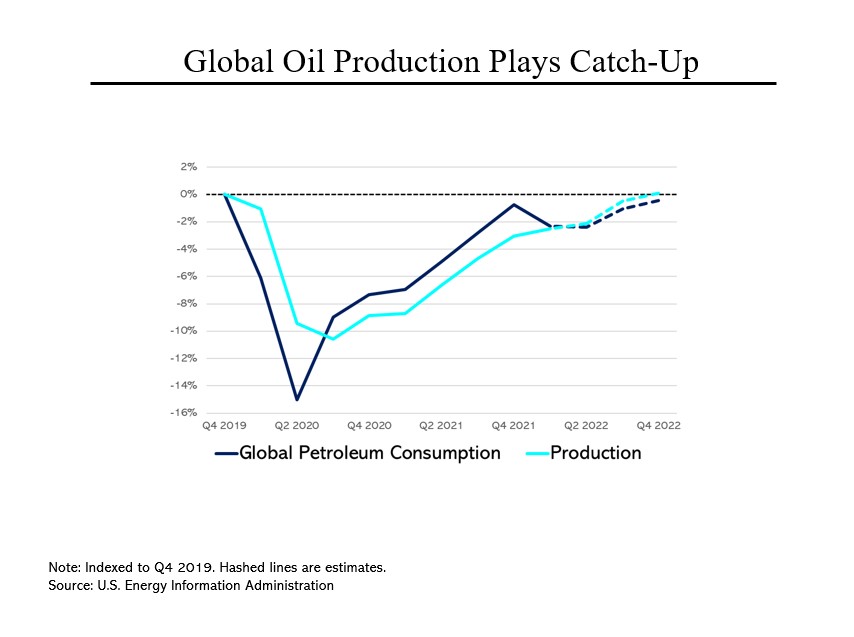 Why were oil and gasoline prices rising even before Russia invaded Ukraine? In large part because world oil demand rebounded far faster after the pandemic than world production, which is estimated to have only caught up to world demand at the start of this year. And even now supply is still below pre-pandemic levels. A significant part of the supply issue lies with refineries; a sizeable amount of refining capacity was closed during the pandemic. And there are no plans to bring new refineries online in the U.S. 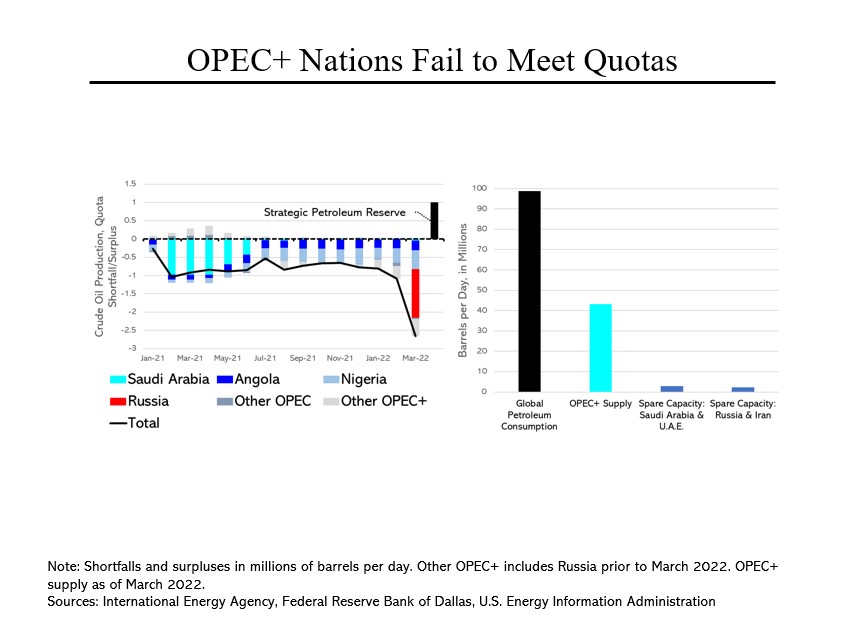 But another part of the problem is that even without refinery bottlenecks, the amount of spare capacity to produce crude oil is quite limited. The members of OPEC+ have been unable to produce up to existing quotas, let alone more. In the context of a world oil market of right around 100 million barrels a day, the only significant additional capacity lies in Saudi Arabia and the United Arab Emirates (leaving aside Russia and Iran, for obvious reasons). And there are significant questions as to whether the Saudis even have the additional capacity they claim.

Against that backdrop, it’s easy to understand why the 1 million barrels a day that the Biden administration is releasing from the Strategic Petroleum Reserve has had no discernible impact on pump prices.

For American motorists – and the Biden administration – it is likely to be a long summer.