On MSNBC’s Morning Joe today, Steven Rattner explained why the proposed federal gas tax holiday would offer Americans little reprieve as they fill up their tanks and why it would fail to address the root causes of record prices at the pump.

President Biden took to the airwaves on Wednesday afternoon to try to address the nation’s mounting unhappiness about rising gasoline prices. Unfortunately, his proposal for a federal gasoline tax holiday would do almost nothing for American motorists (and could even be argued to make the problem marginally worse). 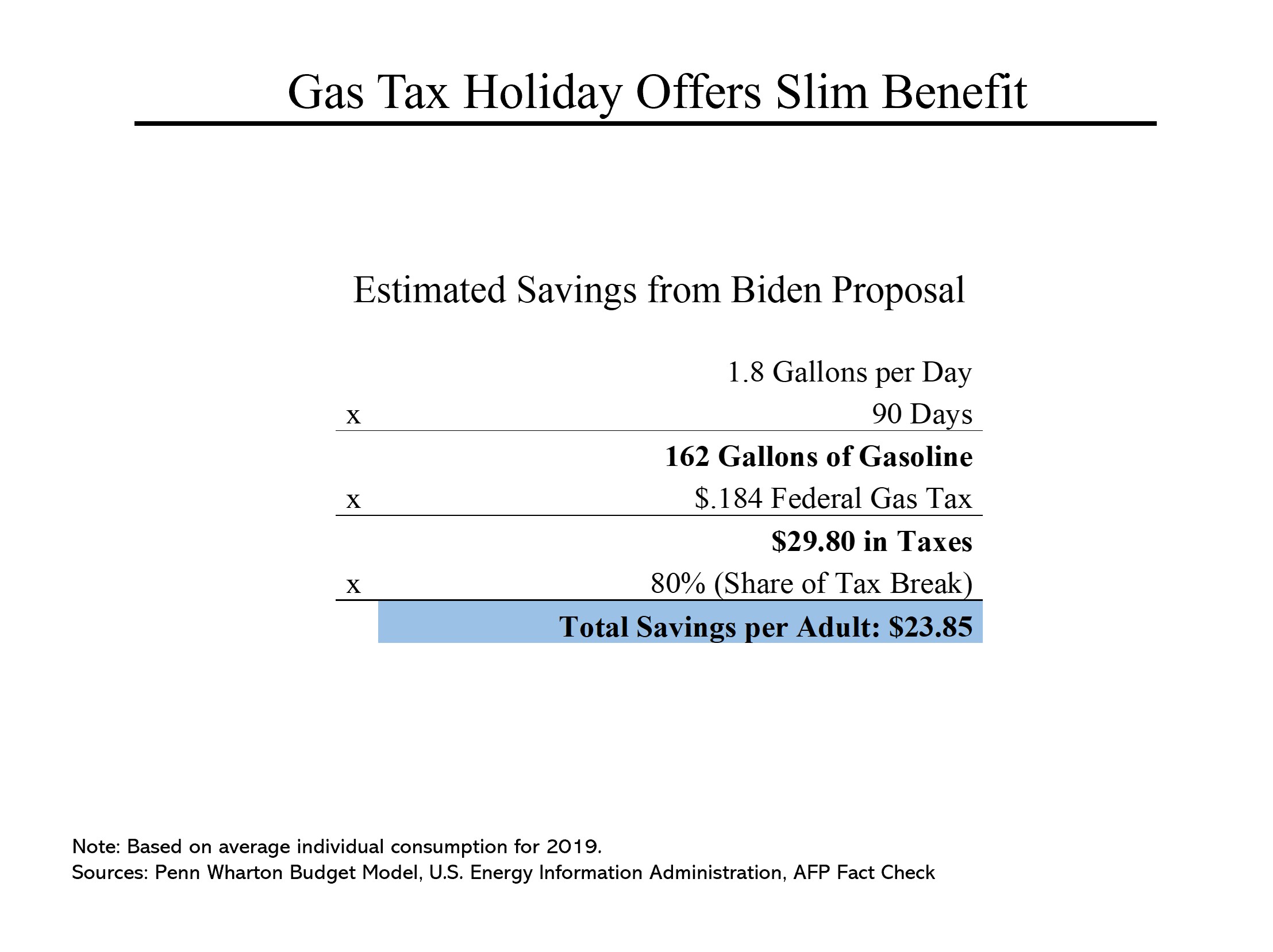 Let’s do the math: Gasoline consumption averages 1.8 gallons per day by each adult American. So over 90 days, that totals 162 gallons. At 18.4 cents per gallon, the total tax incurred is $29.80 per person. Economists estimate that if the tax were suspended, about 80% of the amount would show up at the pump in lower prices. That’s $23.85 per adult.

And it would cost the beleaguered Highway Trust Fund, which is supposed to help pay for fixing our infrastructure, $10 billion.

Fun fact: Back in 2008, when gas prices on an inflation-adjusted basis were even higher than they are at present, presidential candidate Barack Obama shot down a gas tax holiday as a “gimmick.” 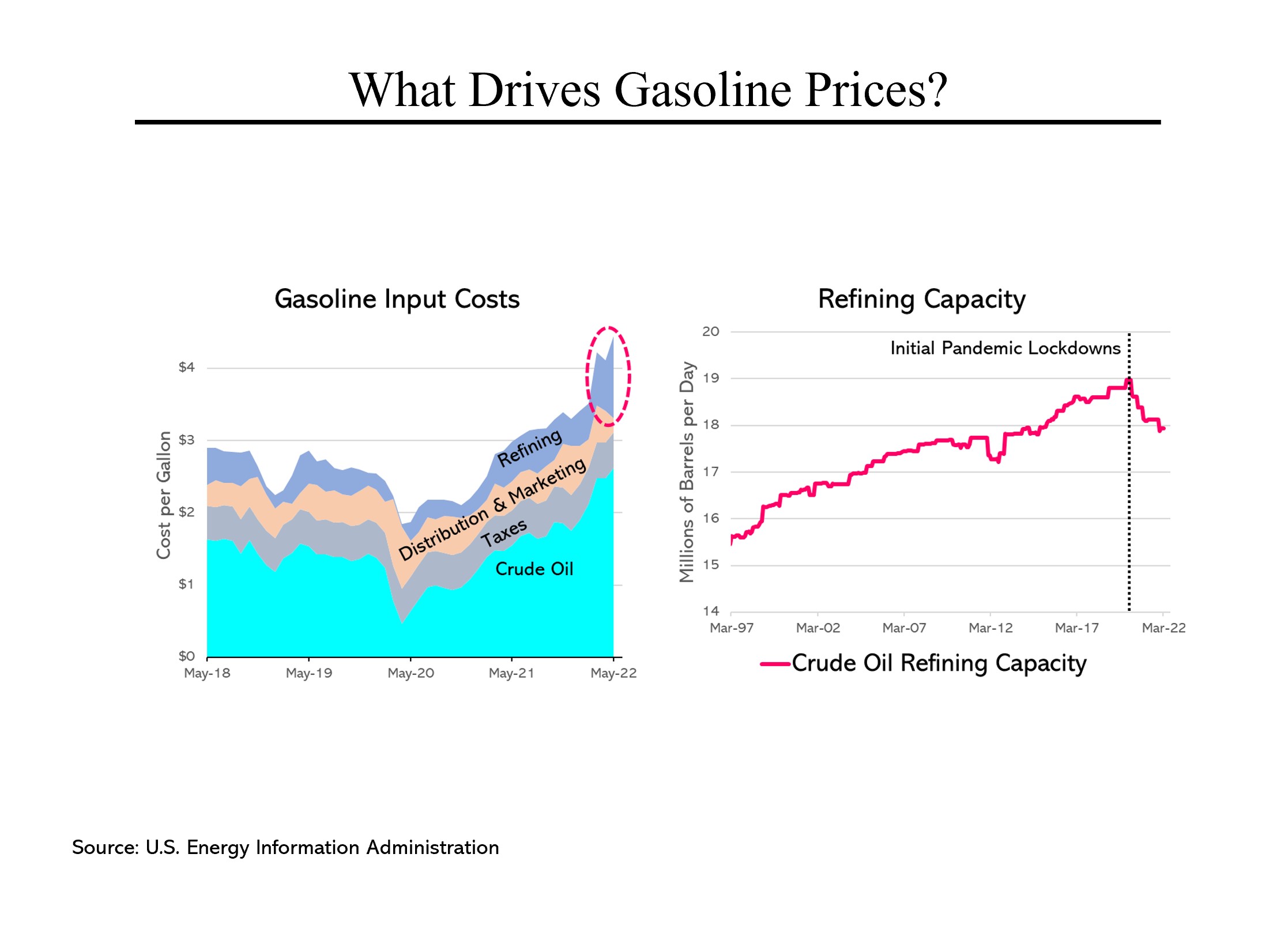 The challenge around attacking high gas prices is that the vast majority of the cost can be traced directly back to crude oil, the price of which Washington cannot meaningfully address in the short term. (About 3 months ago, Biden began to release 1 million barrels a day of oil — about 1% of world demand — from our strategic petroleum reserve without a noticeable impact on prices.)

In his remarks Wednesday, Biden singled out refiners as a major part of the problem. But again, the ability of the federal government to affect this expense is limited. For one thing, it is only about a quarter of the price that motorists pay. Perhaps more importantly, the U.S. is terribly short of refining capacity. Five refineries have shut down since the onset of Covid and the ones still operating are running at essentially full tilt. (Restarting the shut refineries is not a viable option.) 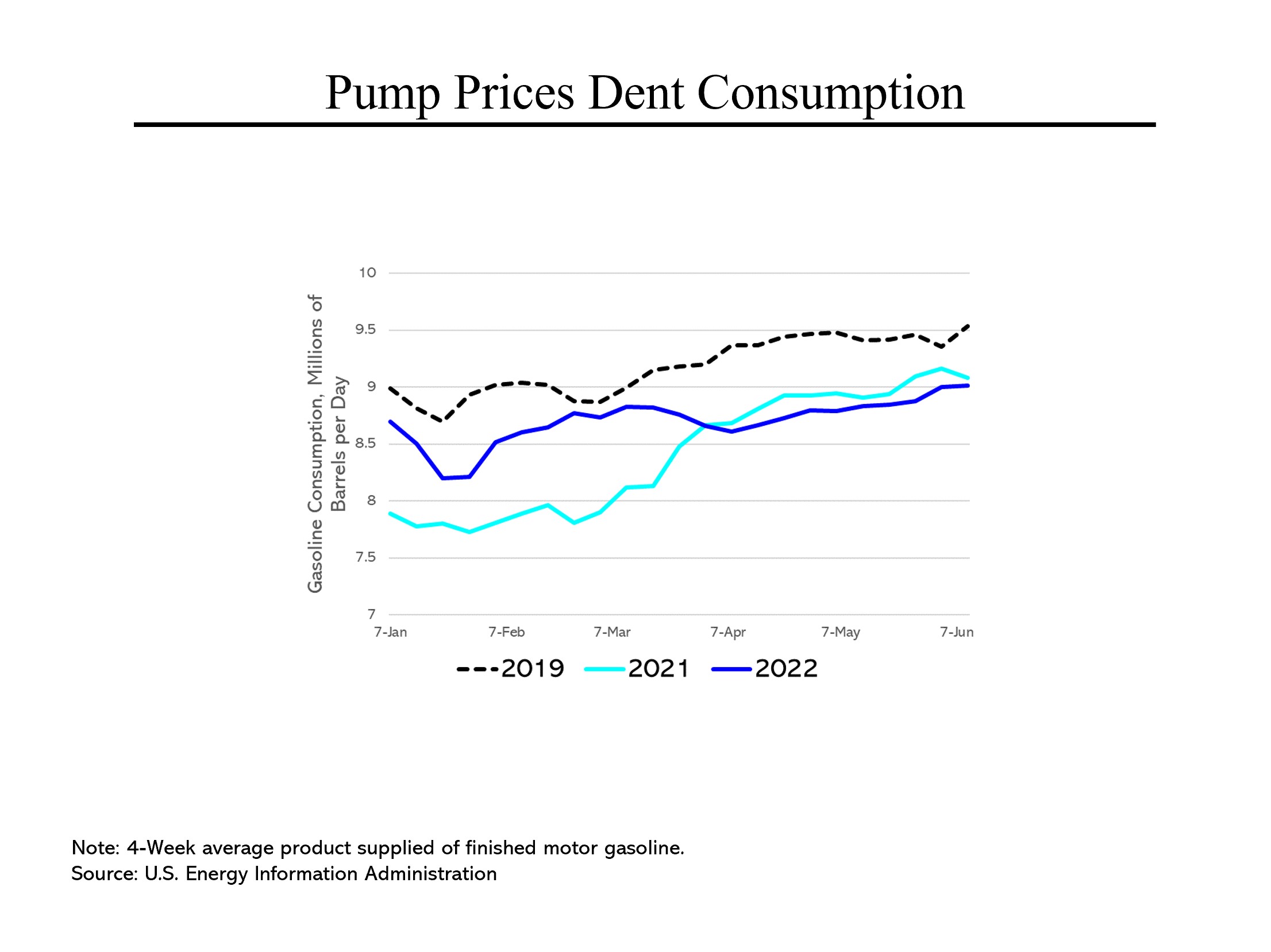 While no one wishes for high gasoline prices, it’s important to recognize that as pump prices rise, motorists tend to adjust. Since early April, gasoline consumption has been trending below 2021 levels (and well below pre-Covid 2019 levels).

So ironically, a federal gas tax holiday would — at the margin — encourage more consumption and add to inflationary pressures.