The stock market is off to its worst start since 1940 as it is beset by a variety of headwinds, from rising interest rates to wobbly consumer demand to the pressure of its huge run-up over the previous two years. 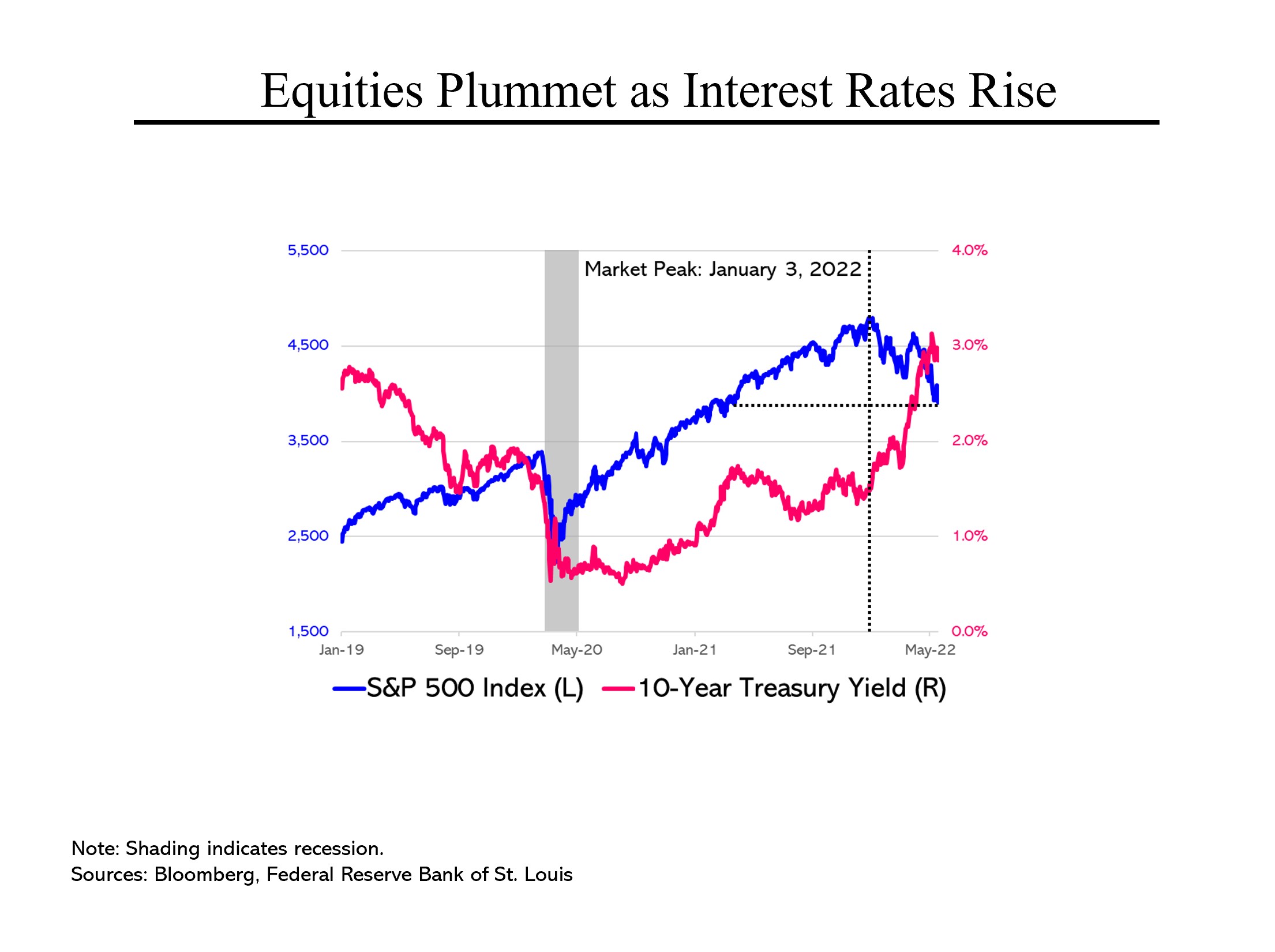 Rising interest rates have always been the enemy of the stock market as they make bonds more attractive than stocks.

And of course, the reverse has also been historically true. As interest rates declined before the pandemic and then plummeted during it, stocks set off on a tear: up 16% in 2020 and another 27% in 2021.

They even continued to rise for a time after interest rates hit bottom and began to rise. But an unusually sharp rise in rates this year – more than a full percentage point on 10-year Treasuries – knocked stocks off their perch.

All that said, it’s important to note that even this year’s substantial correction only puts stocks back to where they were in the spring of last year. In other words, we may well not be at a bottom. Rates have been rising alongside inflationary pressures, and that may well continue. 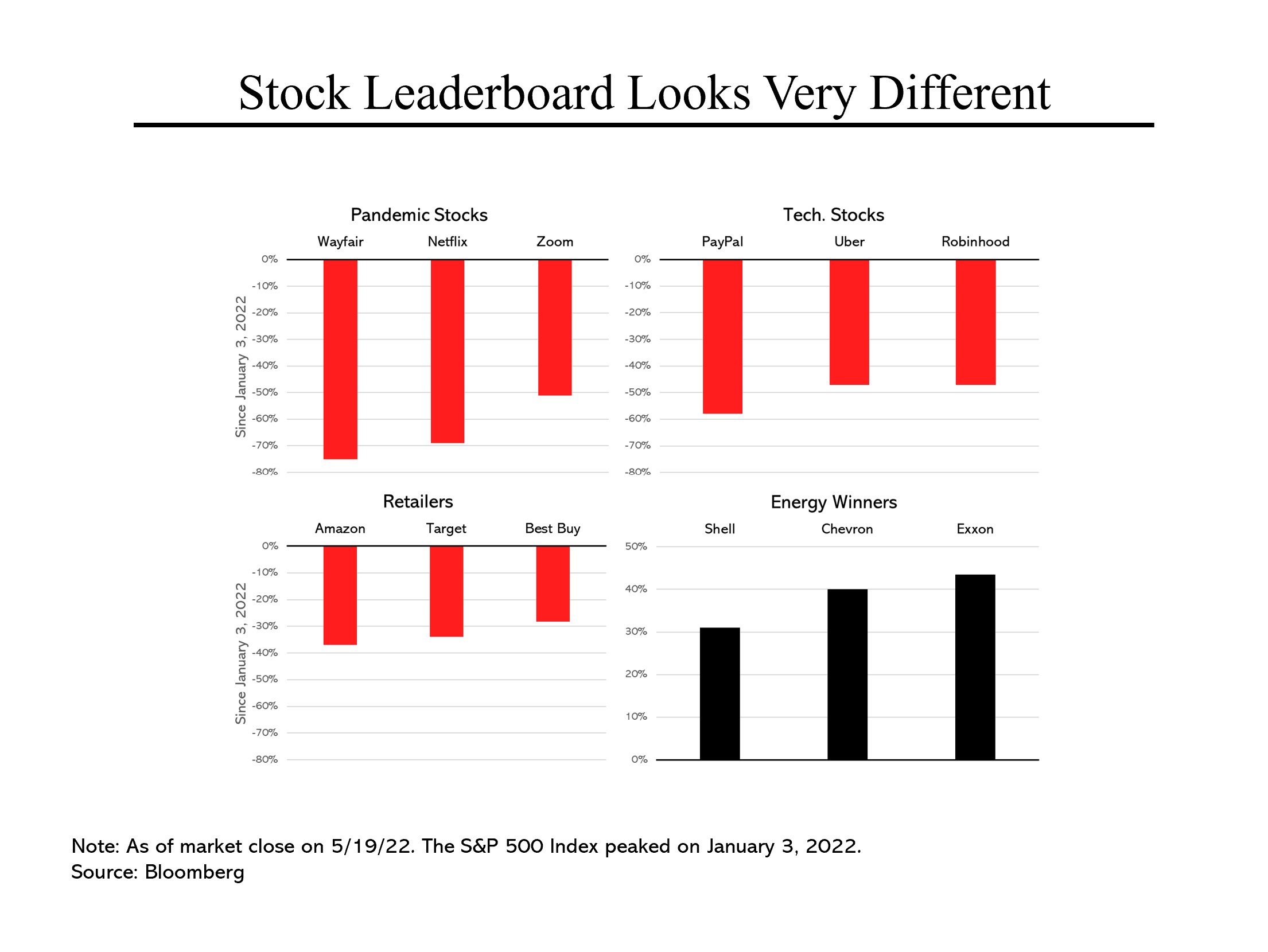 A variety of different factors comprise the overall 18% decline in the S&P index this year. A group of stocks that benefited from the pandemic – ranging from home furnishing company Wayfair to Zoom – have suffered massive corrections of as much as 75%. But some, like Zoom, are still above their pre-pandemic prices.

Similarly, the previously high-flying tech sector has been hard hit, with PayPal down 58% and Uber down 47%.

Recently, retailers have been pummeled as fresh earnings reports suggest that consumers are beginning to pull back. Even Amazon is down 37% this year, after reporting declining earnings growth and offering weak sales guidance for upcoming quarters.

But amidst the carnage some winners lurk, particularly those in the energy and commodity sectors. Oil giants Shell, Chevron and Exxon are all up between 31% and 43% this year. 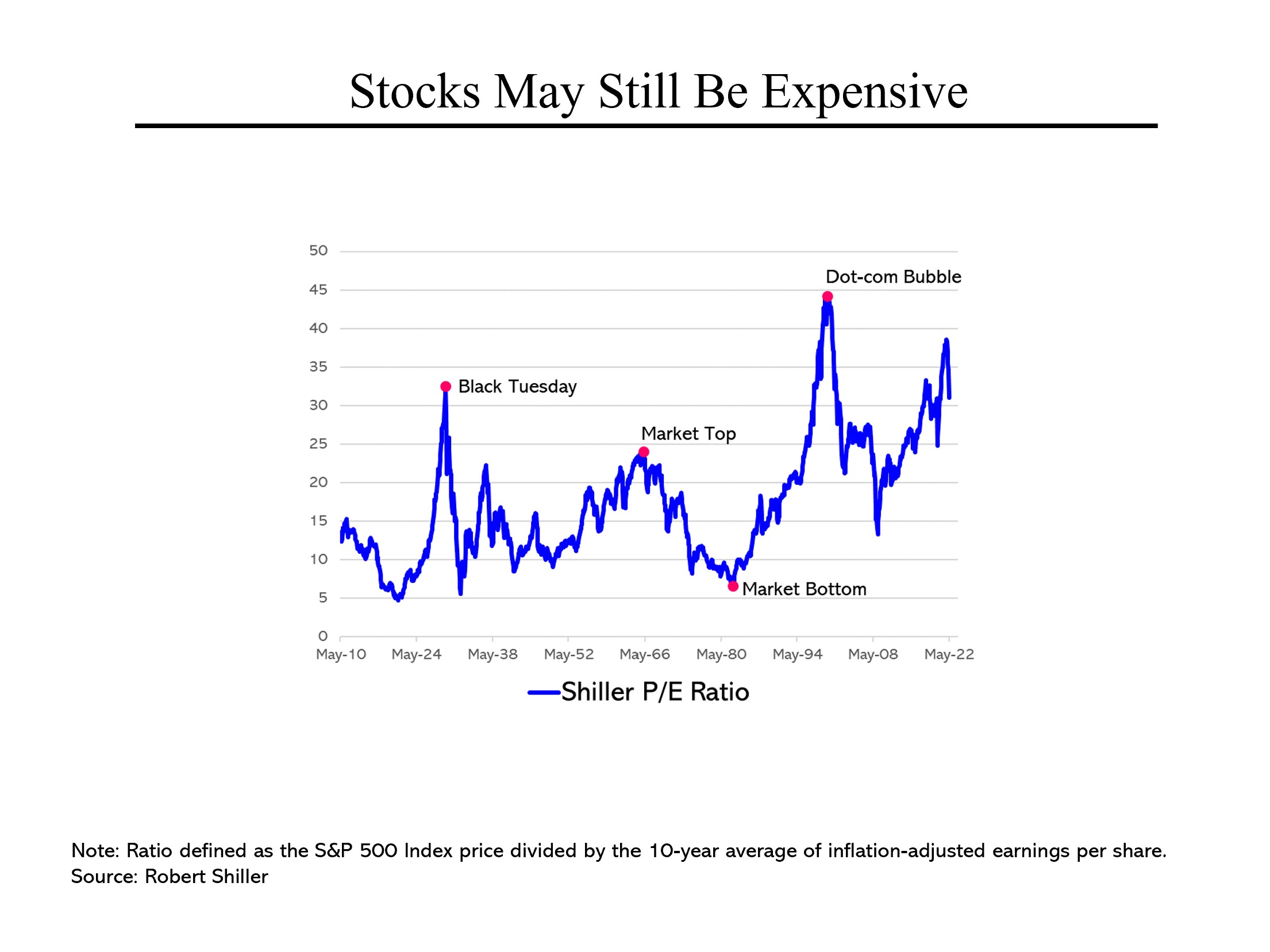 The terrible start to the year notwithstanding, stocks are still expensive by historic standards. Consider a respected measure of stock prices that compares trading levels to earnings. It pointed clearly to the market top before the 1929 crash and the similar collapse in 2000, during the dot-com era. By this index, stocks at the end of last year were at their second-most expensive level in more than a century. Perhaps most importantly, even after this year’s correction, they remain substantially more expensive than most other periods since records were first kept.