Prices rose more slowly in April than the previous month but still by 8.3% over last year. And looking under the hood, the news was mixed. 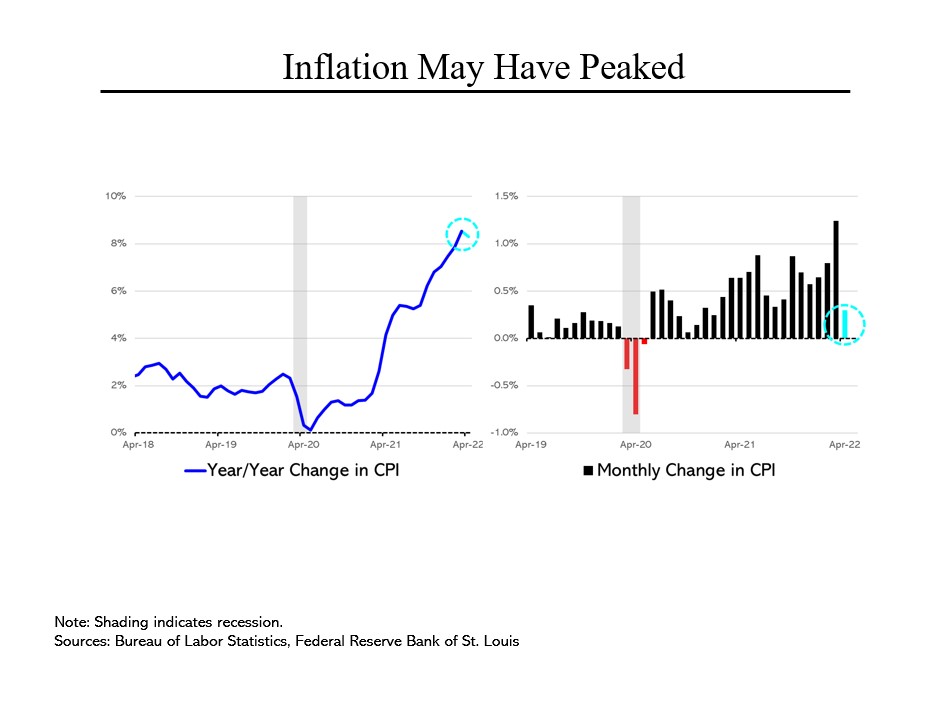 First the good news: While a bit less than economists expected, the modest slowing in inflation last month was the first break in the pattern of rising year over year prices since last August. It also represented a dramatically smaller increase (0.3%) than in March, when prices rose by 1.2% in a single month. It was also the smallest monthly increase, again since last August.

Economists are predicting a continued slowing in the year-over-year rate, to 5.8% by the end of 2022. That is still far above the Federal Reserve’s target of 2% so substantial further interest rate increases are very much in our future. 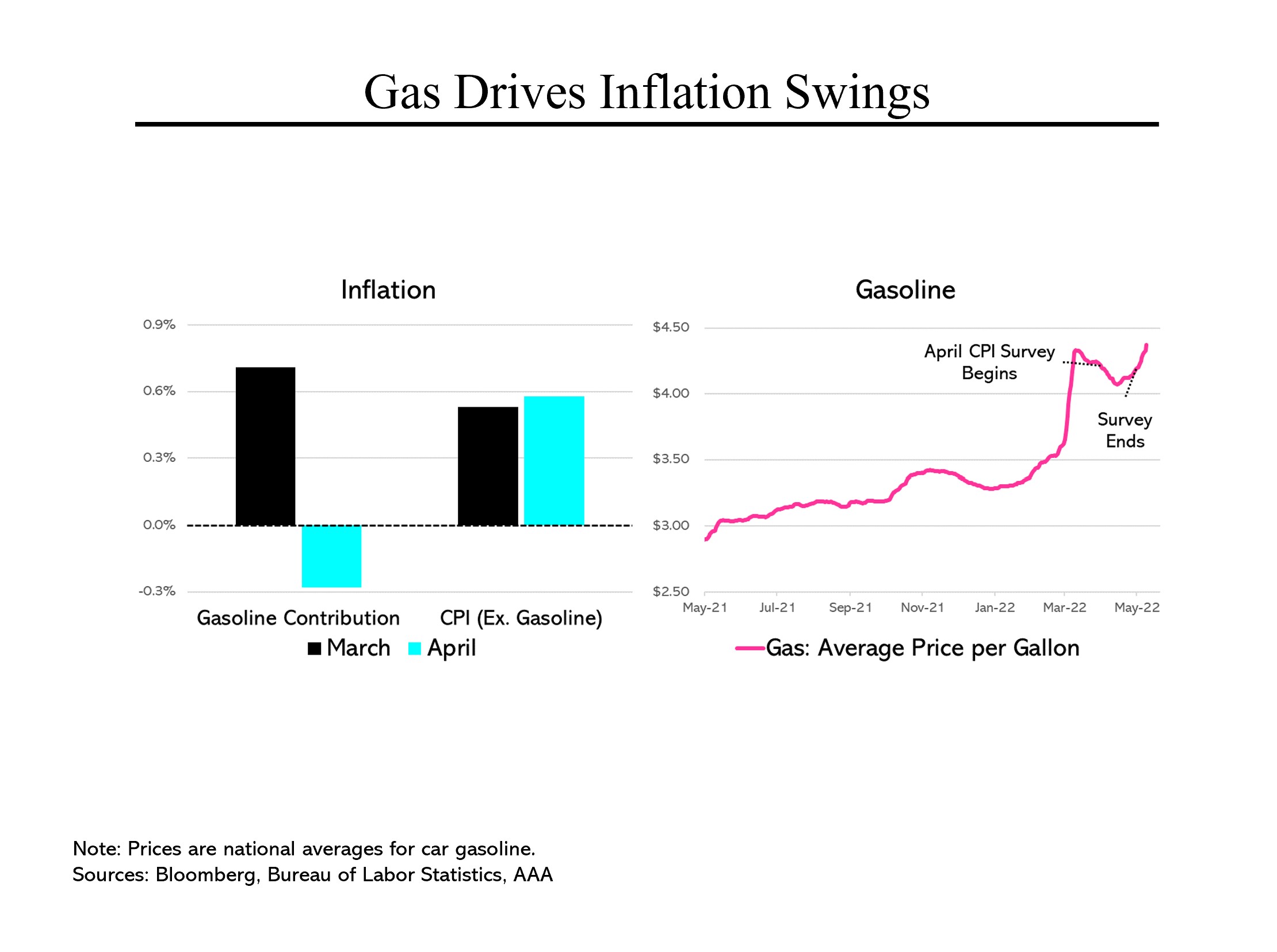 So much for the good news. On the bad news front, the huge difference in monthly inflation between March and April is chiefly due to a swing in gasoline prices, which hit records in March before declining slightly in April. In March, gasoline alone caused the overall index to rise by 0.7% while in April, gasoline held back the inflation rate by 0.3%.

Put another way, without gasoline, the Consumer Price Index would have risen faster in April than in March. Moreover, the April survey was taken during a dip in gasoline prices, which recently hit a new record of $4.40 per gallon. 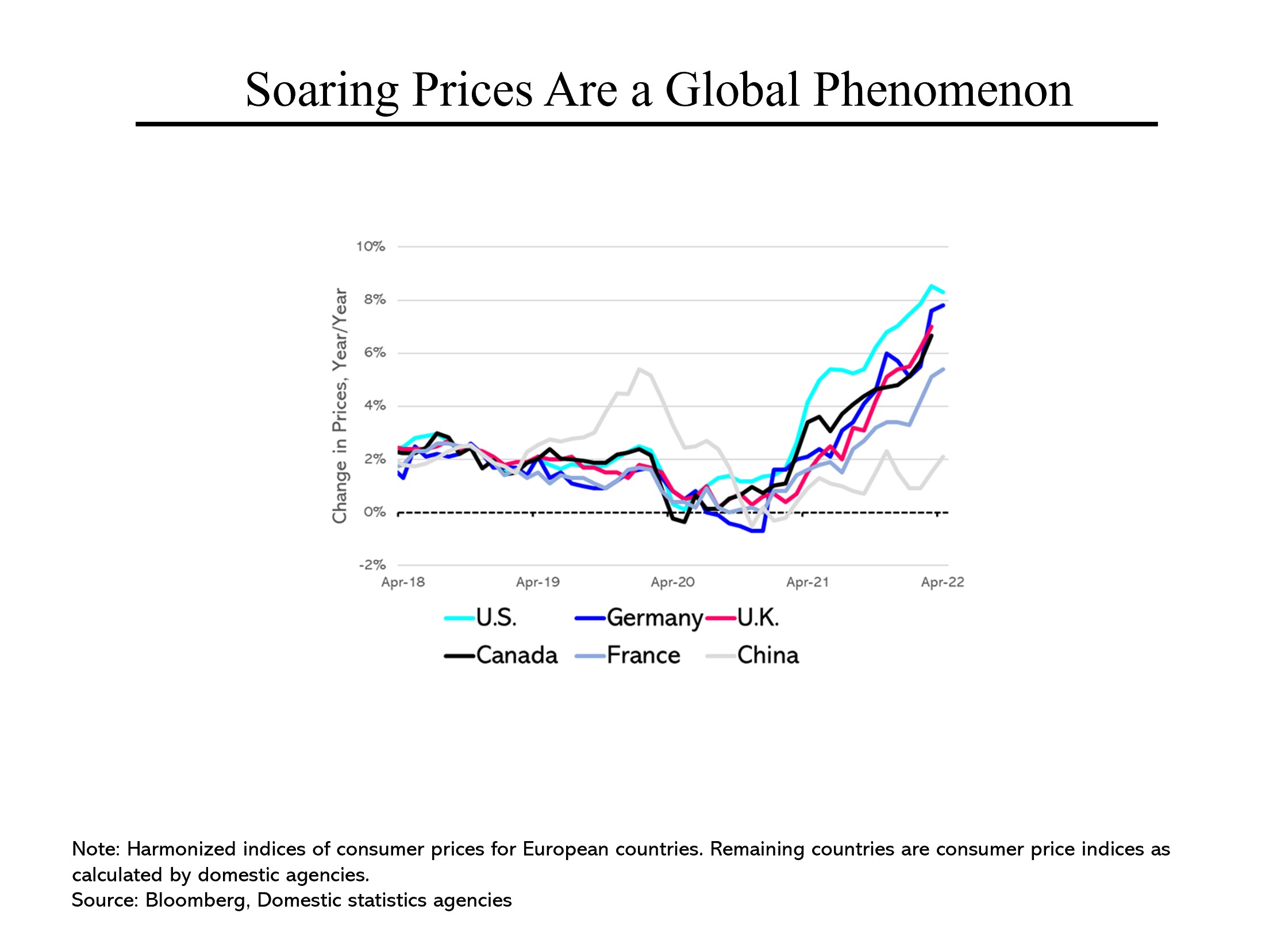 While both the Biden administration and the Federal Reserve contributed heavily to the inflation problem by overstimulating the economy, in fairness, note that inflation is a world-wide problem. While our inflation is the fastest among major nations, others are not far behind. Even Germany, which has been obsessed with inflation since the 1920s, has allowed the rate of price increases to reach 7.8%. (That said, Europe is dealing with even greater increases in energy costs than the United States so adjusting for that difference, our inflation rate would top the leader board by a greater margin.)