On MSNBC’s Morning Joe today, Steven Rattner charted the current outlook for Democrats in the midterm elections and noted that historical data suggests Democrats are likely to lose more ground as November approaches.

The 2022 midterm elections are just over 6 months away and current data suggests that on present course and speed, Democrats are likely to fare poorly. Polling data reflects extreme unhappiness in the country both with President Biden and with regard to the overall direction of the country. 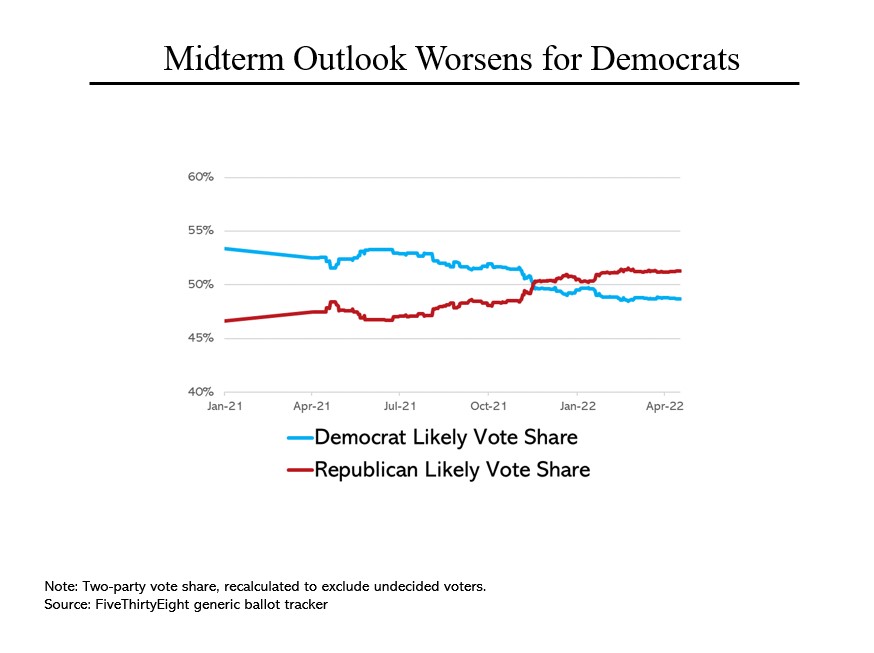 At the beginning of 2021, a significant majority of Americans favored Democrats in the fall 2022 election. The passage of the American Rescue Plan added to that tilt, with projected Democrats’ vote share reaching a high of 55% in June.

But since then, the proportion of Americans who said they favored Democrats in the midterm elections has steadily declined, to around 49% at present. (It’s important to note that these polls do not always accurately predict election results.) 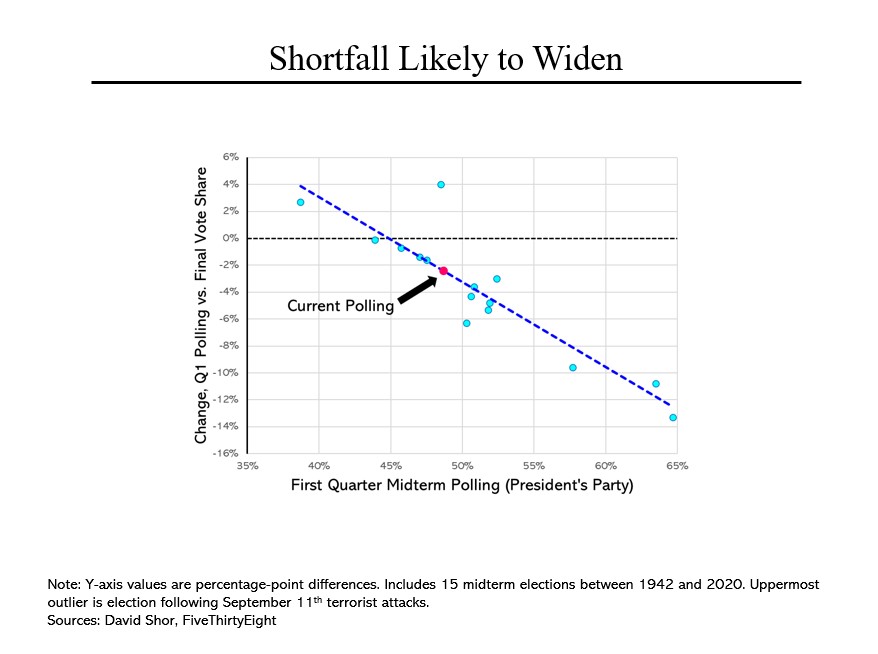 In addition, the party of the incumbent president generally loses ground as the midterms approach. The deterioration tends to be less with unpopular presidents than with popular presidents. Given the current polling results, that is likely to translate into a further loss of vote share for the Democrats of a bit more than 2 percentage points. 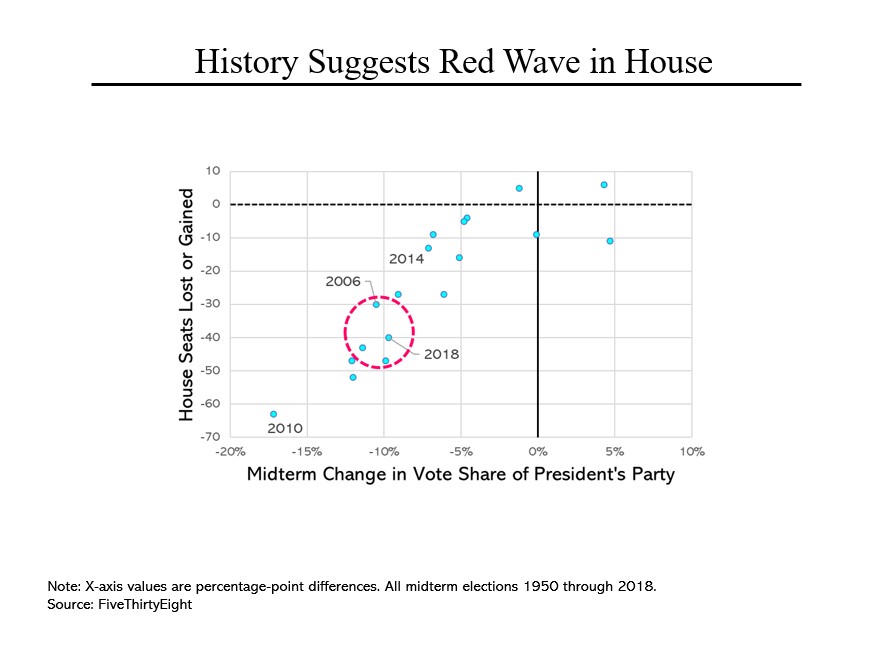 Putting those two pieces together would result in the Democrats facing a potential loss of between 30 and 50 House seats, which is consistent with estimates by many pundits. (In their first midterms, Obama lost 63 House seats and Trump lost 41 seats.)

The Senate does not appear to be more promising. If the vote projections noted above were to occur evenly across states, Democrats running for the Senate in any state that Biden won by less than 9% are likely to lose. That would put 4 seats in jeopardy — Arizona, Georgia, Nevada and New Hampshire.