The developed world has imposed the most robust set of sanctions in memory on Russia in response to its invasion of Ukraine except for one important detail — no restrictions on Russia’s biggest exports, particularly oil and gas. 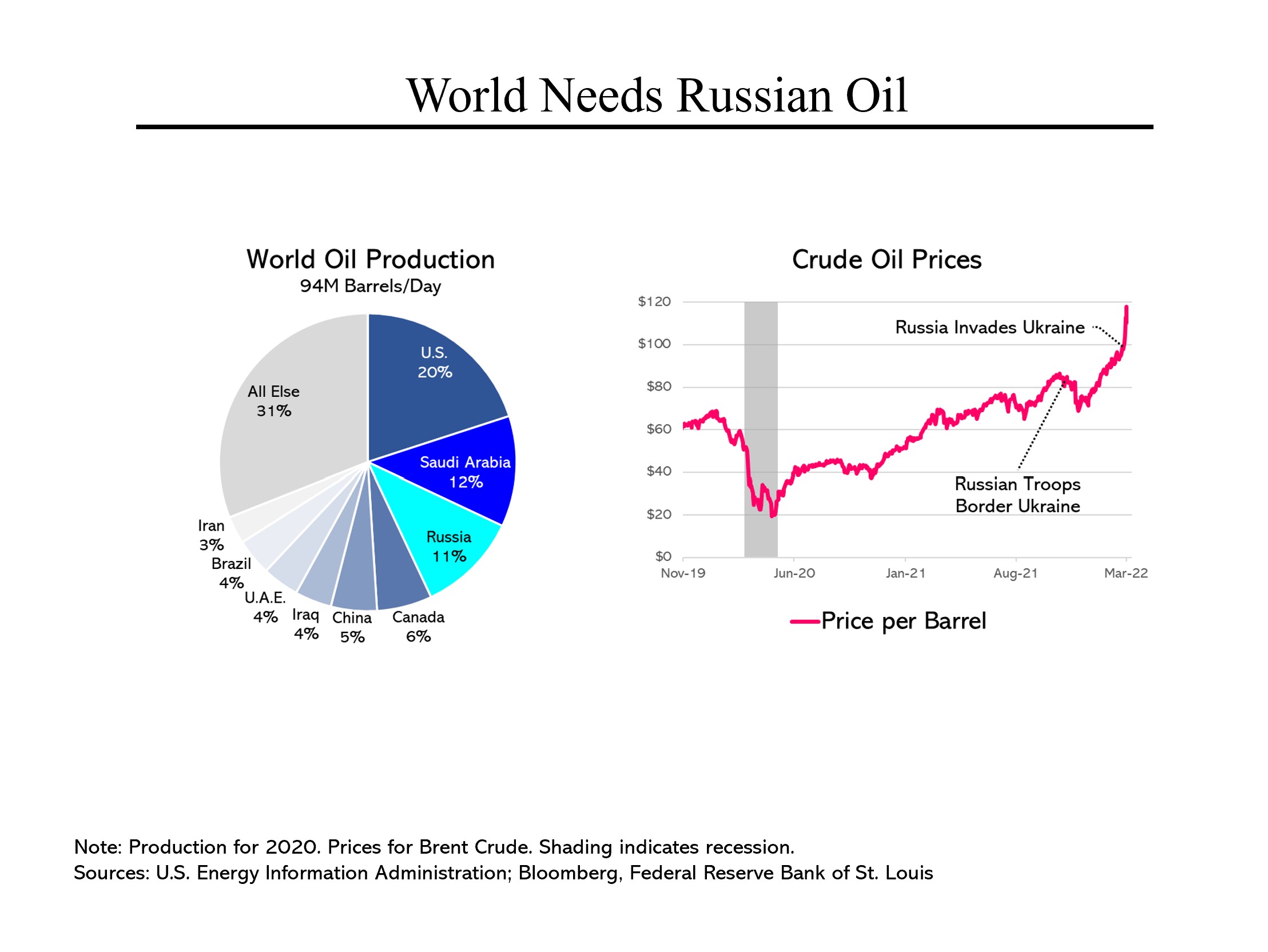 The reason for this is quite simple: Russia is the world’s third largest oil producer (and largest oil exporter) and loss of its supplies would send energy prices skyrocketing, almost surely triggering a global recession.

At the core of the problem is the fact that little excess production capacity exists. The United States, now the world’s largest producer, is producing at full tilt. And while OPEC says that it has a modest amount of spare capacity, its members are not even producing up to their current agreed limits, leading experts to question whether there is, in fact, a material amount of spare capacity.

Notably, oil prices were moving up even before a Russian invasion became a realistic possibility. Since then, they have skyrocketed; experts believe that a loss of Russian oil would cause them to escalate to $150 per barrel or more. 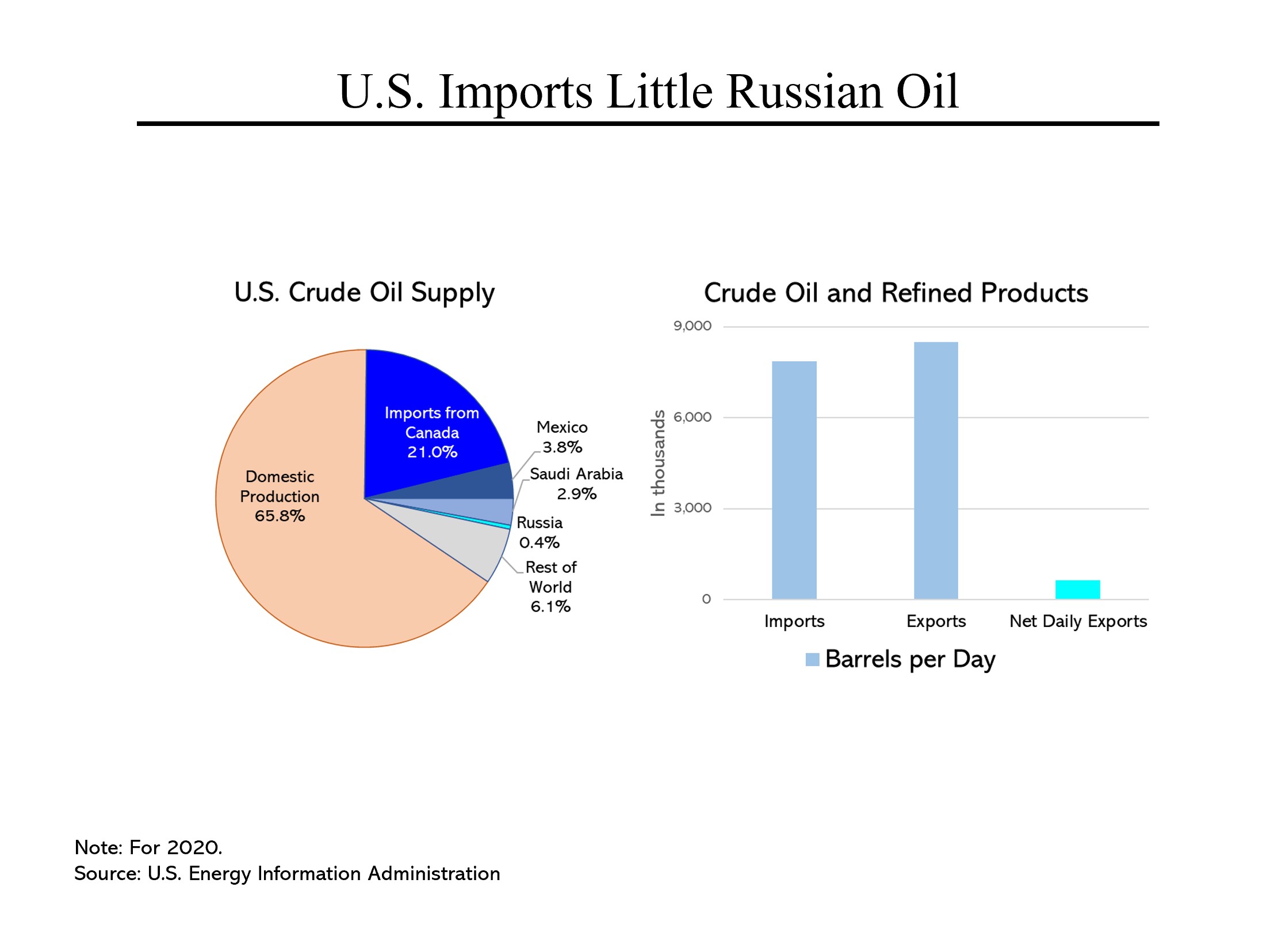 Meanwhile, Washington politicians have been suggesting that the United States ban imports of Russian oil. That would be a noble — but utterly meaningless — gesture. In 2020, only 0.4% of our crude oil came from Russia (and our imports of oil constituted just 1% of Russia’s oil exports).

It’s important to understand that oil is a worldwide commodity and aside from small differentials relating to quality and shipping costs, its price is set on a global basis. While we import substantial crude oil, we export even more petroleum in the form of refined products. After years of talking about energy independence, we have finally become a net exporter of oil. 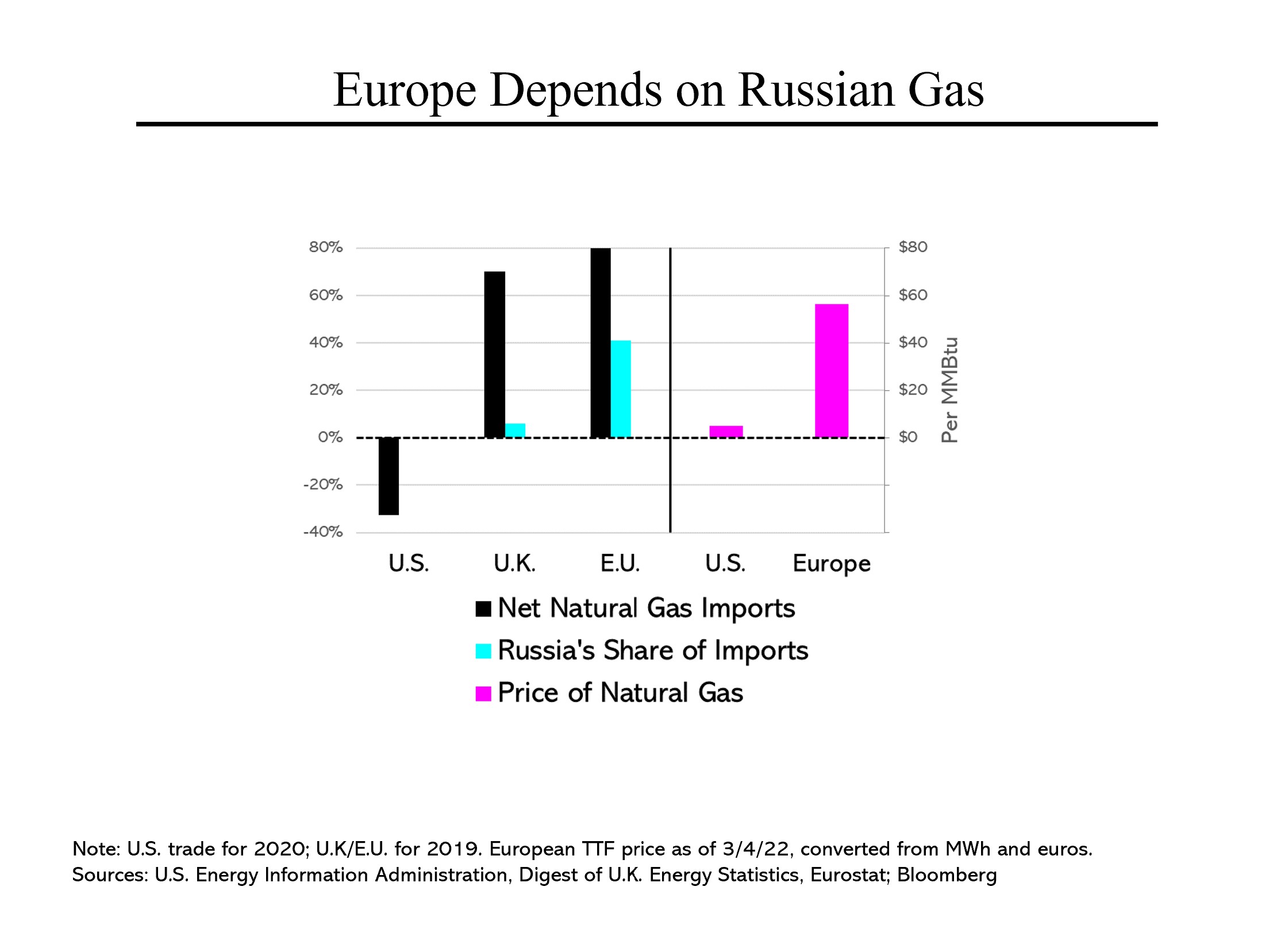 Unlike oil, natural gas is difficult and expensive to transport so prices for that fuel fluctuate wildly among different geographies. As part of our move to energy independence, we have become a substantial exporter of gas. Europe, on the other hand, remains a significant importer, with continental Europe particularly dependent on Russian gas. At the moment, gas prices in Europe are 11 times prices in the United States.

All of this helps explain why Europe would be far more hesitant than the United States to put any curbs on Russian oil or gas exports.