On MSNBC’s Morning Joe today, Steven Rattner charted Russia’s surprising economic resiliency, which could allow it to both withstand sanctions and increase its military spending.

John McCain famously once described Russia as “a gas station masquerading as a country.” That is still somewhat true but while Russia remains a small economy – smaller than Canada’s – Vladimir Putin has successfully improved its fiscal position in ways that both can allow it to better withstand economic sanctions and sustain its military.

Over the past five years, which include the pandemic, neither our economy nor the Russian economy has grown particularly quickly; the Russian economy has actually grown at roughly the same rate as ours. Importantly, Putin has made reducing Russia’s debt burden a priority. Back in the 1990s when Russia defaulted, its debt-to-GDP ratio was over 100%. Today, at just 19%, it is but a fraction of ours. This provides substantial flexibility to borrow more, whether to cope with sanctions or fund the military. 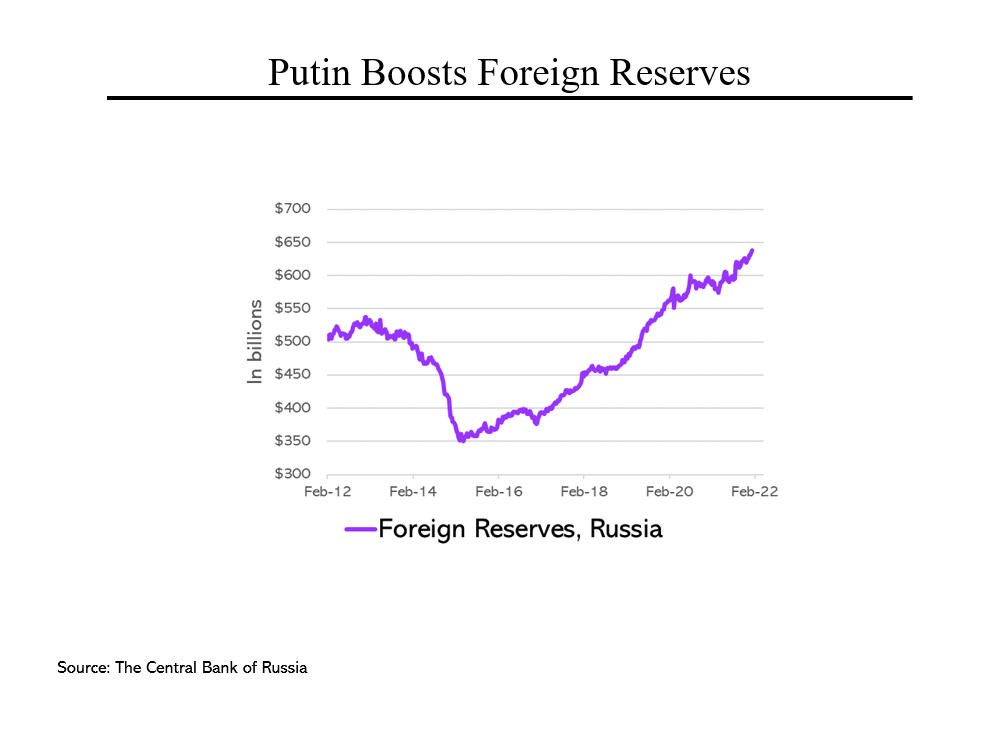 Another priority for Putin has been to build Russia’s foreign exchange reserves, which now total nearly $650 billion, the fourth largest balance of any country. That’s 50% more than its total foreign debt. Importantly, just 16% of Russia’s reserves are in dollars; the rest are in renminbi, euros, gold and the like. (As the dollar is the world’s reserve currency, U.S. holdings of foreign exchange are not meaningful but just for comparison purposes, we currently hold $250 billion in gold and other nations’ currencies.) 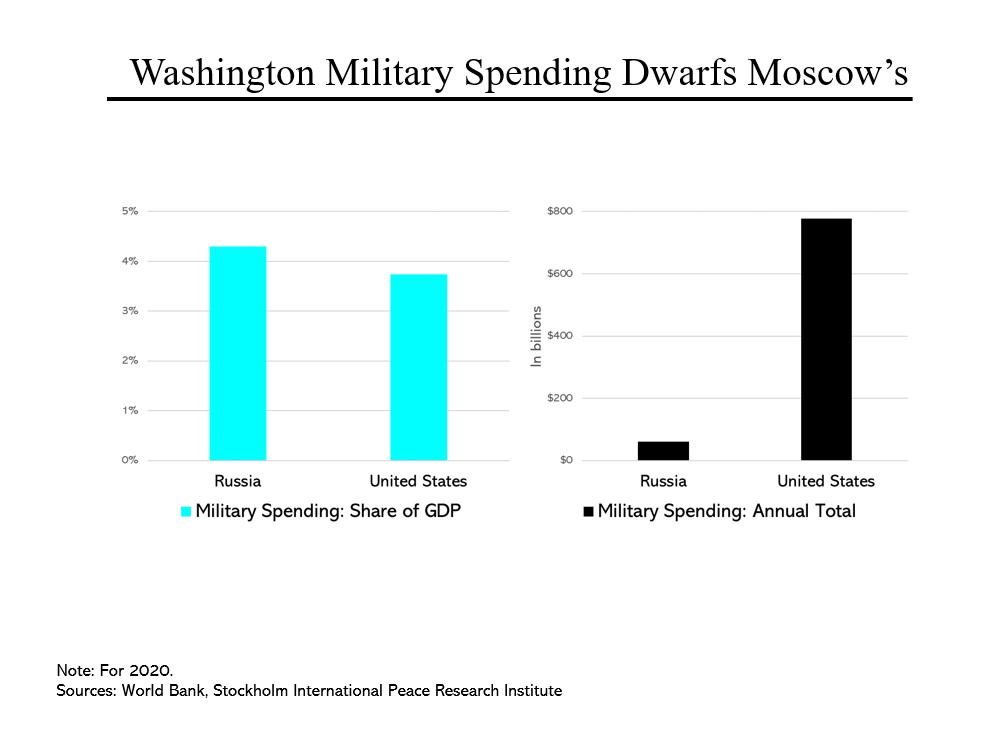 Interestingly, spending on the military by the United States and Russia is in roughly the same proportion of the size of their respective economies. But given the far smaller size of Russia’s economy, its spending in dollars is only about 10% of ours and roughly in line with India’s. Interestingly, even with such a small budget, Russia is able to maintain 1.45 million armed forces personnel, slightly more than our 1.38 million.