On MSNBC’s Morning Joe today, Steven Rattner charted recent progress in alleviating supply chain bottlenecks, highlighting declines in port congestion and shipping costs while assessing the impact that labor shortages have had on the movement of goods across the country.

It’s still hard to get a new iPhone quickly but the good news is that the supply bottlenecks are showing signs of easing. Of course, with the new Omicron strain of the virus circulating, that could change at any time. And there are still plenty of problems in the supply chain. But for now, we can be at least a little bit hopeful. 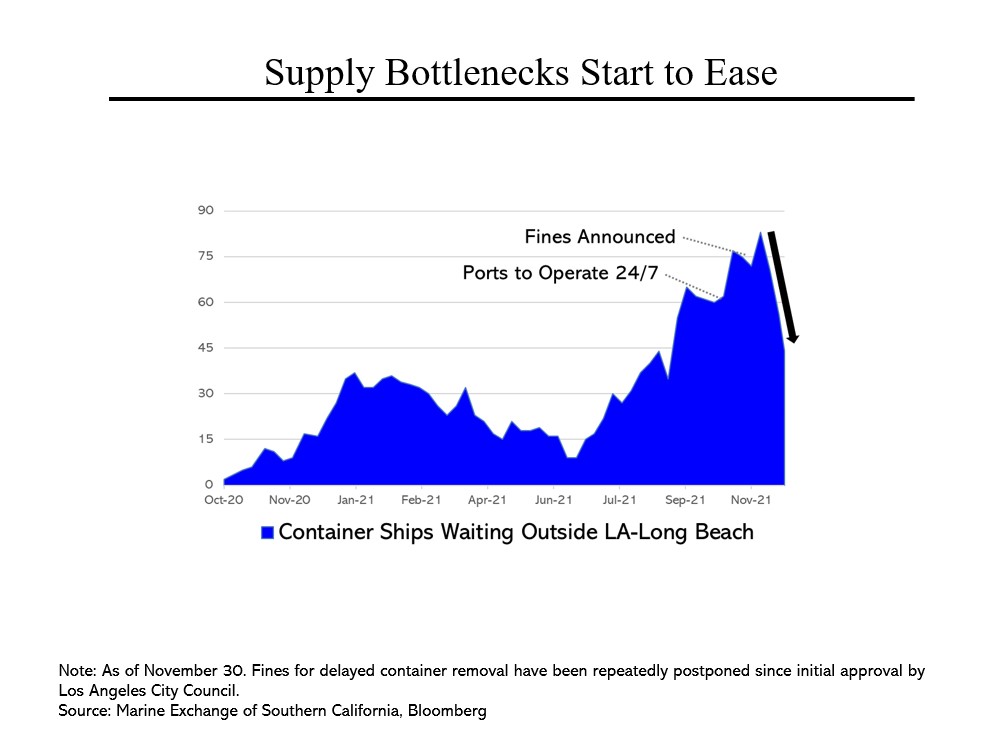 Much attention has been focused on congestion in our ports in general and in the LA-Long Beach area in particular (because 40% of shipping containers to the US pass through that port). Historically, few – if any – ships have had to wait to unload their cargo. But in mid-November, 86 container ships were floating around San Pedro Bay waiting for a berth. Today, just two weeks later, that figure is down to 44, roughly where we were in early September.

In mid-October, President Biden announced that operations at the port would move to a 24/7 schedule. However, in the ensuing weeks, the number of waiting ships continued to rise, in part due to difficulty in ramping up staff. Then the waiting list began to decline, at least in part perhaps because the Los Angeles City Council threatened to fine shippers who did not move their containers faster. 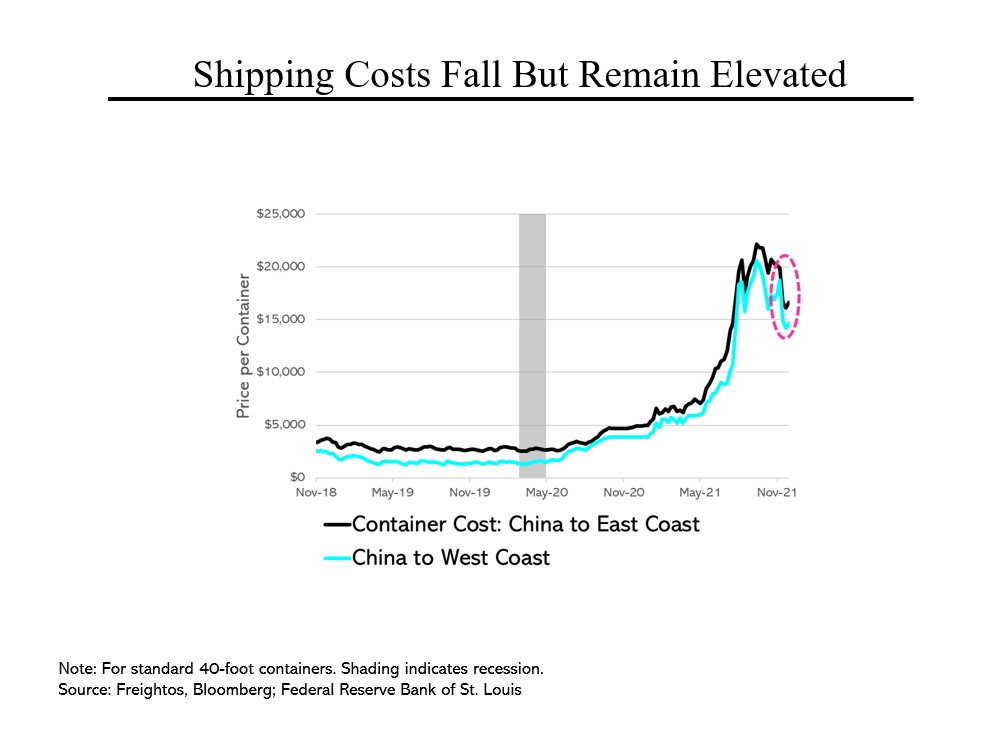 As noted, a spreading of the Omicron variant could cause new supply chain disruptions. In the past year, China has forced important ports to shut down at length. 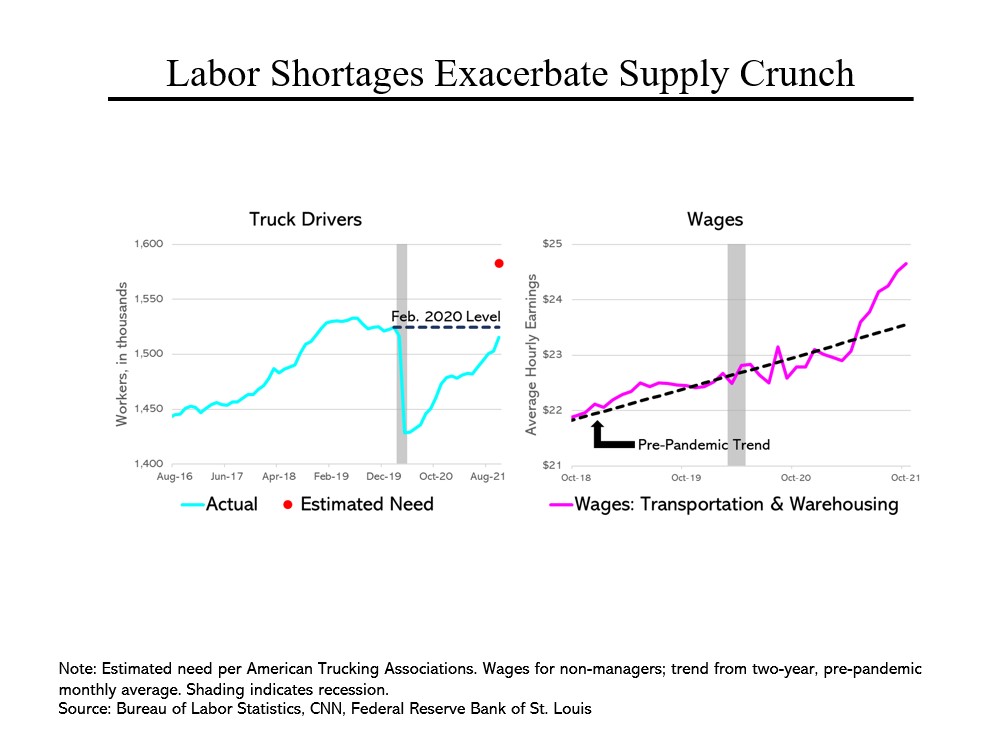 Getting stuff into the United States is only part of the problem. It has also been difficult to move goods by truck within the United States. Even before Covid, the country was short tens of thousands of truck drivers. Now, we need an estimated 80,000 truck drivers to move goods efficiently. One solution, far down the road, is automated trucks. For the immediate future, the solution seems to be to pay more for drivers. Average hourly earnings for those in goods transportation have jumped to about $24.50 an hour, compared to about $22.50 before the pandemic. (Of course, inflation has been eroding those gains.)