In light of Friday’s strong jobs report, on MSNBC’s Morning Joe today, Steven Rattner charted the labor market’s ongoing recovery, highlighting the continued gap between available jobs and workers as well as the duel between rising wages and rising prices.

In the search for villains in last Tuesday’s disastrous election results for the Democrats, many fingers have been pointed at the state of economy – jobs and inflation. Unfortunately for the Democrats, the election came a few days too early; Friday’s jobs report provided some much-needed good news. 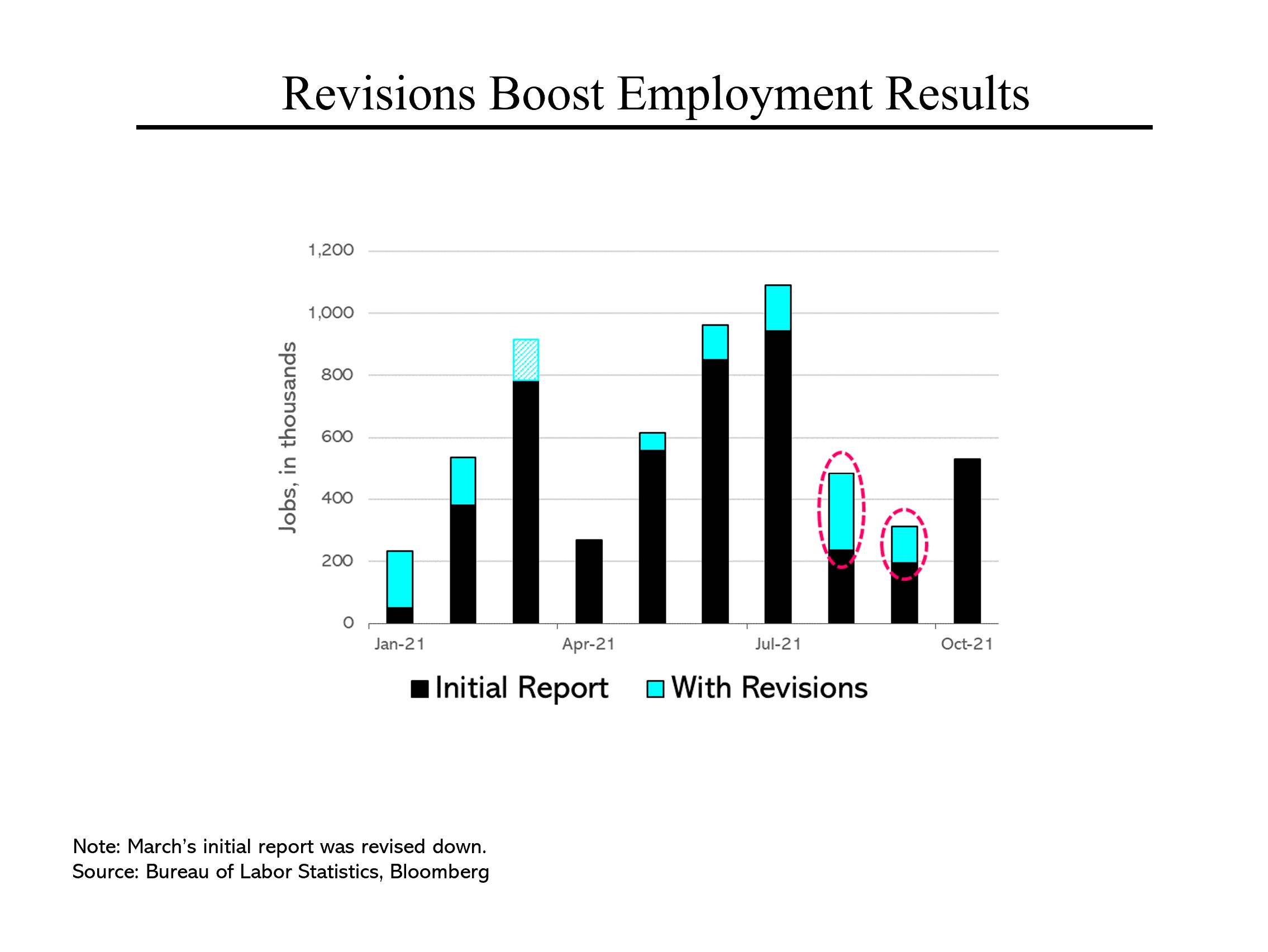 First, of course, was the 531,000 new jobs created in October, a strong number in any month but a particularly reassuring one after two months of anemic job additions. And the report contained another measure of good news: revisions to the prior two months of jobs figures that have now added 366,000 more jobs to the preliminary tallies for those months. Indeed, among the first nine months of 2021, early results were increased in seven of them. In only one was the first report revised down and in one, it remained virtually unchanged. All told, the upward revisions added 20% to the number of new jobs initially reported, good news that has almost surely passed by most Americans unnoticed. 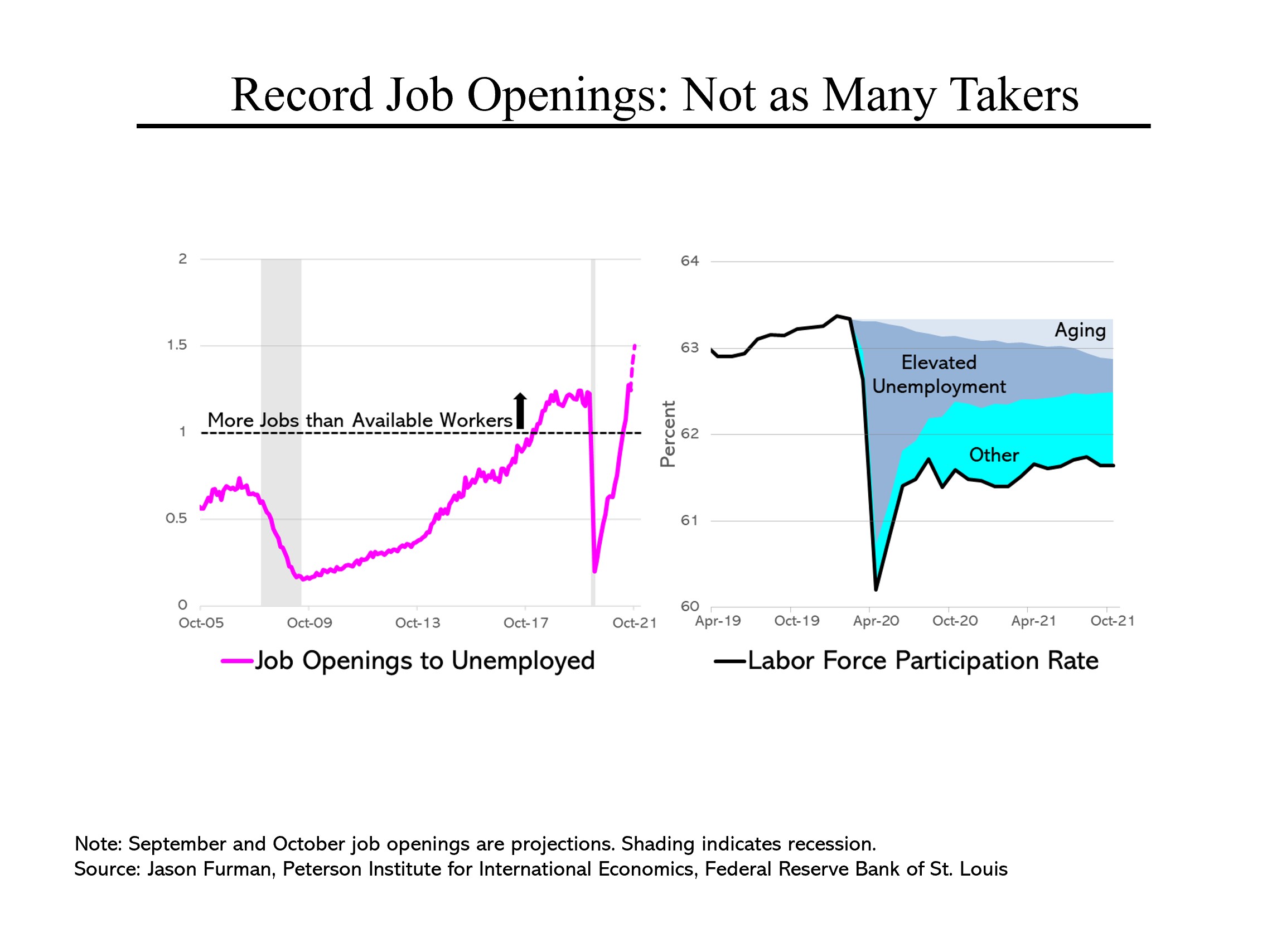 Even with the increase in filled jobs, an estimated 11 million jobs remain unfilled at the moment; 1.5 open jobs for each American looking for work, by far a record. That’s due in part to the large number of Americans who have dropped out of the labor force. Labor force participation went unchanged in Friday’s report, and there remain 3 million fewer members of the labor force than there were before the pandemic. Some of that decline is due to retirements (and some of that stems from early retirements as a result of the pandemic). Another chunk relates to the economic disruption from Covid. But nearly half of the gap remains unexplained — is it the lingering effects of large unemployment benefits? Childcare challenges? Health worries? Whatever the reason, in order to keep the economy moving upward, we need to encourage these Americans to return to work. 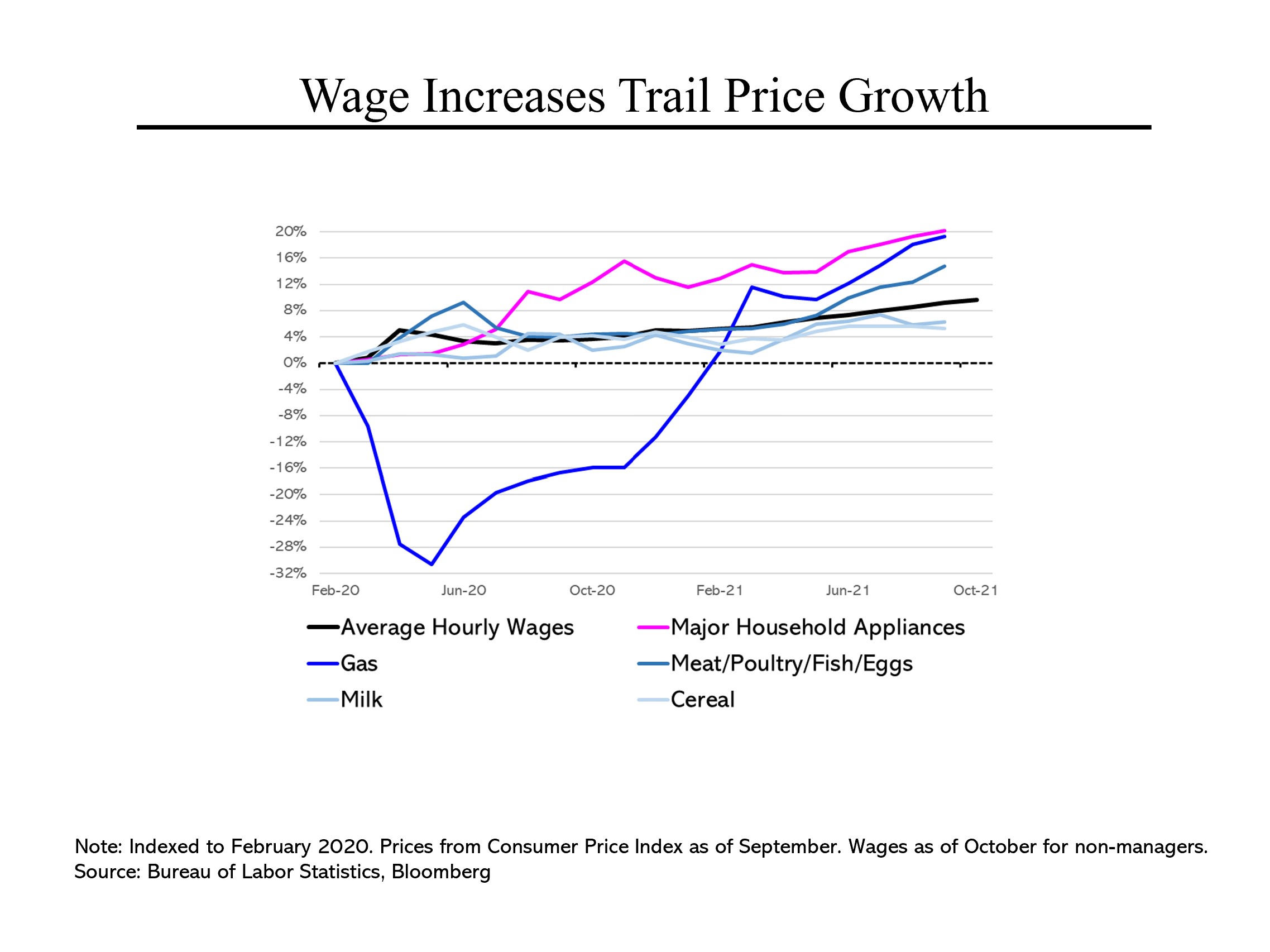 Friday’s report had good news on wages — they rose by 6% compared to a year earlier. And they grew particularly rapidly in sectors like hospitality, typically lower paid areas. But for many, the good news on wages has been more than overwhelmed by bad news on prices, particularly for everyday items. Gasoline, at nearly $3.50 a gallon across the nation, is up 19% since just before the pandemic arrived. Household appliances are up by 20%, in part due to supply chain problems. Chicken prices have risen by 15%. And on and on.