On MSNBC’s Morning Joe today, Steven Rattner charted how inflation has made its way to the Thanksgiving dinner table, adding to the fears that Americans have about rising prices.

As Americans sit down for Thanksgiving dinner on Thursday, inflation will be in the air – and on the table and pretty much everywhere else. 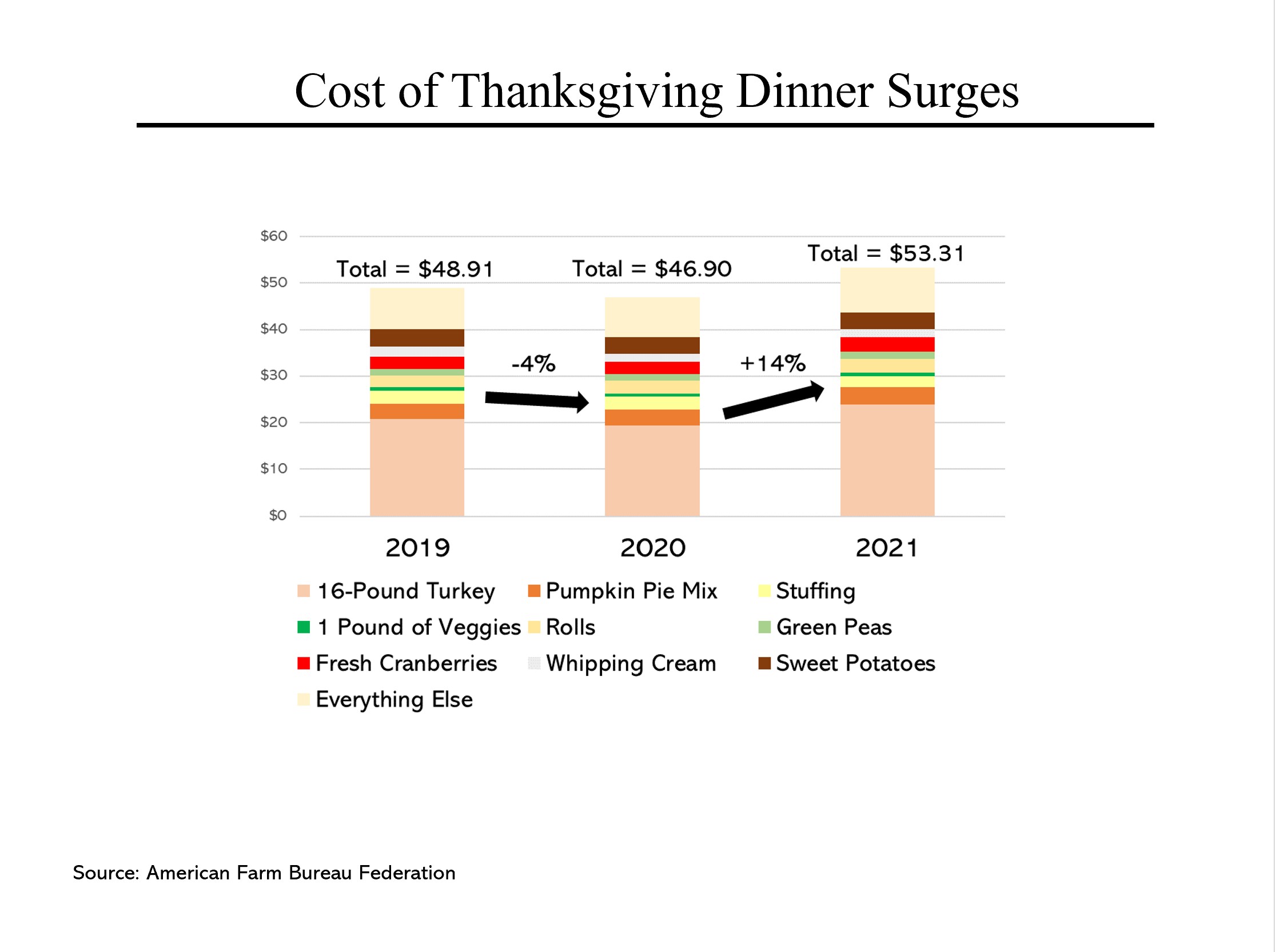 Last year, as the pandemic swirled, the cost of a typical Thanksgiving for a family of 10 fell by 4%, to $46.90. Not so in 2021; the cost of everything from rolls to the turkey itself are up, by a total of 14%. That’s the biggest jump in 31 years and interestingly, the first time in six years that the cost of Thanksgiving has risen faster than overall increases in the price level.

The turkey itself is up a whopping (pun intended) 24%, to $23.99 for a 16-pound bird. That’s due in significant part to the higher pay commanded by workers due to the now well-known labor shortages. (Those labor shortages also mean not so many small birds and more large ones.)

A few other big increases: pumpkin pie mix, rolls and fresh cranberries. Only one item in the traditional meal fell: stuffing. 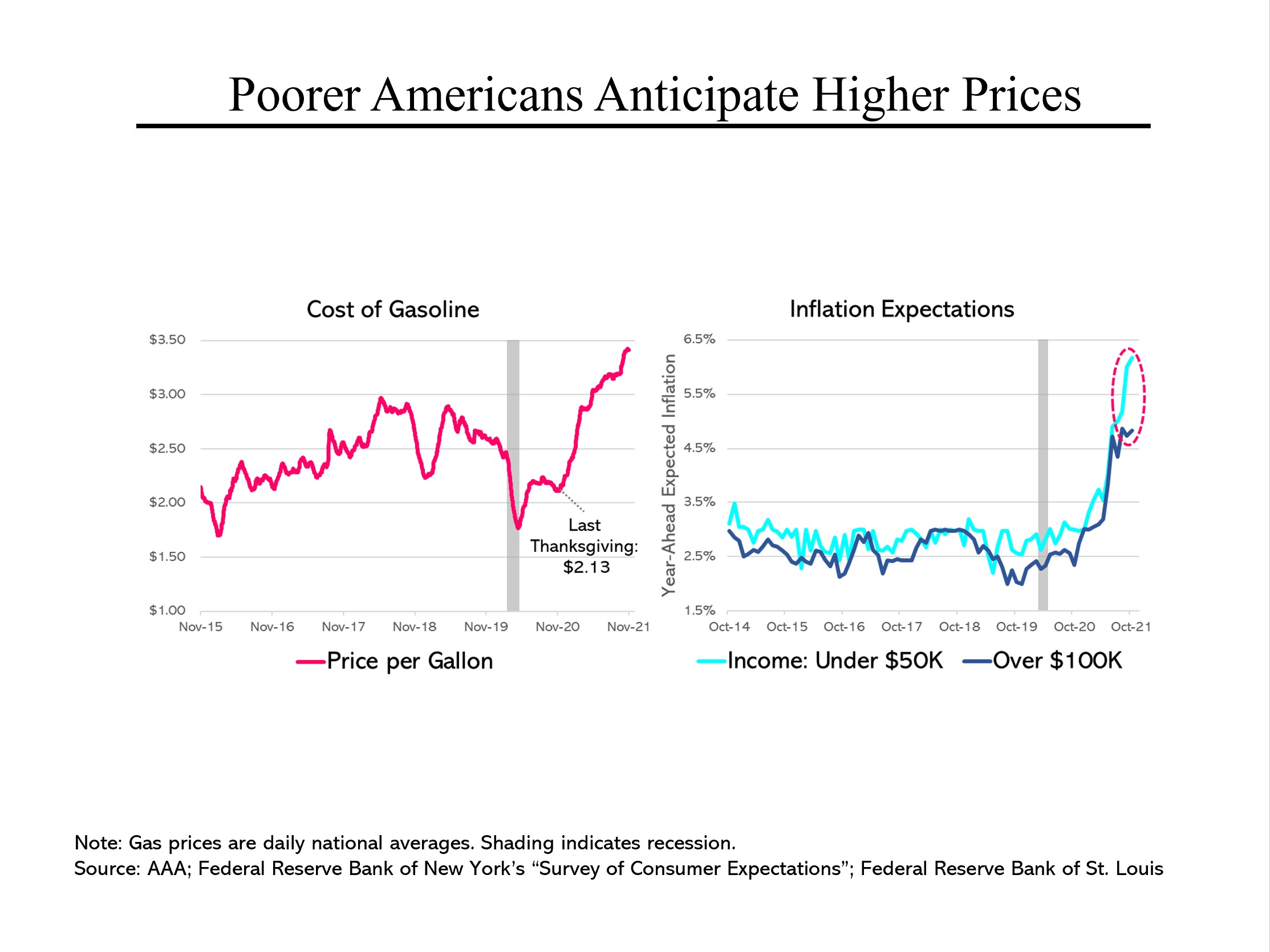 Just getting to Grandma’s house will also cost more this year; gasoline prices now average $3.40 per gallon, a 60% increase from $2.13 a gallon a year ago. Don’t count on President Biden’s decision to draw down some of our emergency supplies; oil prices rose Tuesday on the news. And even with higher gas prices, Americans are expected to be on the road, with travel projected by the AAA to be within 5% of pre-pandemic levels.

Inflation is well known to hit Americans further down the income latter harder – so no surprise that those less fortunate expect prices to rise faster in the next year than those at the top: a further 6.2% for those making less than $50,000 per year compared to the 4.8% anticipated by those making more than $100,000, the largest gap in expectations in 7 years. 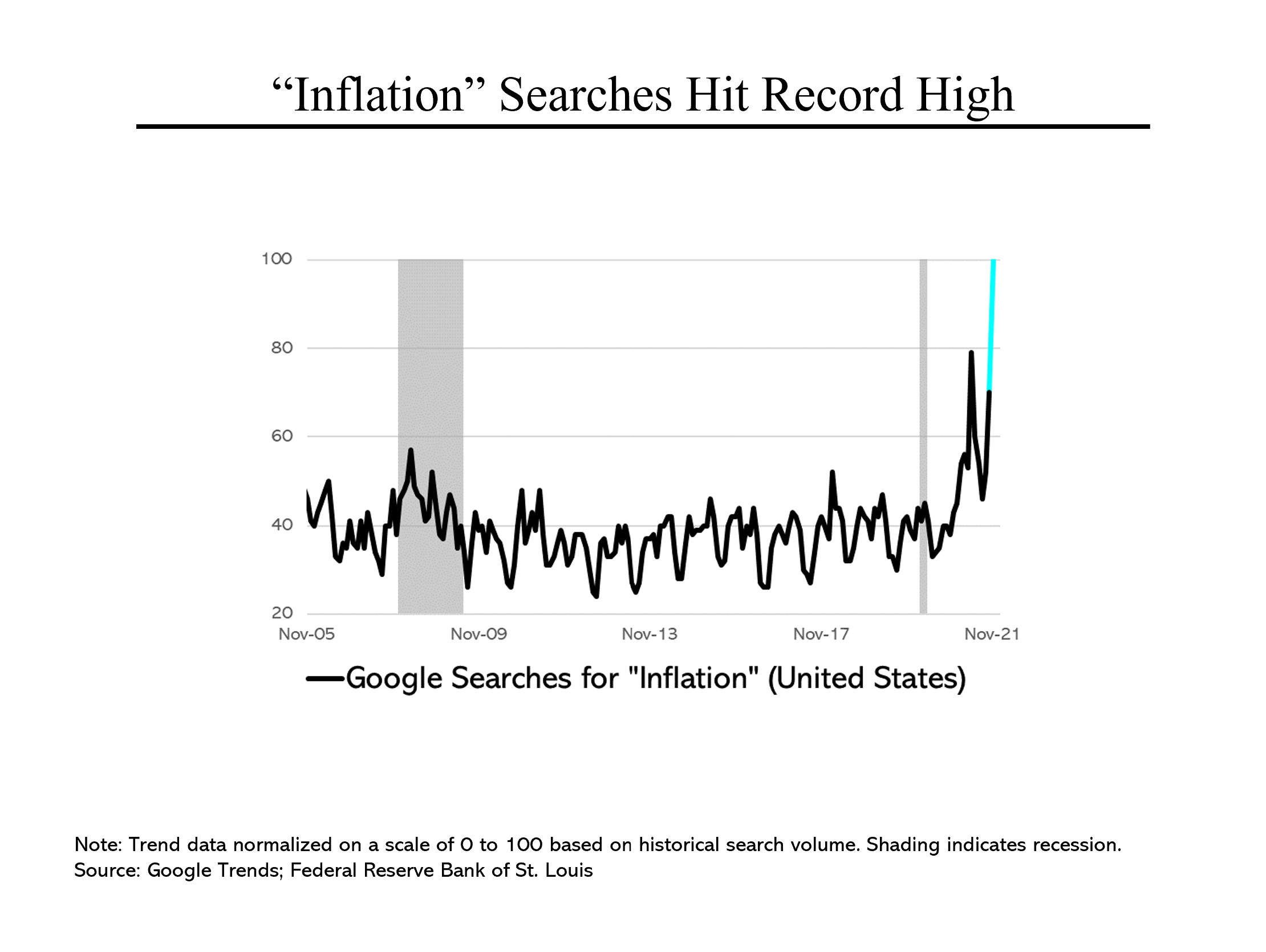 Google wasn’t around the last time we had a sustained bout of inflation so perhaps it’s not surprising that Google searches for inflation hit the highest level since the search engine was created more than 15 years ago. Indeed, in November, the volume of queries was 2 ½ times larger than it was pre-pandemic.