On MSNBC’s Morning Joe today, Steven Rattner charted how this year’s lopsided labor market has led workers to quit their jobs with increased confidence and demand higher pay from employers.

A pandemic is raging, unemployment remains above 5%….and Americans are quitting their jobs in record numbers. 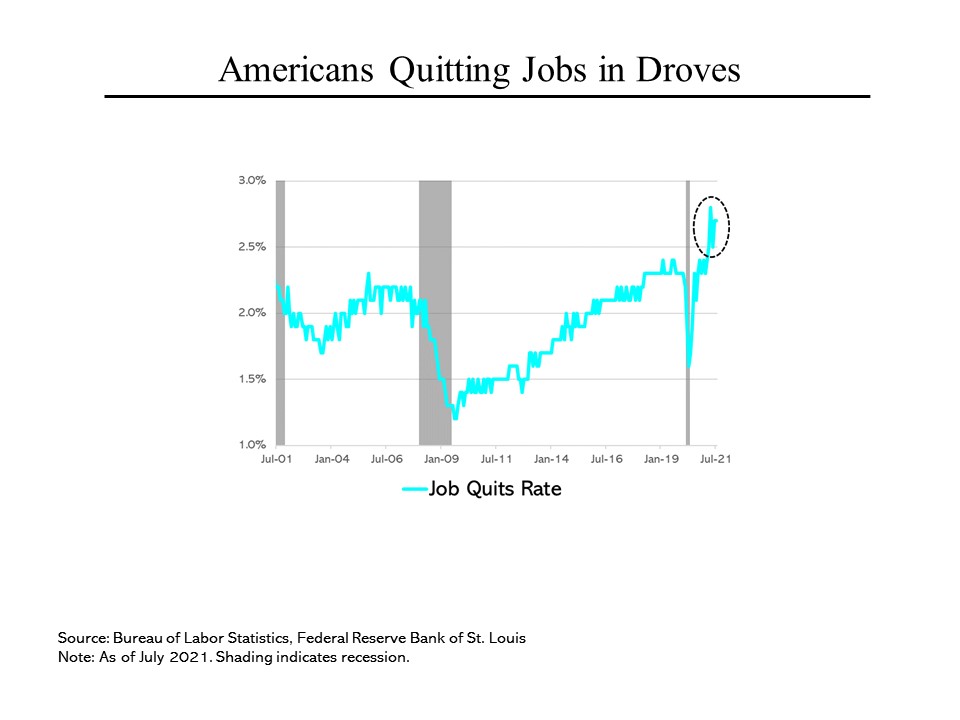 Not surprisingly, the percentage of Americans leaving their jobs has always fluctuated, generally in line with economic conditions. In the early 2000s, it hovered around 2% per month. During the great recession, it dropped to as low as 1.2%, before climbing back up to 2.4%. When the pandemic hit, the quit rate briefly dropped but then soared to record levels. In July, 4 million Americans – 2.7% of the workforce – left their jobs.

Quit rates vary by industry and in July, the highest rate – 5.1% – was in leisure and hospitality. That conforms to more anecdotal reports; many Americans have been saying that they don’t want to go back to cleaning hotel rooms or serving hamburgers at a fast food restaurant.

Part of what is driving Americans to leave their jobs is the perception that they have better alternatives. In July, there were a record 11 million openings, up from 7 million in February 2020. According to recent surveys, nearly two in three workers are currently looking for a new job, primarily in search of increased wages, career improvement, and flexibility. As recently as May, that figure was just one in three workers. 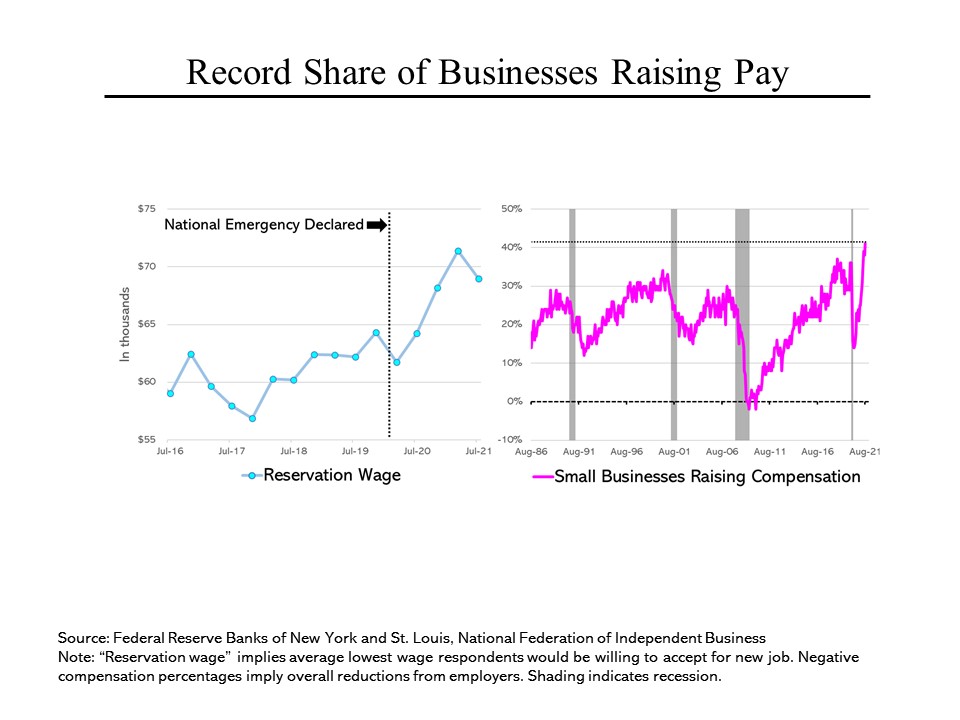 Given those employment conditions, it’s not surprising that Americans’ pay expectations have risen. Before the pandemic, the “reservation wage” hovered around $60,000 or $65,000 a year. In the last several months, that figure has soared to about $70,000 a year. That’s also not shocking because businesses have been raising wages in order to fill their job rosters. Last month, 41% of small businesses reported having to raise compensation. That’s the highest total on record, in a data series that goes back to the Reagan administration. It’s particularly remarkable to be occurring in a post-recessionary environment, with unemployment at 5.2%.