A key component of President Biden’s American Jobs Plan – his $2.25 trillion “infrastructure” proposal – is how to pay for it; many legislators of both parties do not want another massive unfunded spending program like the $1.9 trillion American Rescue Plan that was passed earlier this year. The Biden plan is to raise corporate taxes and in particular, increase the corporate income tax rate from 21% to 28%.

Importantly, the president wants to make a variety of other changes to the corporate tax code to address the fact that in 2018, at least 91 of the Fortune 500 paid an effective federal tax rate of zero or less. These companies come from wide variety of industries and included Amazon, Delta Air Lines and Starbucks. 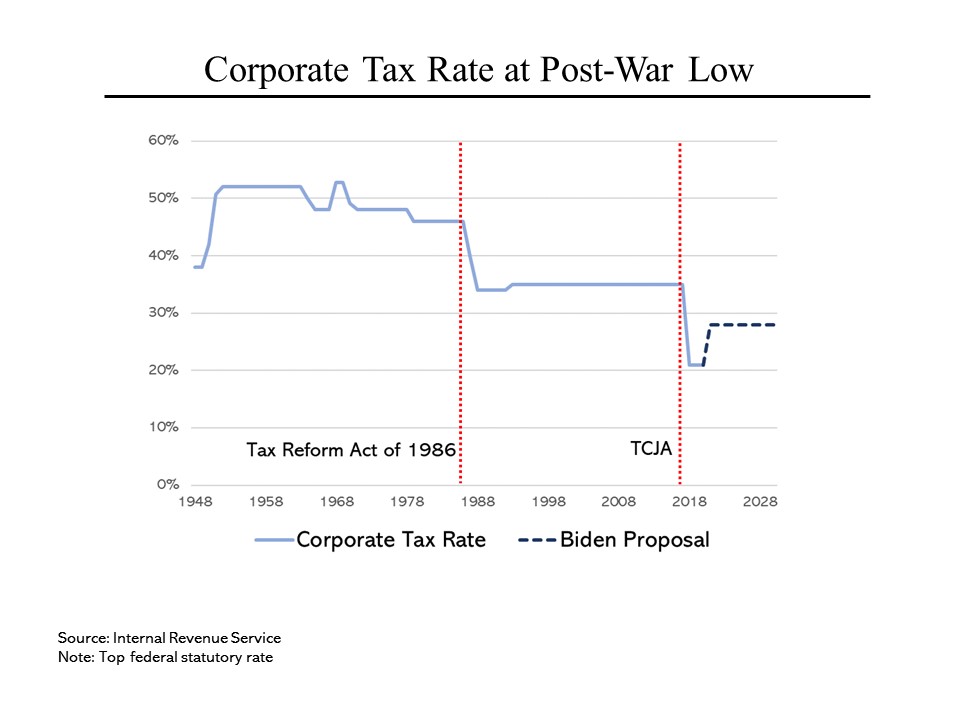 Like individual income taxes, the corporate tax rate has been on a downward trajectory since the 1980s. Throughout the early post-World War II period, it hovered around 50%. But then the signature 1986 Tax Reform Act cut it to 34% (and made a similar reduction in individual tax rates). There it mostly sat until President Trump’s Tax Cut and Jobs Act, which lowered it to 21%. What President Biden is proposing is to split the baby and move it to 28%, exactly halfway between where it was before the TCJA and where it is today. 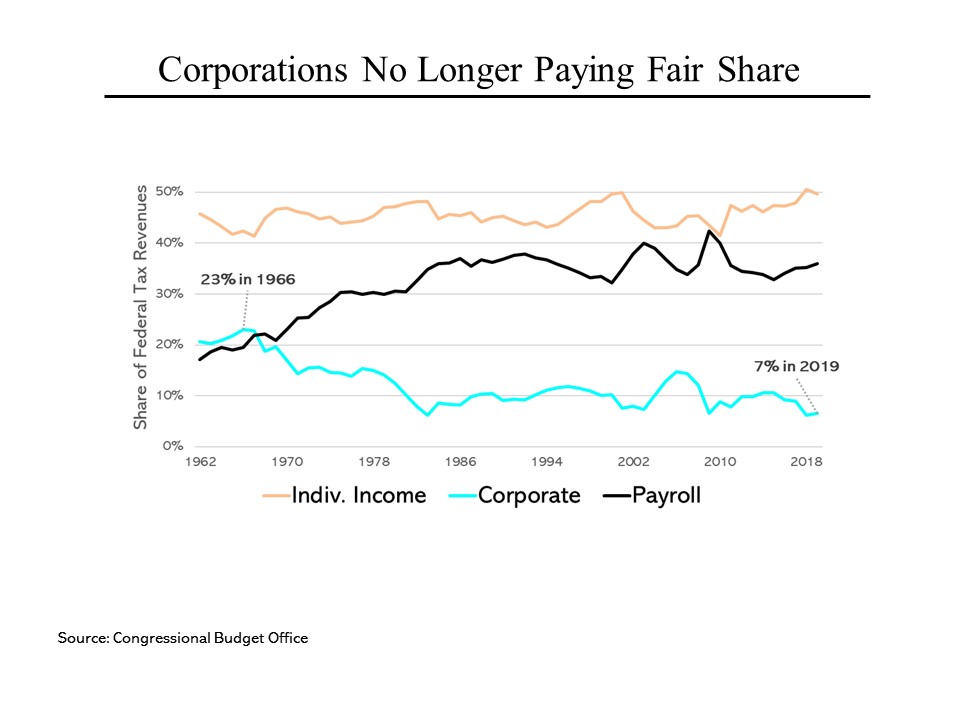 Making companies pay more seems only fair, particularly when viewed through the lens of the federal budget. Back in 1966, corporate taxes accounted for 23% of all federal tax revenue, slightly more than the government collected in various payroll taxes (principally Social Security and Medicare). But in the ensuing decades, payroll tax receipts (as a share of all tax revenues) rose substantially while the portion of total revenue coming from corporations fell, all the way down to less than 7% after the passage of the TCJA. As a share of the size of the economy, the United States collects less corporate tax than nearly every developed economy in the world. On its face, that’s patently unfair and a trend that needs to be reversed.

(In fairness, note that part of the reason for this decline has been the propensity for businesses to be organized and taxed like partnerships, which has also been driven to save taxes.) 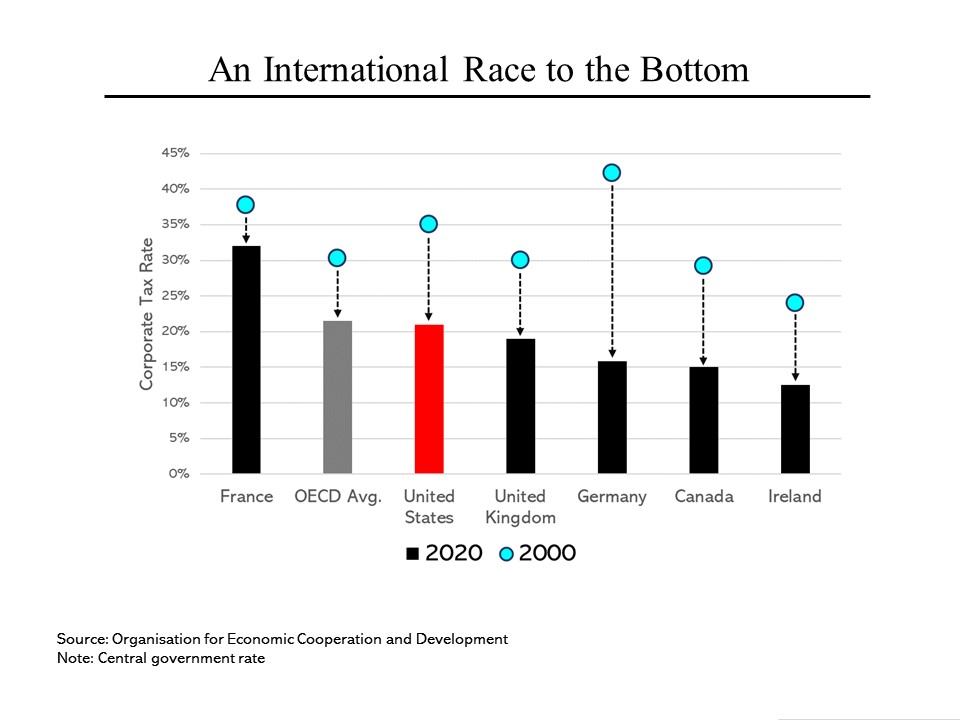 Unfortunately, raising the corporate tax rate is not as simple as it may sound. Among the many consequences of globalization is that companies have found easy ways to move their profits – and sometimes themselves – to jurisdictions that have more favorable tax regimes. That has led to a race to the bottom, in which even countries like Britain have cut their corporate tax rates in what may sound like a perverse effort to increase their revenues. That’s why President Biden has coupled his plan to increase US corporate tax rates with a renewed effort to persuade the 37 members of the Organization for Economic Cooperation and Development to agree on global minimum standards for tax rates.

Some major countries seem to understand this need; Finance Minister Rishi Sunak of Great Britain recently proposed increasing its corporate tax rate to 25% from 19%. But while getting a global accord will still be a tough undertaking, we should all be cheering on Mr. Biden and his Treasury Secretary, Janet Yellen, in this critical effort.