Thursday’s Labor Department report showed that June was another month of positive news on the employment front – 4.8 million jobs added and a fall in the “headline” unemployment number to 11.1%. But as often is the case, there was more to the announcement than those two numbers. 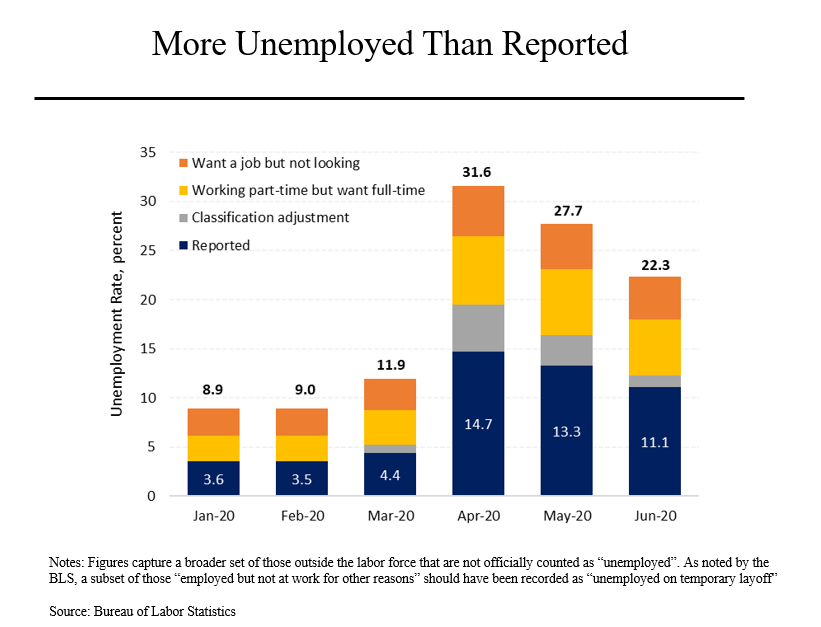 For starters, the Bureau of Labor Statistics “headline” unemployment rate reveals just a portion of the state of the job market. In addition to the 11.1% of Americans who are reported as unemployed, another 1.2% were on the sidelines but not counted due to “classification errors” relating to the unusual circumstance of the current downturn. In addition, another 5.7% of Americans were working part-time but wanted to work full-time. On top of that, a further 4.3% of adults wanted a job but were not actively looking for one. That brought the more realistic measure of unemployment to 22.3%.

That represents progress since May, when the broad measure of unemployment was 27.7%, and April, when it hit 31.6%, but is still the highest since the Great Depression (as is the 11.1% headline number).

Looked at another way, in June, 37 million Americans wanted a full-time job but only had part-time work or no work at all. 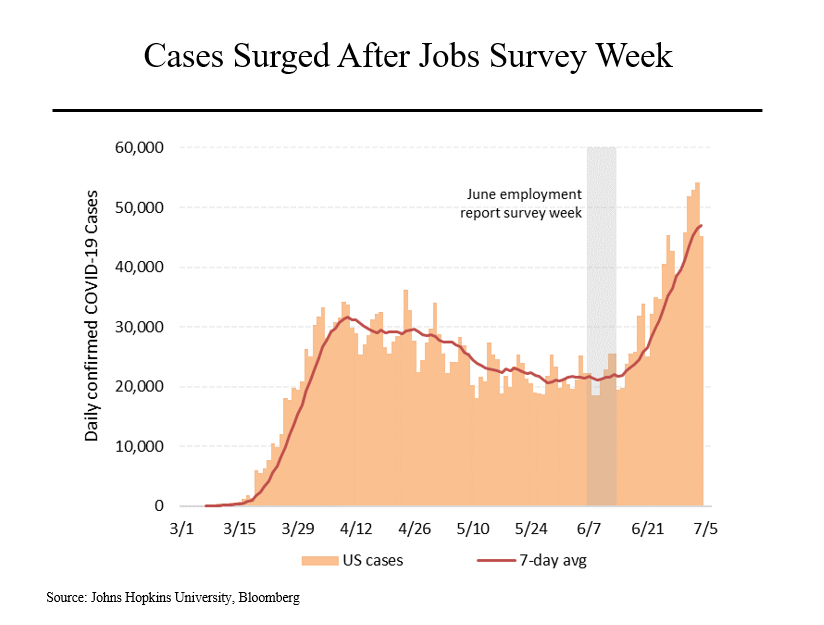 The good news about the June jobs report may also be less than meets the eye for another reason: The survey on which the report is based was taken in the second week of June, when new virus cases were close to their low of about 25,000 per day. Almost immediately thereafter, the case load began to climb and is now at more than 45,000 a day.

That may well have consequences for jobs in coming months. One hint of this may have been in the weekly release of new claims for unemployment insurance, also released last Thursday. For the third consecutive week, that number again came in higher than expected, at 1.4 million. (As a frame of reference, before the pandemic recession, new claims never exceeded 695,000 in a single week.)

In addition, the number of Americans receiving unemployment insurance surprisingly rose slightly in the latest week to 19.3 million. That also does not augur well for future monthly reports. 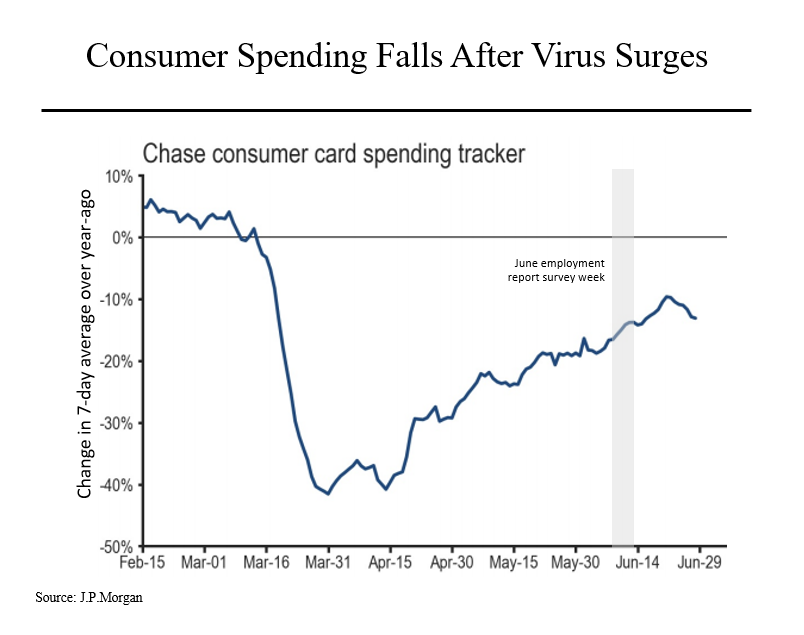 Finally, early evidence is emerging that the recovery in consumer spending and overall economic activity may be feeling the effects of the surge in virus cases. Tracking of credit card use by Chase shows that spending peaked on June 21 at 9.6% below pre-virus levels and is now running at about 13% below that mark. So far, the pullback appears surprisingly widespread across states and demographic groups, with the falloff in Texas standing out as particularly notable.