On MSNBC’s Morning Joe today, Steven Rattner presented charts debunking Trump’s latest claims that the economy under his tenure is the strongest in history or even better than under his immediate predecessor.

Donald Trump’s interview Sunday with Chuck Todd on Meet the Press was filled with lies and exaggerations, including with respect to the economy.

“Obama had a lousy economy. It was a dead economy…Nobody was working. The whole place was a disaster.” 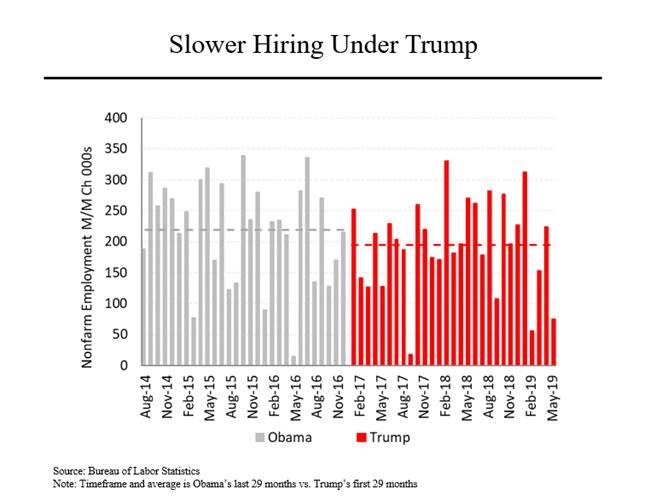 That statement is patently ridiculous. In fact, in the last 29 months of President Obama’s time in office, more jobs were created than during Mr. Trump’s first 29 months as president – 219,000 jobs a month for Mr. Obama versus 195,000 jobs a month for Mr. Trump. And from the nadir of the recession in 2009, unemployment on Mr. Obama’s watch fell from 10.0 percent to 4.7 percent. And the number of unemployed also fell, by 3.7 million. All of these are far more dramatic achievements than those of Mr. Trump, although in fairness, Mr. Trump is only part way through his first term. 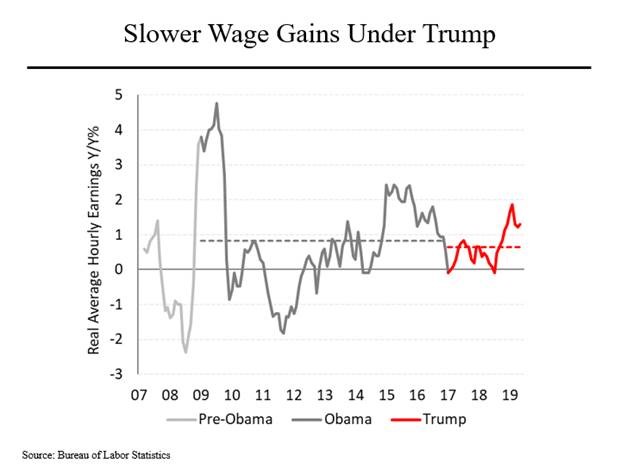 Equally importantly, wage gains have been slower under Mr. Trump than they were under Mr. Obama. After adjusting for inflation, wages under the current president have increased at an average annual rate of 0.65 percent, compared to 0.8 percent during the Obama years.

“My economy is phenomenal. We have now the best economy, maybe in the history of our country.” 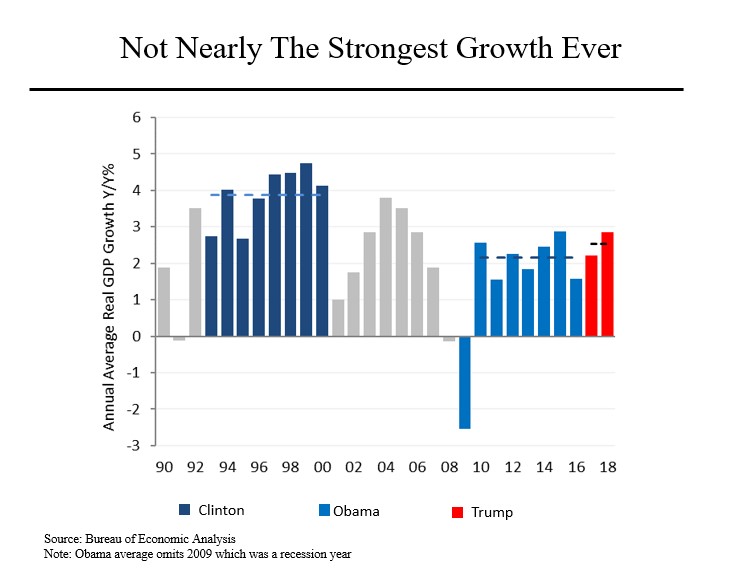 Well, no, not exactly. You have only to go back to the Clinton years to find an economy growing substantially faster than Mr. Trump’s. Across his eight years, Bill Clinton averaged 3.9 percent annual growth in real GDP, compared to 2.5 percent for Mr. Trump. Even during Mr. Obama’s tenure, the economy (after the recession troughed) was growing nearly as fast – 2.2 percent per year.